The video marked the first time Obama and Harris appeared alongside one another since the former California prosecutor was tapped to be Biden's running mate.

Harris began by asking the former president about his relationship with Biden.

“What do I need to know? Like what's the thing about the ice cream. He loves ice cream. Tell me about that,” the California senator asked.

Biden has a well-known sweet tooth for ice cream, and was frequently photographed indulging in the frozen treat while on the campaign trail as both a candidate and incumbent vice president alongside Obama. 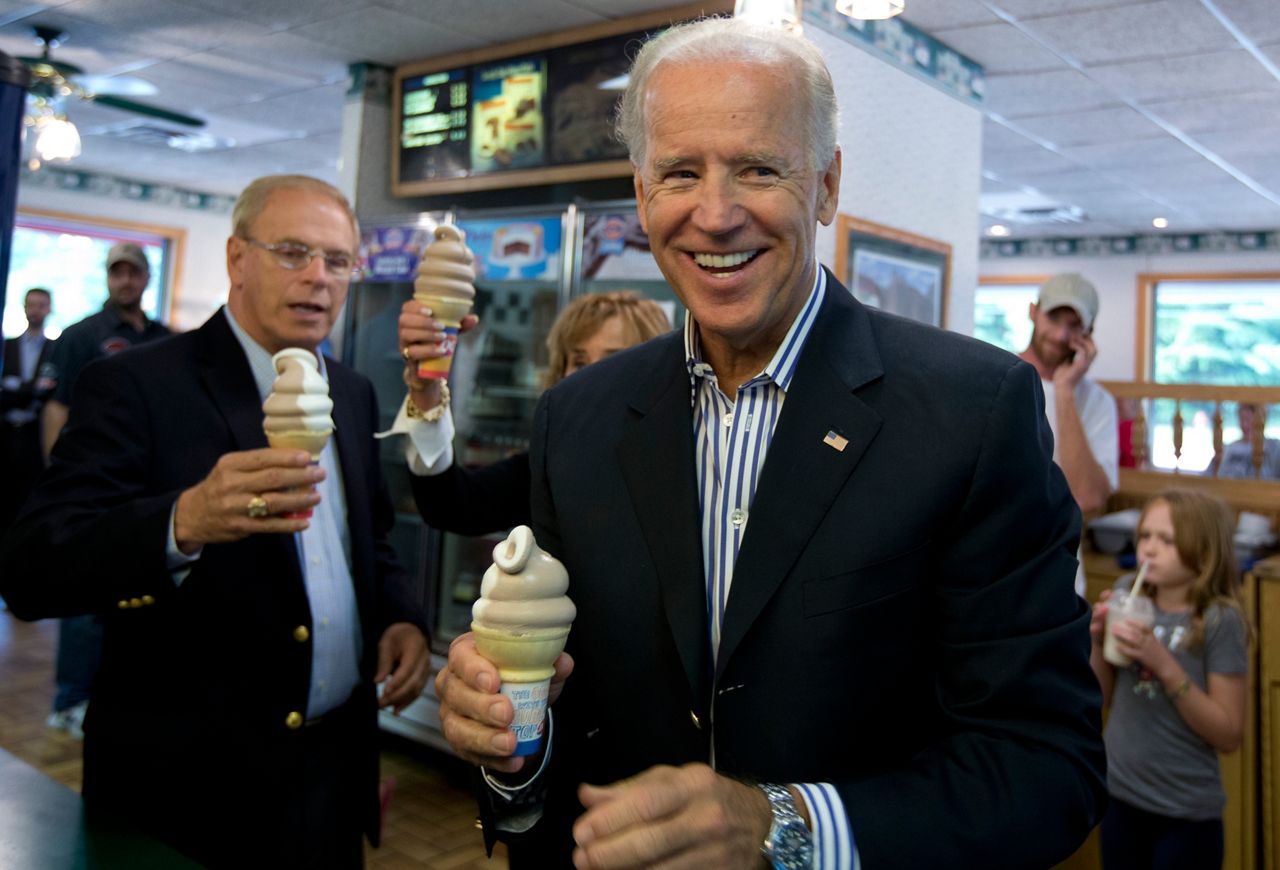 “Well, listen, ice cream is big,” Obama responded. “Pasta with red sauce. He can go deep on that. He really does like those aviator glasses, he knows he looks good in ‘em.”

The former president also praised Biden’s ability to connect with people of all backgrounds on a personal level.

“The main thing to know about Joe is that Joe has never lost his sense of why we do this, and we do it because of you know for him, memories of his family back in Scranton and then the people of Delaware that he represented, the folks on the Amtrak train he met each and every day,” Obama said.

“What that means is that if you have a joint event, he may be taking a little longer than what appears on the schedule ‘cause he will be talking to every single person,” he later added.

Harris agreed, saying, “I love that about him, too.”

The campaign video is the latest push in a packed week of campaign events for Biden and Harris, as well as their opponents President Donald Trump and Vice President Mike Pence.

On Monday, Biden marked Labor Day by meeting with union workers in Pennsylvania hours after President Trump delivered a speech from the White House.

The President is set to host in-person campaign events in both Florida and North Carolina on Tuesday.