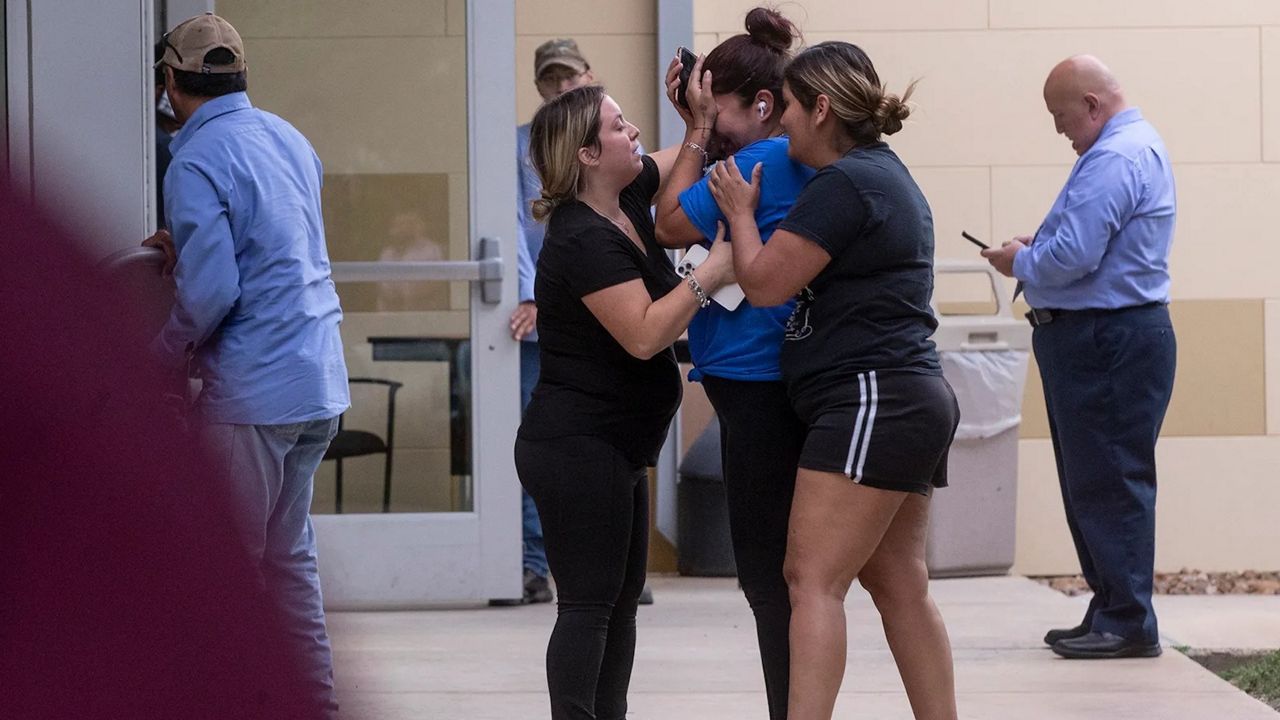 Community members grieve as they gather at the unification station at the Civic Center following the shooting at Robb Elementary School in Uvalde, Texas on Tuesday, May 24, 2022. (Mikala Compton, Austin American-Statesman/USA TODAY Network)

LEXINGTON, Ky. — News of another deadly school shooting Tuesday was overwhelming for Jeni Bolander, a high school teacher in Lexington.

“To think that people like me just went to work yesterday, and that was it,” she said.


The discussions Bolander has had with fellow teachers and union members with KY 120 United have all centered on the need to put tighter gun laws in place.

“We’re all just disgusted and over it,” Bolander said. “The people who are supposed to be taking care of us continually make these laws that do nothing to actually keep us safer.”

Eddie Campbell, president of the Kentucky Education Association, said more discussions need to be had about gun reform.

“Today we’re praying for the victims and their families,” he said. “The question is: what are we going to do tomorrow? What actions are going to be taken tomorrow to find these solutions?”

State lawmakers have tried to address school safety in the past, passing the School Safety and Resiliency Act in 2019 following a deadly shooting at Marshall County High School.

“The goal was to find a solution, a bill that would prevent this ever happening again, or at least to make it not be so tragic,” Rep. Kevin Bratcher (R-Louisville) said during a committee meeting this year.

The law includes guidelines for school building access, active shooter training, and school counselors, along with several other parts. It also requires schools to have an armed police officer in each building; a requirement that was strengthened by Bratcher’s House Bill 63 this year.

Campbell said parts of the 2019 law were a good step, but armed officers aren’t necessarily the answer.

“This conversation goes beyond just an SRO discussion, and there’s no guarantee that having an SRO in the building provides a safe environment,” he said.

19 children and two teachers died in the shooting at Robb Elementary School in Uvalde, Texas. Texas law enforcement officials said an armed school resource officer “engaged” the gunman outside the school, but the gunman later entered the school through a back door.

Bolander said she wants lawmakers to reverse the recent trend of loosening gun laws in Kentucky so something similar doesn’t happen here.

In 2019, Kentucky lawmakers passed a bill allowing people to carry a concealed weapon without a permit. This year, lawmakers approved a measure prohibiting police in the state from enforcing a potential federal ban on guns or ammunition. Both bills passed with mostly Republican support.