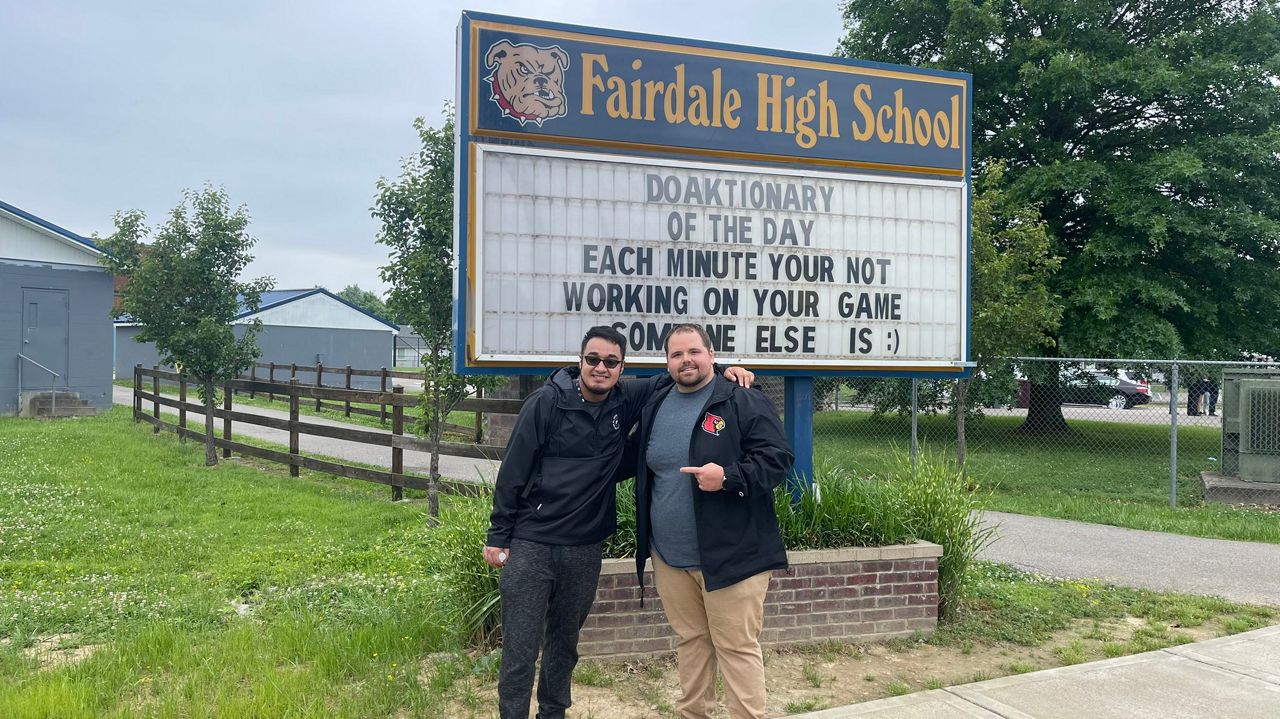 LOUISVILLE, Ky. — Fairdale High senior Erik Castellanos never thought attending a four-year university right after high school would be in the cards for him. That all changed, though, after a little encouragement from one of his favorite teachers.

Castellanos said that was difficult, but he’s used to challenges, as he has overcome more adversity than most to get to this point. He is a first-generation American. His parents are from Mexico, so English is his second language.

“My mom and dad weren’t great at speaking English, so I had to learn for myself. I also had to cope with the fact that I have a speech impediment, so it is much harder for me to speak English or Spanish,” said Castellanos.

He also didn’t think attending a four-year university would be possible. Nobody in his family had done that. Plus, he didn’t know how he could afford it. All of that changed, though, thanks to computer sciences teacher Jonathon Toohey.

“He asked what are you going to do after high school? I said, ‘Hmm I should start small and go to community college at JCTC.’ He asked me why not go big and start at a university? I said, ‘You know, why not?’“ said Castellanos, recalling a conversation he had with Mr. Toohey earlier this school year.

Castellanos said Mr. Toohey changed his entire perspective on what was possible.

“I looked over his shoulder at one time and he was doing some pretty high level math. I said ‘Erik, I think you can go higher to bigger and better things,’” said Toohey.

With support from one of his favorite teachers, he took the leap of faith and applied to the University of Louisville, which is Mr. Toohey’s alma matter.

“He [Mr. Toohey] was also a first generation college student, so he had to learn all of that stuff by himself,” said Castellanos. “He taught me how to apply for college and scholarships and all those sorts of things.”

Not only did Castellanos get accepted, but he secured enough scholarships to cover most of his tuition, room and board.

Now, Castellanos shows his younger siblings that anything is possible, just like Mr. Toohey showed him.

“I am really happy for myself and my family is proud of me for what I’m doing,” said Castellanos.

He will attend UofL’s Speed School of Engineering in the fall, where he will also play in the marching band.