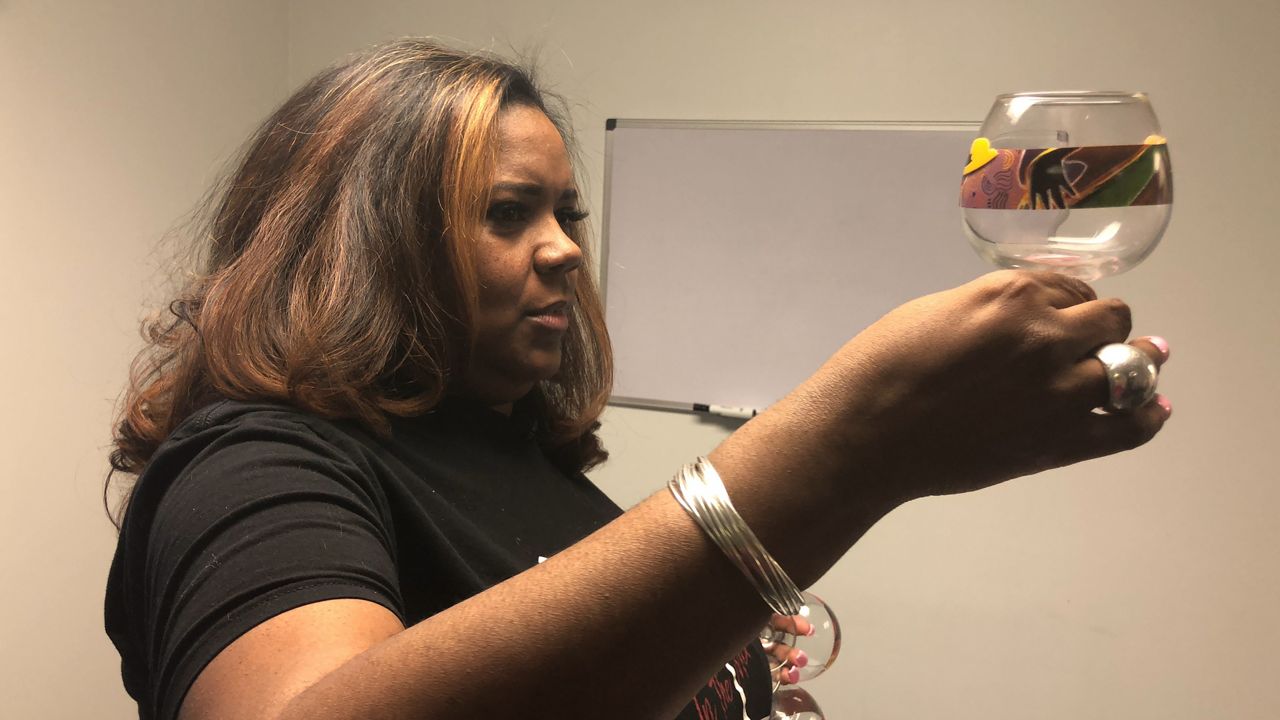 Meet the first minority owner of a bartending school in Kentucky

LOUISVILLE, Ky. — A Louisville woman is making a splash by operating her own bartending school. Breast cancer survivor Charisse LeMaster is the first minority owner of a bar tending school in Kentucky.


On most Mondays, LeMaster teaches students the art of making a layered drink.

“We found out, I think all of us found out during the pandemic, that our normal streams of income could be altered, could be changed,” LeMaster said.

She found herself in need of well-trained bartenders, so she added another title to her name: owner of In the Mix Bartending School.

“Bartending is a skill once you have it, you have it,” LeMaster said. “You just have to build on it and learn and grow and it can develop into many other things.”

It’s a skill that provides financial independence, LeMaster said. Her motivation became the driving factor to offer the 5-week course, and as a result, she became the first minority owner of a bartending school in Kentucky.

“When I did it, I wasn’t thinking about that,” LeMaster said. “I don’t think I knew that. I wasn’t cognizant of it. I just really had the desire to do it. I waited a long time and I had to plan it out.”

Her students train, and after the course, some pick up jobs for LeMaster’s events.

“I was on the other side of the bar, so I’m the one going out ordering the drinks, not learning about what the drinks are. I was tequila and sprite with lemon on the side and asked for nothing else,” said Nacherell Allen, a student who took LeMaster’s course.

Just two years ago, Allen, 30, learned how to bar tend. Because of the pandemic, her social interactions became limited, and she began working from home.

“It’s more relaxed than my primary job, so this is something that I can actually… it’s not like working. This is recess for me,” Allen said. “It’s not sitting at the computer thinking a whole lot. It’s a whole lot of fun, meeting great people and it’s a great way to network without actually feeling like you’re networking.”

Allen said she learned the tips and tricks from LeMaster while she develops the newfound joy in bartending.

“We’re in Kentucky. So you know, there’s bourbon, there’s always opportunities in this industry,” LeMaster said. “We have some that are taking classes to be bourbon masters. There’s so many other things that can branch off for that.”

LeMaster’s courses run every five weeks. In the end, students take an exam testing their understanding of Kentucky alcohol laws. And while bartenders in Kentucky aren’t required to have a license in order to sell alcohol, she said most students who train with her have an advantage when landing jobs.