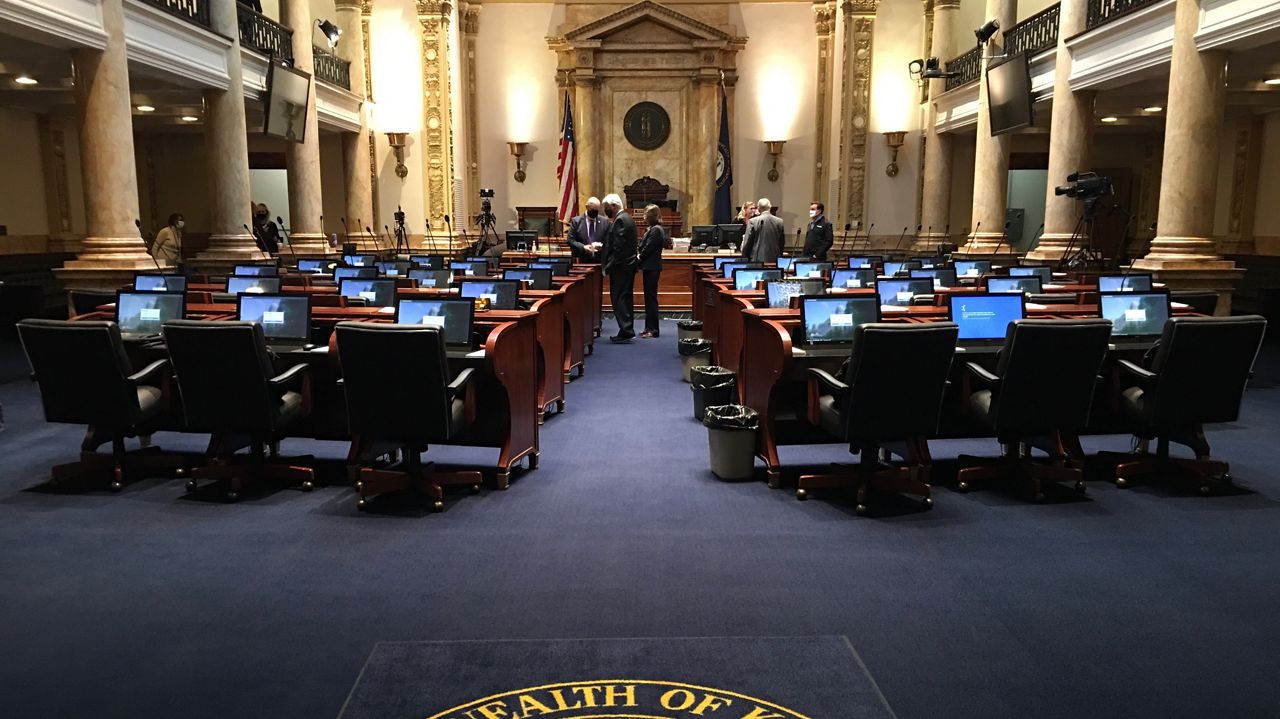 “We’re certainly not taking away from this tragedy, but we must recognize the science behind this tells us that it’s time for us to move to the next step,” Sen. Donald Douglas (R-Nicholasville) said.

Supporters of Senate Joint Resolution 150 said it’s another step towards returning to normal.

“I know I got people back home in Clark and Montgomery County; they’re enjoying life again,” Sen. Ralph Alvarado (R-Winchester) said. “Do you think that we’re still in a state of emergency is the question you should be asking for people back home, and I think we know that we’re not anymore.”

Lawmakers overrode the governor’s veto of SJR 150, even though it could mean Kentucky loses out on $50 million in federal food benefits for low-income families.

“Everything we do has to do a cost-benefit analysis,” Sen. David Yates (D-Louisville), an opponent of SJR 150, said. “We know what the cost is. What’s the benefit? What is the benefit, other than just a political shot at the governor?”

Republicans said Gov. Beshear could seek a 30-day extension of the emergency SNAP benefits if he wants to.

Lawmakers also pushed through a bill cutting unemployment benefits, tying the length of those benefits to the state’s unemployment rate, and adding more work search requirements.

Benefits currently last up to a maximum of 26 weeks, but under House Bill 4, benefits would be cut to anywhere from 12 to 24 weeks, depending on the state’s unemployment rate. Benefits could be reduced starting at six weeks, depending on a claimant’s job search status.

“Across all sectors, every industry, help wanted signs are up everywhere,” Sen. Damon Thayer (R-Georgetown) said. “If you are an able-bodied healthy Kentuckian, there is no excuse for you to not have a job.”

Opponents of the measure say it only hurts working families, especially in rural Kentucky, where the unemployment rate tends to be higher.

“These are workers who couldn’t have been fired for cause; who couldn’t have simply just quit or someone who has just failed to look for a new job,” Sen. Morgan McGarvey (D-Louisville) said. “These are people who are looking for work who were let go through no fault of their own.”

Lawmakers only have about one more week to pass laws before the veto break starts.

The House also passed House Bill 607, a measure that streamlines the state’s taxes on horse betting: all taxes, whether they’re made at the track, online, or through simulcast wagering, will be taxed at 1.5%.

Rep. Adam Koenig (R-Erlanger) said it could mean another $4 million for the state’s general fund per year.

“I’m sure all those tax rates made sense at some point, but they don’t make sense anymore,” he said.

The measure does not touch taxes on historical horse racing machines, despite debate last year on whether the slot machines are bringing in enough money.

“In addition to taking care of the bettors, we are going to make Kentucky the most desirable place, if you want to wager on horses, in North America,” he said.

But many lawmakers, Republican and Democrat, said the bill should tax historical horse racing more.

Rep. Josh Calloway (R-Irvington) tried to add an amendment that would’ve raised the tax on historical horse racing machines from 1.5% to 6%.

“If we are going to do this, and we continue to move forward with it, then we should benefit as much as possible from this and try to get as much for the state as we can,” he said.

“We are losing here,” she said. “And need to stop being beholden to corporations that have not treated us fairly, and that have not operated in good faith.”

Several other lawmakers defended Churchill Downs on the floor, saying they’re a good corporate partner with the state.

House Bill 607 moves to the Senate, as well as a separate bill creating a $50 million fund to help gambling addiction programs.