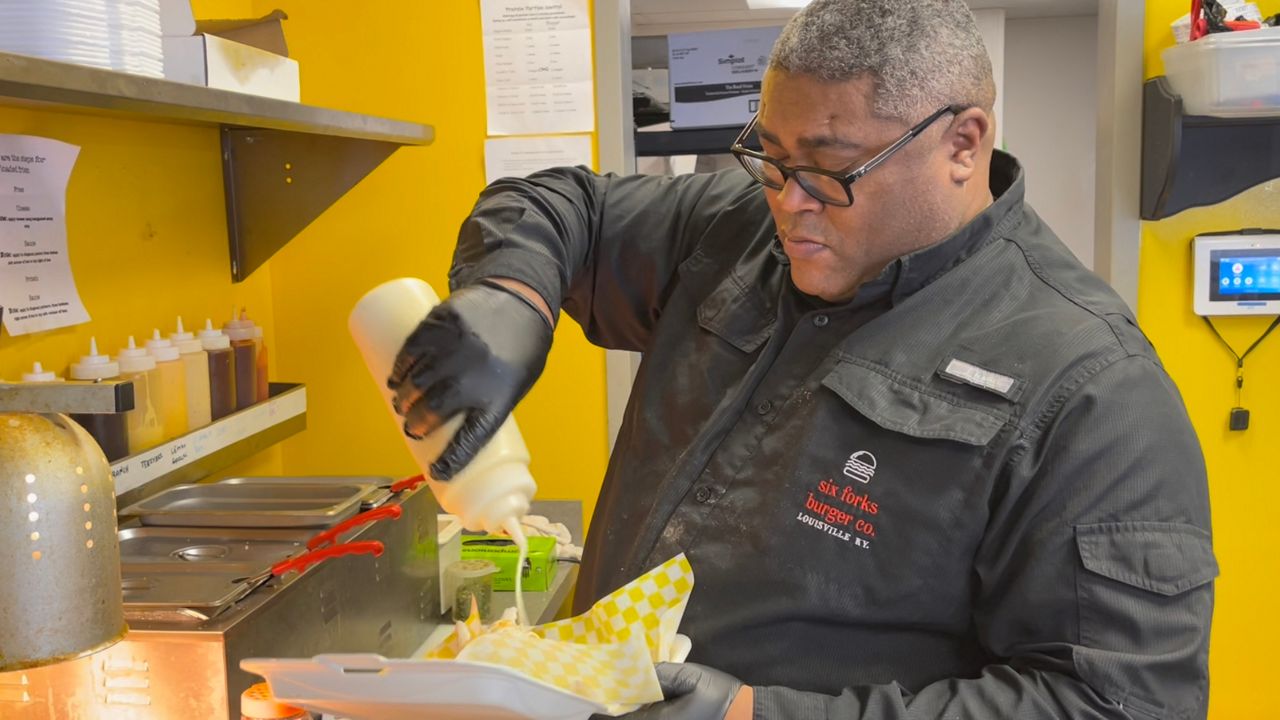 LOUISVILLE, Ky. — As COVID-19 restrictions continue to be eased, many restaurants across the state are working hard to hire more people.

A Louisville restaurant in the Clifton neighborhood that temporarily closed its doors last year because of limited staffing is back in business.

The pandemic has been far from easy for Troy King, the owner of Fry Daddy’s on Brownsboro Road.

“First you get the delta, then you get the omicron, and it’s man like can’t you just catch a break,” he said.

The loaded french fry concept with several options to choose from has this small business owner getting creative.

The father of six takes pride in coming up with solutions to grow his restaurant business.

But the pandemic is proving to be one of the biggest hurdles yet for this former police officer turned business owner.

“When you’ve got all these restaurants who are fighting for this very small pool of people it’s very competitive. So, now I’m seeing that it’s really going to be based on relationships that you make,” King said.

Like many, the lingering labor shortage is having a wide range of effects on the industry. Some restaurants, like Fry Daddy’s, had to close temporarily.

The 53-year-old says he’s never seen anything like this in his eight years in the restaurant industry.

“There’s just no rule book on how to weather a pandemic,” King said.

He says the combination of struggling to hire staff in addition to inflation has made things tricky.

“Catfish, chicken wings, commodities, like those prices up and down, up and down, but more up than down,” King said.

During the four months that Fry Daddy’s was closed, the owner says they worked on everything behind the scenes and for his other business, Six Forks Burger Co.

“It’s a no-brainer, I mean, so I’m committed to the end. I’m just trying to learn and do better as far as responding to the particular situations,” King said.

Despite the setbacks and potential roadblocks ahead, King is optimistic about the future.

“Everything is a learning curve and I mean, adversity is not meant to stop you, it’s just meant to test you,” he said.

According to the Labor Department, job growth accelerated last month by adding 678,000 jobs.