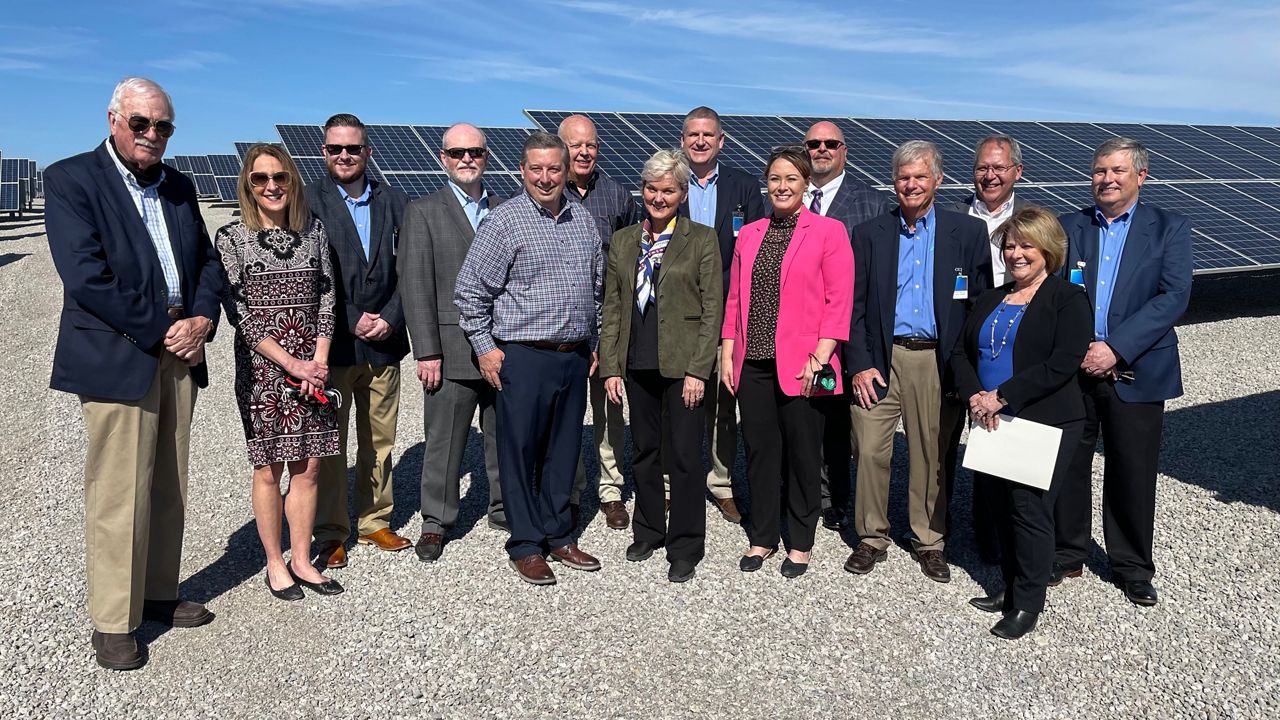 
Following President Joe Biden’s State of The Union address, U.S. Secretary of Energy Jennifer Granholm toured the East Kentucky Power Cooperative solar farm to talk about the importance of renewable energy across the country and in the Bluegrass State.

“You’ve got this incredible example right here of co-ops who’ve decided to put their stake in the ground on solar,” she said. “It’s not their whole portfolio, but the fact that they’re making this massive commitment to renewable energy as one solution is really an important message."

The former Michigan governor applauded Kentucky’s clean energy efforts as a leader in the adoption of solar.

“Solar is just one piece of the clean energy pie that we should be taking advantage of as a nation,” Granholm added.

After inspecting an array of solar panels, Granholm talked with business leaders while promoting Biden’s goal of creating a more sustainable America.

“The United States has not had a big solar panel manufacturing opportunity. So the president wants to emphasize which he has a whole strategy to do. These panels will be built here, the racks underneath them will be built here,” Granholm said.

Kentucky’s Lt. Gov. Jacqueline Coleman joined her Wednesday, and both are touting the need to invest in solar energy and said the Bluegrass State has the resources to do so.

“The question is, are we going to be making that stuff or are we going to allow other countries to do it? This is why the president is really focused on bringing manufacturing back to America and taking advantage of this whole clean energy sector to be able to people to work here,” Granholm explained.

In his annual speech before congress, Biden highlighted the Build Back Better Act, which includes tax credits that can cut the cost of installing rooftop solar panels by about 30%.

“I have solar panels on my house. I pay about $12 a month for my energy because the solar panels are basically allowing me to live off of sunshine,” Granholm explained.

Addressing rising prices at the gas pumps following Russia’s invasion of Ukraine, Granholm said the U.S. and its allies have agreed to release 60 million barrels from their reserves.

Granholm also met with Gov. Andy Beshear and local energy leaders at Schneider Electric for a roundtable discussion to highlight the impact of clean energy.