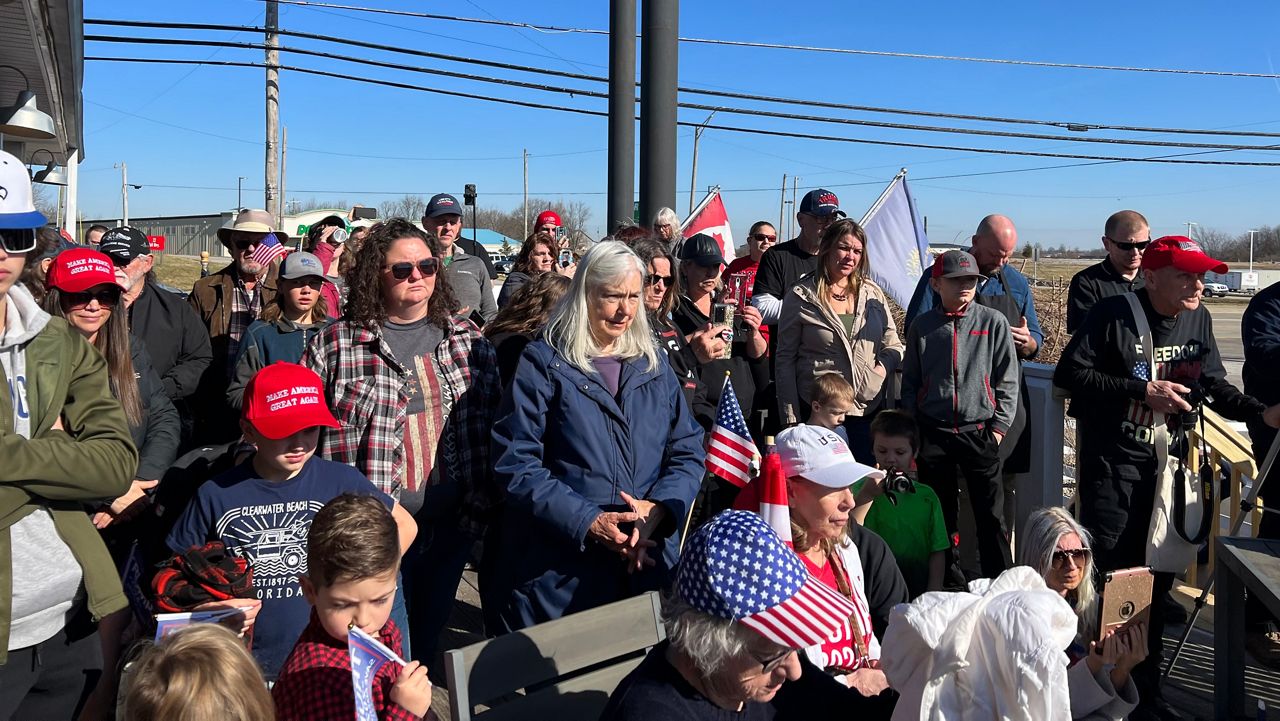 The People's Convoy is on a mission to protect constitutional rights

DRY RIDGE, Ky. — Tommy Weber, a member of The People’s Convoy, said the group’s goal to have truckers ride up to Indianapolis and then out to Washington, D.C. is to protest COVID-19 mandates and protect Constitutional rights.

“We demand the declaration of national emergency concerning the COVID-19 pandemic be lifted immediately and our cherished constitution reign supreme,” Weber said.

Former President Donald Trump declared a state of emergency in March 2020 which would have expired on March 1—until President Joe Biden extended it.

American flags on people’s vehicles and hand-painted signs, some saying “Ban all mandates,” were seen at local restaurant Beans in Dry Ridge on Wednesday as The People’s Convoy gathered on a local level before some rode up to a rally in Indianapolis. They have a goal of ending the mask and vaccine mandates.

“I think that’s an individual decision whether you want to be vaccinated or not,” said Daniel Wilson, an attendee of the event.

The group said they were doing this after seeing Canadians with The Freedom Convoy make the same arguments in their nation.

“We’re going to stand for what is right. And I think that’s something we’re going to have to continue to do no matter what is thrown at us, because folks, if we don’t get this right now—it will happen again,” said District 61 State Representative Savannah Maddox.

The People’s Convoy has listed where they’ll be traveling and on what day online. It lists that the group will travel into the Washington, D.C. beltway area on Saturday, March 5, 2022.