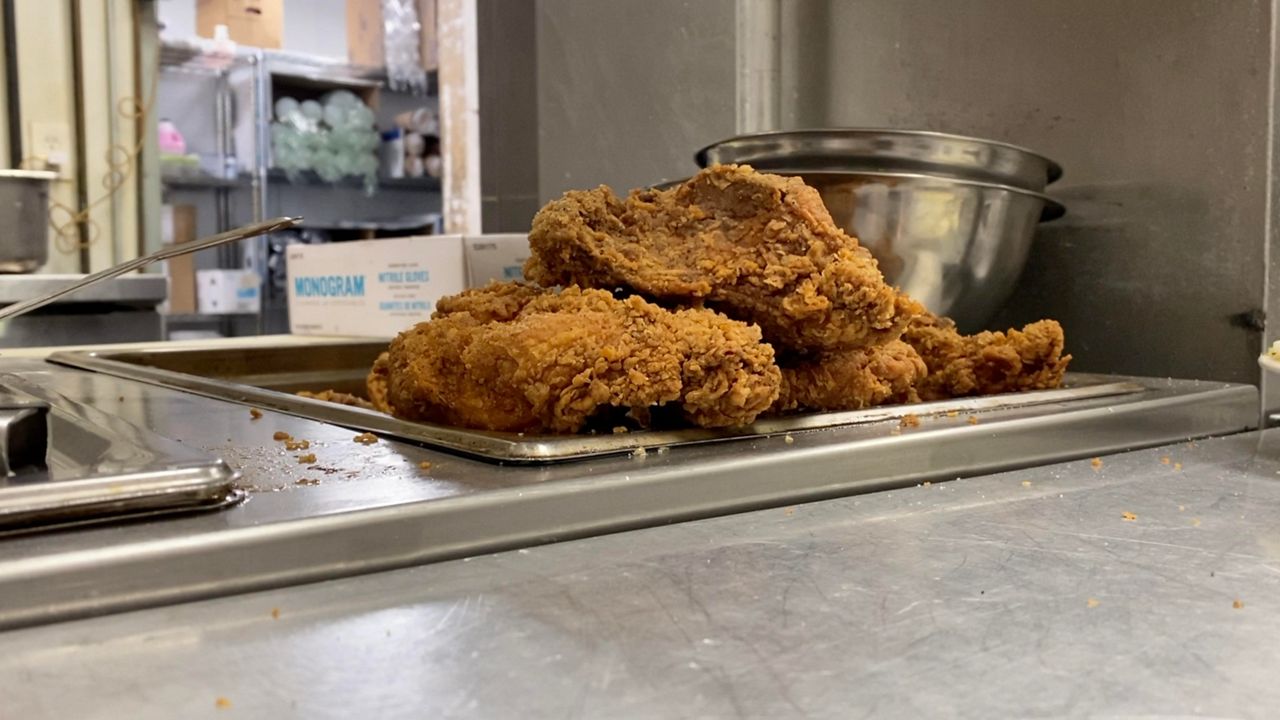 COVINGTON, Ky. — The COVID-19 pandemic has taken a toll on small businesses throughout Kentucky over the last few years. While many have succumbed to the mounting pressure and financial hardships, others have persevered, adapted and managed to stay afloat.

One Northern Kentucky restaurant could've gone in either direction.

There was a time, not too long ago, when looking across a dining room full of people enjoying their food seemed like a dream that might’ve already come and gone for Brad and Michelle Wainscott. That time, thankfully for them, has passed.

“Opening Libby’s was a dream of ours that we had together. It was Brad's passion, and I support everything he does,” Michelle said. 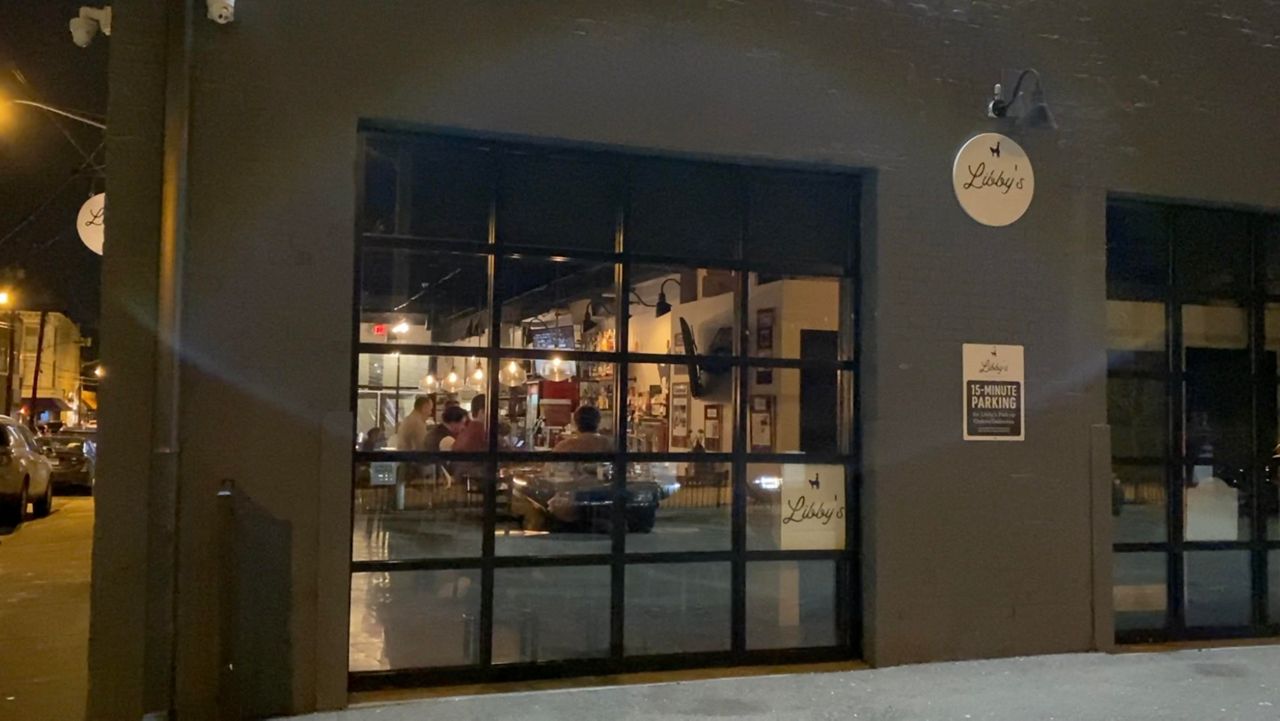 The Wainscotts are coming up on their three-year anniversary as owners of Libby’s Southern Comfort in Covington. (Spectrum News 1/Sam Knef)

She and her husband are coming up on their three-year anniversary as owners of Libby’s Southern Comfort in Covington.

The first part of the name comes from their daughter, and as the second part implies, customers can get their southern fix with oysters on a half shell and Cincinnati-inspired Goetta hush puppies. But the fried chicken, which is Brad’s spin on his family recipe, is the signature dish.

“Everybody has seemed to enjoy it. I mean, we ended up getting awards for it: ‘best fried chicken in the tri-state area,’ and so on,” he said.

The generally accepted rule, Brad said, is that in one's first year owning a restaurant, they’re going to take their lumps, and likely not make any money. But the Wainscotts were a success right away, and the lumps came after the first year.

“It's been a roller-coaster ride. You start off with a bang when we first opened,” Brad said. “And then the pandemic starts. COVID hits.”

Constantly changing regulations and peoples’ safety concerns about eating out were major challenges Libby’s and all restaurants had to take head on. The biggest challenge came when Gov. Andy Beshear announced all indoor dining would be shut down in Kentucky.

“It was a gut shot to everybody,” Michelle said.

“We were all kind of speechless. We all looked around at each other, and I mean there was really nothing I could say,” Brad said. “Our main concern was trying to save 35 jobs for people during something that happened that nobody’s ever seen before.”

The restaurant business is a family business for Brad. Not only do his wife and kids work with him at his restaurant, he has other family members who are also restaurant owners. 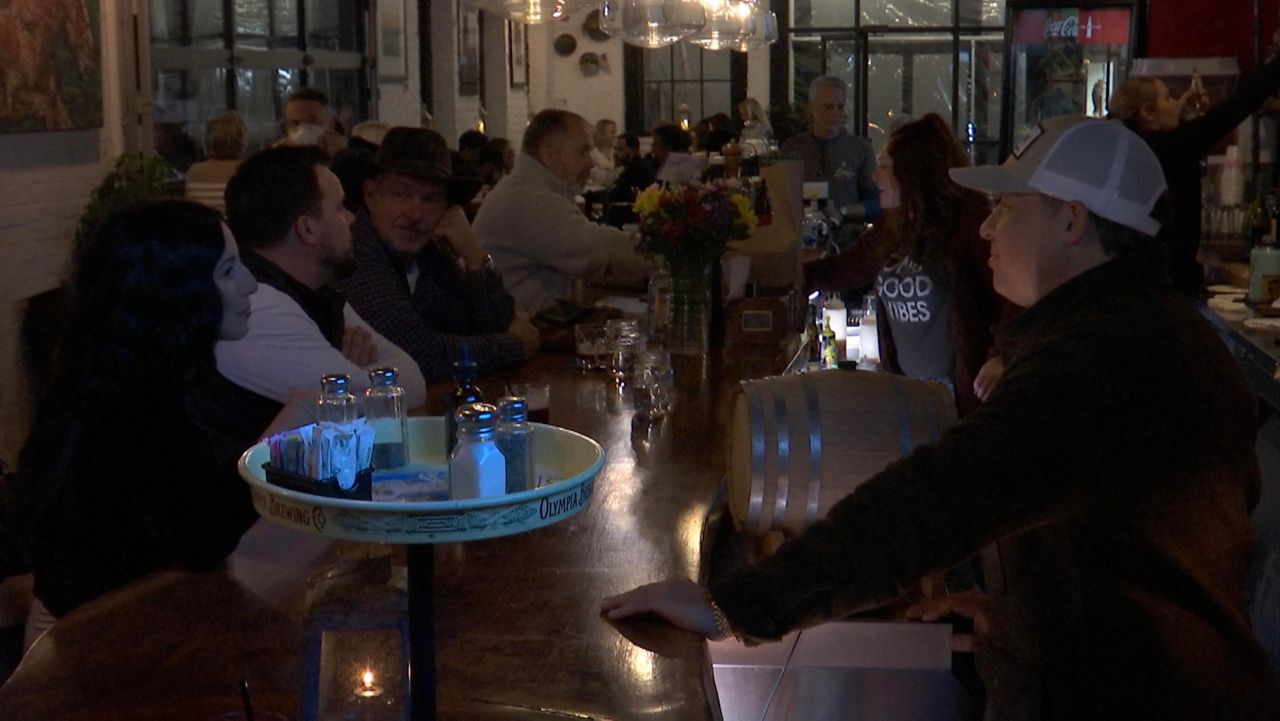 The challenges became too much of a burden for his father, who ended up selling the Greyhound Tavern in Fort Mitchell, and his brother-in-law, who sold the Merrick Inn Restaurant in Lexington. Both family members still have stakes in other restaurants.

“I’ve seen a lot of people that have been in this industry that have thrown in the towel because of COVID,” Brad said. “I kind of admire the fact that they did pass the torch the way they did. A little envious at times. But I also love this business. No matter what happens, we’re going to keep fighting, and get through this.”

Brad and Michelle both described themselves as fighters. They did what they had to do to stay busy and survive. That included things like bourbon raffles and a general shift toward more takeout orders. They even gave away toilet paper with orders when it was a scarce commodity.

Lessons learned include keeping a sharper eye on the pricing of foods, given supply chain issues, and better safety and cleanliness, Brad said. While the restaurant’s carry out market is the highest it’s ever been, they still enjoy seeing people eat in house, he said.

Even still, there were forks in the road, like a year ago when a lot of their employees were getting sick.

“OK, we’re shutting down for a few weeks,” Michelle said. “Are we gonna open back up? Or is this it?”

It was not it, thanks to loyal customers, who kept coming back.

“As a native of Covington it means a lot to see small businesses in general flourishing, but then also as a small-business owner myself, seeing a business survive a pandemic, I tip my hat,” said Jay York, who was eating dinner at the restaurant at the first time with some co-workers.

The passion the Wainscotts have is the secret sauce to success, Brad said, and the reason they plan to keep Libby's in the family, going strong.

“A Lot of the things we did after COVID hit are things we’ll remember for a long time. Helping other people, people helping us. I wouldn’t really want to do it again, but I wouldn’t necessarily change anything either,” he said.

Even though times have often been tough, the Wainscotts say the chicken has remained tender.