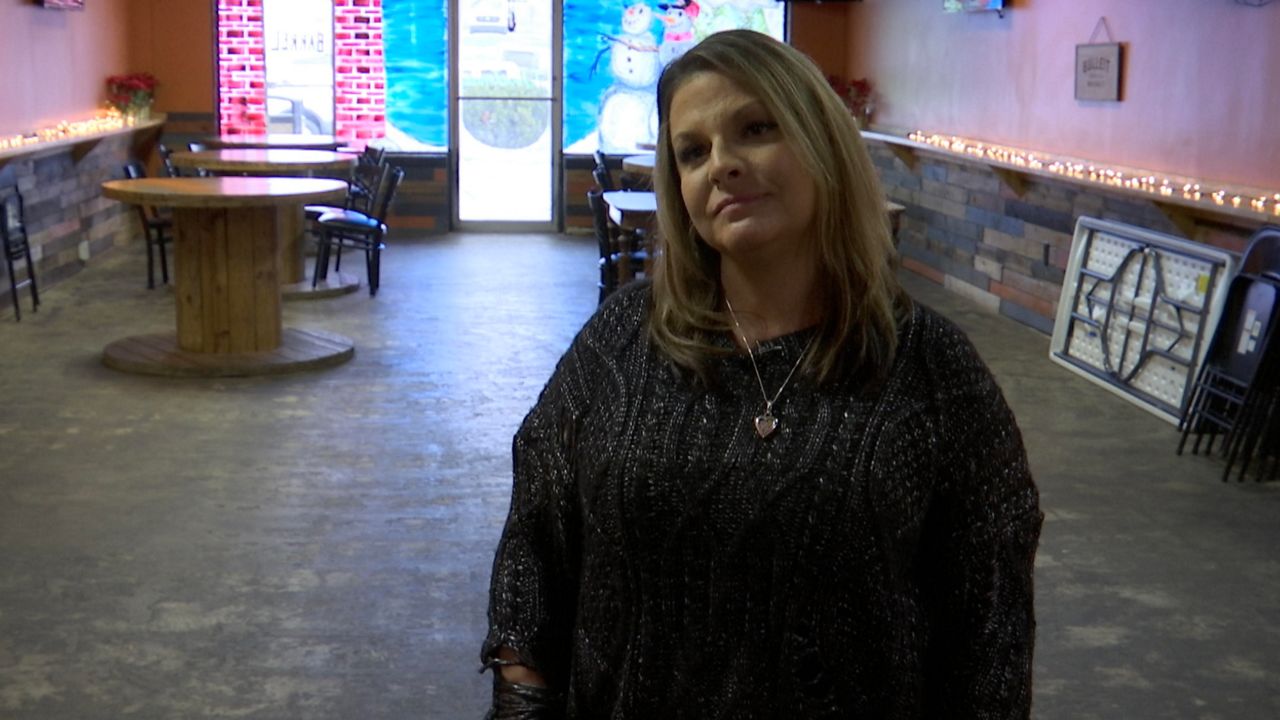 NORTHERN KENTUCKY — Getting sick with COVID-19 and dealing with the symptoms, which vary from person to person, can be a scary proposition on its own for many people.

At least those symptoms eventually go away for the majority of people who are able to recover.

Except when they don’t. That’s a very real, and even scarier reality many are facing.

As a certified medical assistant, April McCloud has dedicated her career to helping people heal. Healing herself is the last thing she ever thought she’d struggle with.

But that’s been the case for her the last few months. And struggle is putting it lightly.

“A lot of times I’ll read directions to something, and I don’t comprehend what I just read,” she said. “I would get lost driving to places that I know where I’m going. I would space out, which is nothing like me whatsoever.”

Brain fog is just one of the ailments she continues to suffer from.

“I still get headaches that run from the middle of my spine up my neck into my head,” she said. “So it started really sinking in that oh this can have long term effects.”

McCloud tested positive for COVID in September. Her symptoms were pretty severe from the start.

“It was horrible. The very first day, I felt like I had been run over three or four times by a cement truck. My eyes burned. My head just felt full of congestion. Body aches, couldn’t get out of bed. My fever was 103, 104,” she said. “Everything smelled and tasted like an ashtray. Ringing in my ears, blurred vision, massive headaches.”

She took things easy, consuming a lot of vitamins, and a lot of fluids. In a few days, or at most a few weeks she’d be on the mend, she thought. She tried to get an antibody infusion, but didn’t qualify. Her husband, who contracted COVID around the same time, bounced back in about 10 days, McCloud said.

As of the first week of Jan., while some of McCloud's symptoms like loss of smell and taste had gone away, she was still struggling. In particular, neurologically.

“I was like, there’s something really wrong. I felt like I had a stroke,” she said. “The fatigue was unbelievable. I mean I would literally just sit in a chair and fall asleep, and I’m not that kind of person.”

“I search for words, which isn’t like me. Something common like a pencil, it takes me a minute to think what that actually is. And that’s not like me at all,” she said.

McCloud is part of a group many have deemed COVID “long-haulers.”

Dr. Timothy Ainger is an assistant professor of neurology and clinical neuropsychologist with the UK College of Medicine Department of Neurology. He explained there’s still a lot doctors don’t know about why these symptoms seem to persist for some people.

“Because we’re talking about a global pandemic, we have the reports of various longitudinal studies from multiple locations. So rather than having one reliable study that lasts 12 to 15 years, we have the opportunity to get 15, 20, 30, 40 different studies from multiple locations, and look at where the commonalities are. And as we start to look at these research studies that come from places around the globe that have had significant levels of infection, there are profiles that begin to emerge,” Dr. Ainger said.

He explained the different stages of infection.

The acute infectious stage comes when people are initially ill, oftentimes having fever which can put them in the hospital. After that comes what doctors call “long COVID,” or “longitudinal COVID,” when signs and symptoms of feeling ill last between four to 12 weeks (one to three months) from symptom onset.

Post-COVID syndrome is when symptoms associated with illness linger or don’t ever remit after 12 weeks (three months or more) beyond onset of symptoms. These people are often referred to as long-haulers.

Dr. Ainger said taste and smell often come back within a couple weeks.

“The longer ones tend to be respiratory related, energy related, mood and affect related, so the vast majority of people in these studies are reporting fatigue, shortness of breath, problems breathing, chest pain, cough. The long and short of it is people are experiencing the impact of not being able to move sufficient amounts of oxygen, how it impacts their energy level, and then how that can be related to mood and energy, their ability to return to daily life,” he said. “There’s an increase in physiological symptoms like depression and anxiety. For people who had severe rounds of COVID, we tend to see PTSD style symptoms, because the infection itself is a traumatic event.”

The dreaded brain fog that McCloud suffers with is also common in long-haulers, Dr. Ainger said.

He said “an ounce of prevention is worth more than a pound of cure,” when it comes to the virus, but for those whose symptoms persist three months or longer, he said getting an accurate and comprehensive diagnosis as well as a personalized treatment plan is important.

“I’m hoping that someday we’ll be able to look back and go, thank goodness we figured this out five years ago, but at this point, we’re still figuring it out on a case-by-case basis,” he said.

In the midst of her battle with her ongoing symptoms, McCloud was looking for answers.

She started doing research, and learned about Frontline COVID critical care. She found a doctor who prescribed her ivermectin. The FDA has recommended against using this drug to treat or prevent COVID, but McCloud said it has helped lessen her symptoms greatly, calling it a “miracle drug.”

“At first it was scary. I was like, ‘Oh my God. I’m stuck like this for the rest of my life.’ And now, I’m feeling better, and know this isn’t going to be my forever, and that I am going to recover,” she said.

Consulting with other long-haulers through social media was a big morale boost for McCloud, who now wants to help others identify treatment plans that work for them, to prevent the pain she’s going through now.

She said she can’t recommend enough starting treatment right away, taking a lot of vitamins, and finding the right doctor.

According to the FDA, the most effective ways to limit the spread of COVID-19 include getting vaccinated and following current CDC guidance.