(left to right) John Walker and Emma Lou Black sit next to each other for the 150th Huntertown Worship Service Sunday morning. (Spectrum News 1/Diamond Palmer)

VERSAILLIES, Ky. — Huntertown is celebrating its 150th anniversary by opening a 38-acre community interpretive park, aiming to preserve the past and celebrate the future. The area was lived in by many African-American families, and settled by former enslaved men and women after the Civil War in 1871.


Huntertown was lived in by hundreds of African-American teachers, preachers, veterans, landowners and community leaders. Sunday was a celebration for some but for others, emotions are still high. 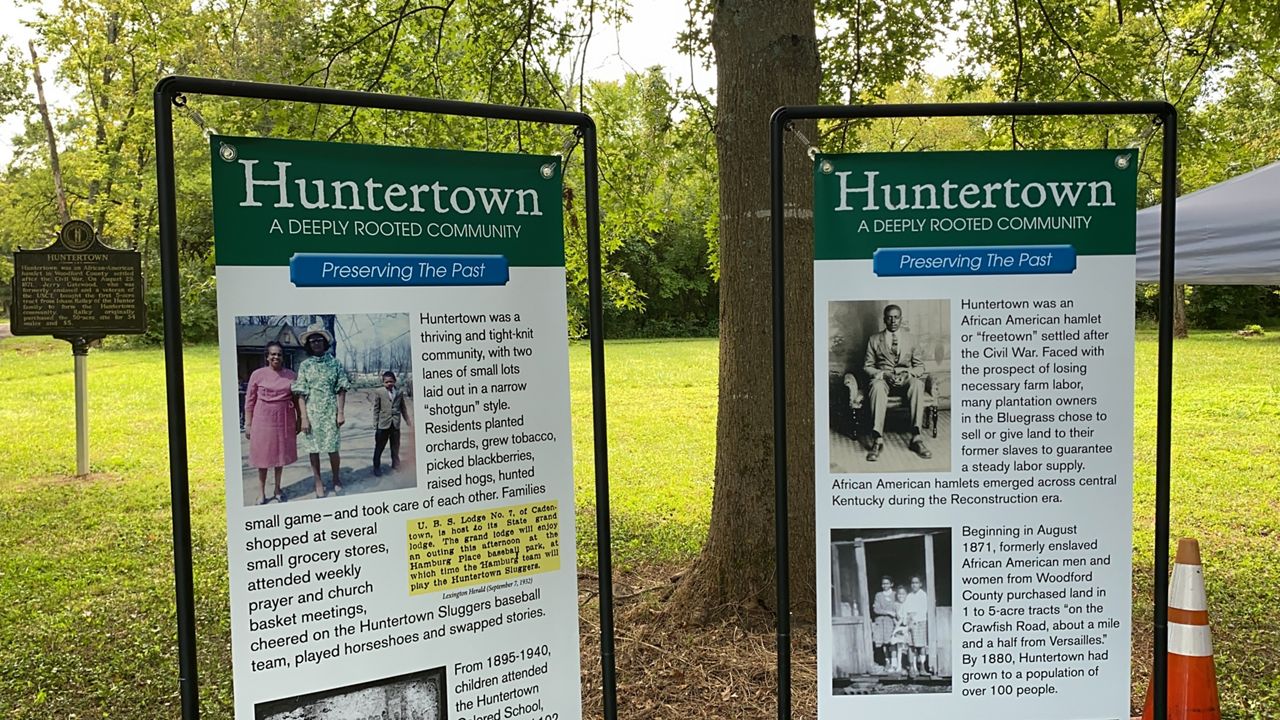 Huntertown ‘Preserving the Past’ posters display in the grass with historical marker behind. (Spectrum News 1/Diamond Palmer)

“It is over and done with. So we have to move on and agree to support whatever is going on here today,” said former resident John Walker.

Walker lived in Huntertown for 40 years. Huntertown is all that he knows, and he is sitting on the very same grass his house was once on.

“I have seen people that have lived here and passed here. They would always want to see something happen that is going to be an interest to the young folks,” Walker said.

The 38-acre revitalization will include accessible trails, large community pavilions and a memorial to the U.S. Colored Troops. The idea was sparked in 2016 with a Woodford County Community Fund and some research from a retired Woodford County teacher.

“As a teacher and as a lover of history, it has been so gratifying to see everything come together. I can do the history, research part, but understanding what it takes to build a park and get it ready to open is a whole other thing I have learned,” said Huntertown Board member Sioux Finney. 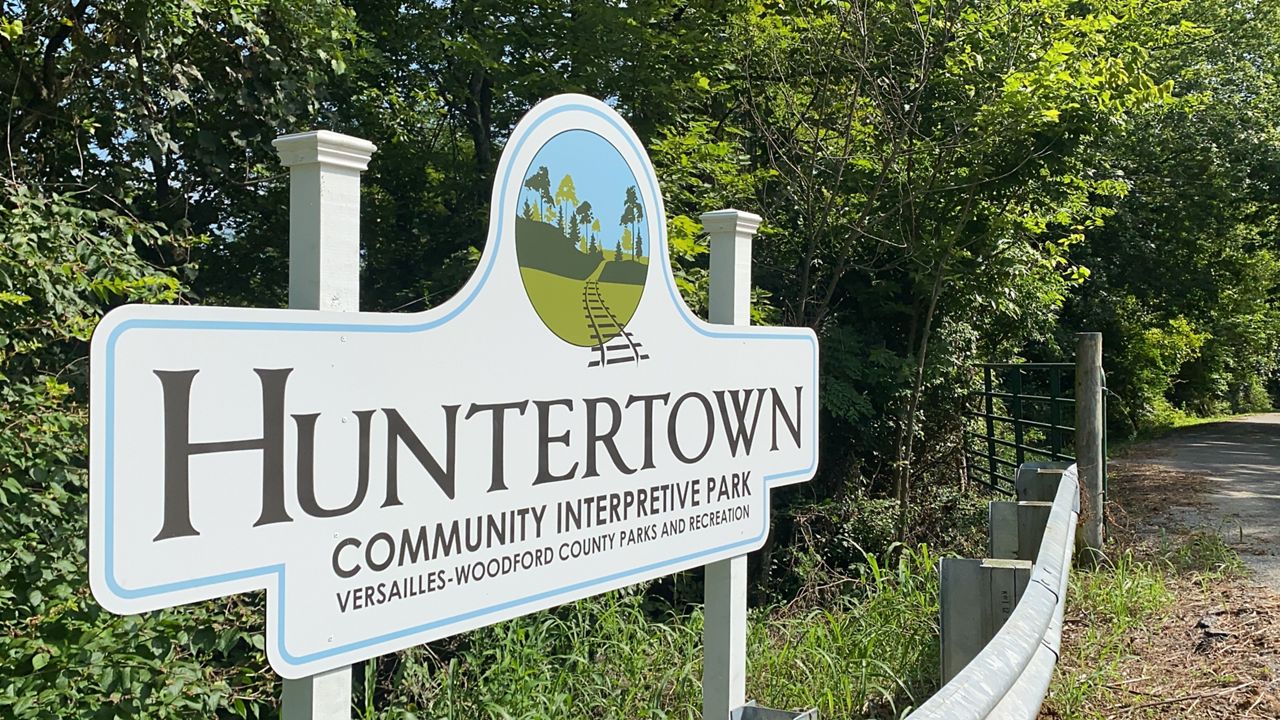 She knows this project would not be possible without the partnerships and sponsors supporting this community. Former residents are just as thankful to Finney as she is to them.

“When Sioux and that bunch came along and started doing all of this, it just gave us hope,” said former resident Emma Lou Black.

Black remembers her grandfather’s store, playing outside and enjoying pull candy as a child. She knows these memories will live on forever because of the park.

“It feels great, I am so proud of what they have done to Huntertown and what they are going to continue to do. It is like a dream come true for me,” Black said.

Currently the Huntertown Community Interpretive Park is in Phase 1 of the revitalization. The University of Kentucky Department of landscape architecture will help with the project.