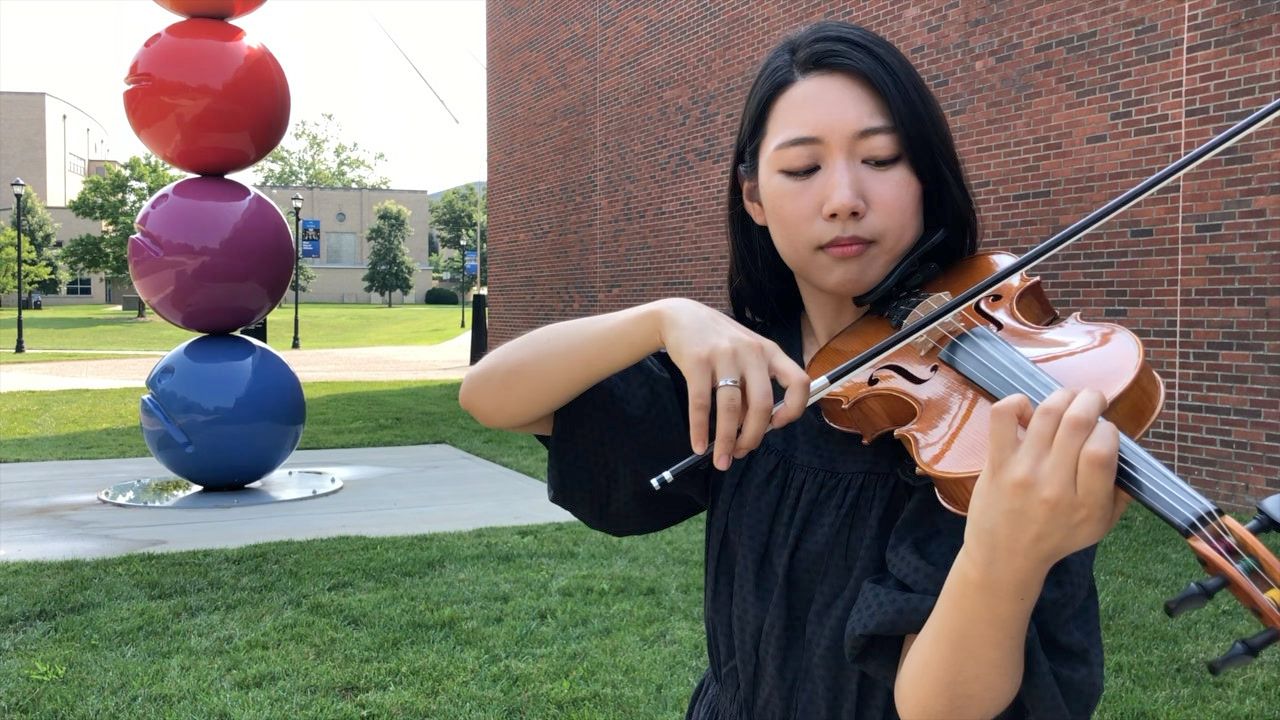 LEXINGTON, Ky. — Two University of Kentucky students are reeling after someone stole their instruments, which the students say are their livelihood.


The theft happened two months ago when one of the doctoral candidates of music noticed their broken lockers.

"Music is my life," said JuRang Kim, a doctoral candidate student at UK. 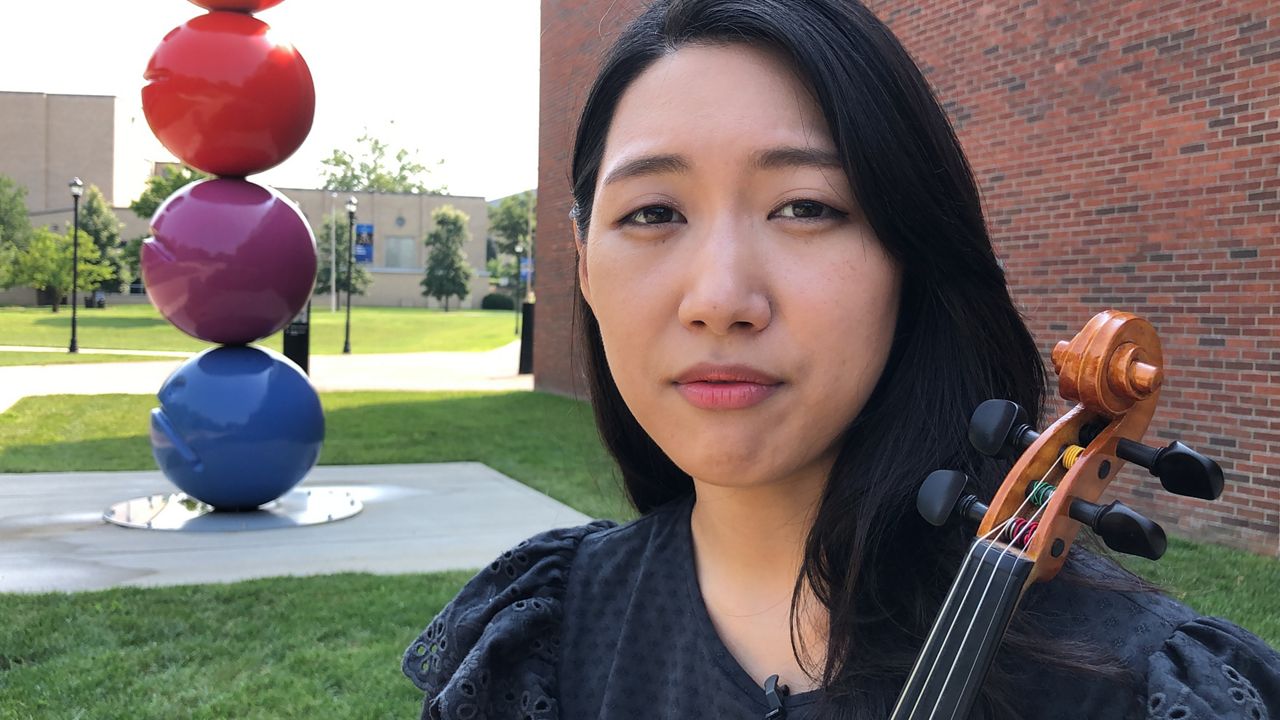 JuRang Kim holds her temporary violin as she describes what happened in May. (Spectrum News 1/Khyati Patel)

She said the violin is her best friend.

"I started when I was 3, so it's been almost my whole life I was playing the violin," Kim said.

She plays a violin that's on loan from a Lexington instrument shop for now.

“Without the instrument, as a musician, I can't deliver the message to others, because that was my tool to deliver the love and peace and joy to others," Kim said.

Her degree requires her to play at least five recitals. She completed one recital last semester before her violin was stolen on May 12. That instrument was a gift from her parents when they were missionaries in Mongolia. The theft caused emotional devastation.

"I almost thought I would have to change the major because I had no instrument and I had to complete so many other recitals that I didn't complete yet. So I was almost thinking to quit the music, but I couldn’t," Kim said.

Kim’s instrument wasn’t the only one to go missing. Senior music major Colleen Scott also had her locker broken into with her Oboe gone.

"This is an instrument I played on in high school. I'm very grateful to have it, but it is a plastic Fox Oboe, so I'm not going to get that same resonance and beautiful tone that I used to get when I was playing my professional Loree oboe," Scott said.

Right now, she has a loaner instrument from the University of Kentucky. 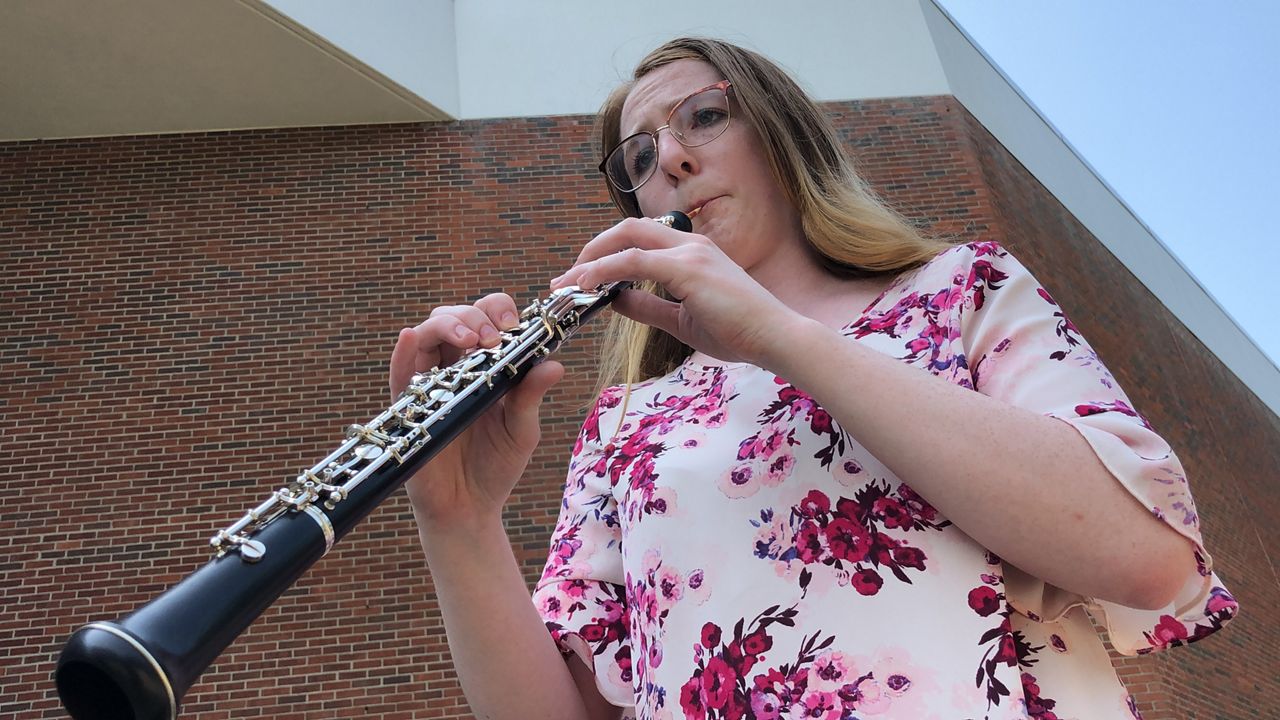 "So for school, I'm borrowing a Loree oboe from the studio, so it's a step up from my old plastic box, but nothing can quite compare it to an instrument that you grow with for three years," Scott said.

Both are putting all hope to recover their instruments, but in the meantime, raising funds to purchase new ones as the trail for the search gets cold.

"JuRang and I have both been looking at Facebook marketplace and eBay in hopes of finding our instruments," Scott said.

The performers said they’ve filed police reports at the University of Kentucky and also put up posters for anyone who may know details. They are also planning to play a duet once they have permanent instruments.