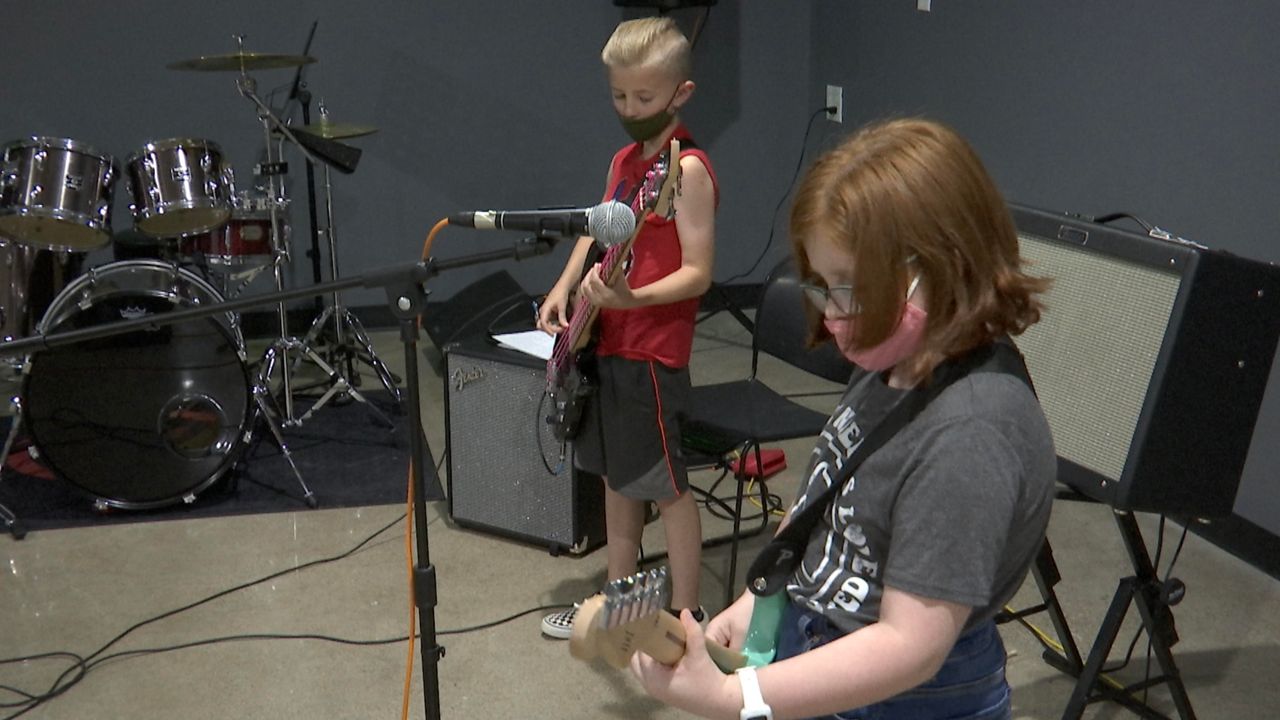 The future of music starts with the kids of today. School of Rock hopes to keep them learning and rocking. (Spectrum News 1/Sam Knef)

Kids are rockin' at new School of Rock location

FLORENCE, Ky. — There’s no Jack Black around, and school's out for the Summer, but there is a School of Rock just getting rocking in Northern Kentucky, and starting to capture the attention of parents who want their kids to be able to live out their rock n’ roll dreams.

The band Silver Rock, for example, might just be the next big thing, as long as its members do their chores, go to bed on time and get a ride to band practice.

“Before this I was a soloist, but now I actually have a band to connect with, and play music with,” said band member Lorraine Bright.

She’s a singer, pianist and face-melting guitar player. Bright will be a fifth grader next year, but the only school she’s worried about right now is the School of Rock.

Contrary to popular belief, the 2003 hit movie with Jack Black took inspiration from the School of Rock franchise, and not the other way around.

Josh Ullrich opened a location in Florence in April. About 60 kids ages 3 to 18 come there to learn how to rock out in individual lessons, and in band practice, also known as Rock 101.

“So we got lesson rooms set up all throughout the school. We got guitar, bass, keys, drums and vocals,” Ullrich said.

Ullrich also owns a School of Rock in Cincinnati. He said he got involved when his kids showed interest in learning how to play instruments. Ullrich only knows how to play trombone, but he said watching the light turn on for kids when they learn something new has been a rewarding experience.

The school has helped kids like Ollie Lukas come out of their shells, and in his case, rediscover his love of music. 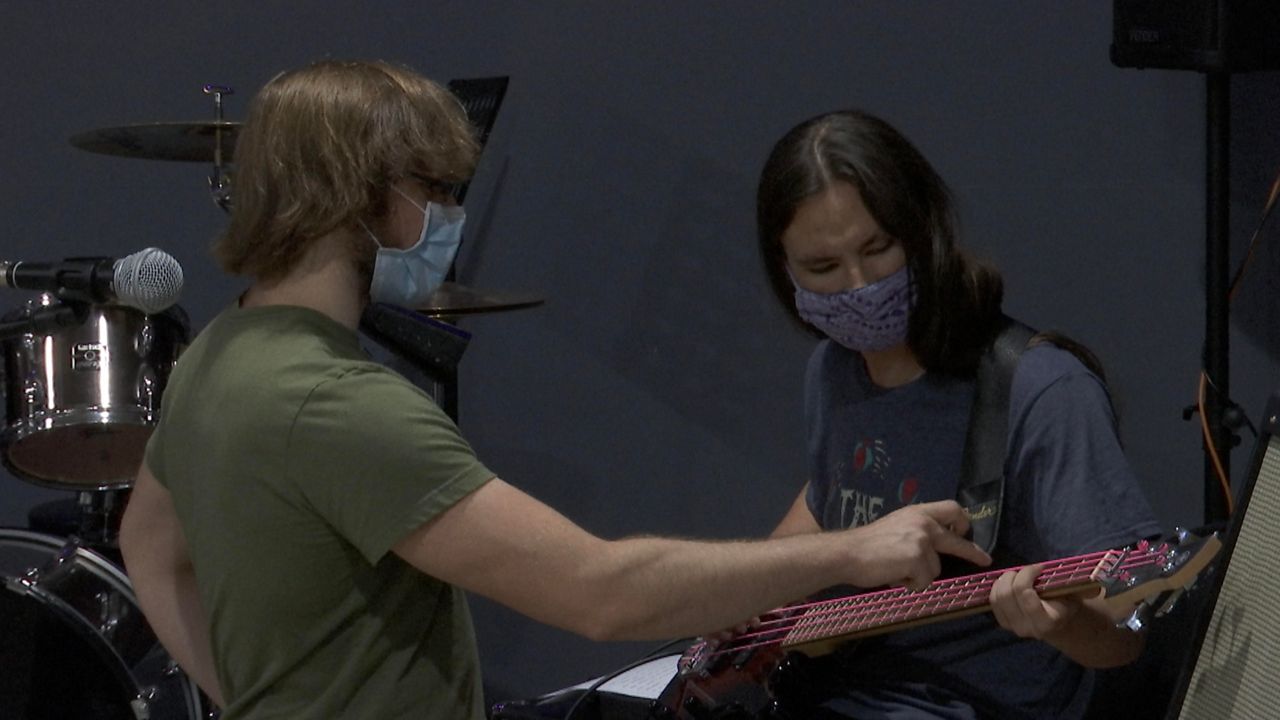 “I used to play piano. And then you know, I was like all right, well I want to learn instruments, so I came here to learn drums because we had an extra set in the house,” Lukas said. “It was just like, all right, you know, why not? It’s literally like opening up down the road, so might as well.”

Kids in the school play real shows with their bands, and when they graduate, go into the performance program. 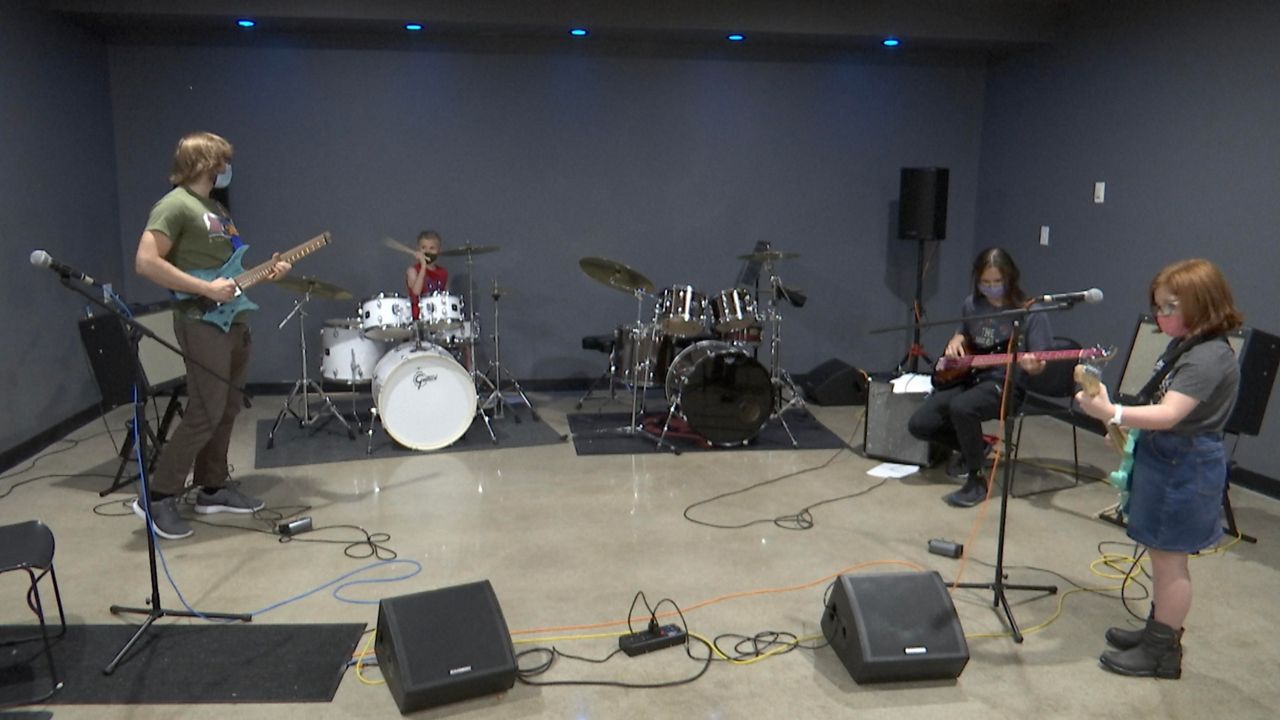 It’s hard to say if Silver Rock will stick together, or eventually break up like so many legendary bands sadly do, but whatever happens, Bright said she sees music in her future, and that future is looking bright.

“I think it’s the best guitar stuff that’s happened to me. I couldn’t have asked for a better class, better teacher,” she said.

Lukas said it’s a possibility for him as well.

“It’s always a possibility, you know. I don’t know where my future will take me, but, you know, I enjoy playing music. It’s fun, and you get to socialize with a whole lot of people. It’s always an interesting time,” he said.

There are about 250 School of Rock locations around the country, including in Louisville.