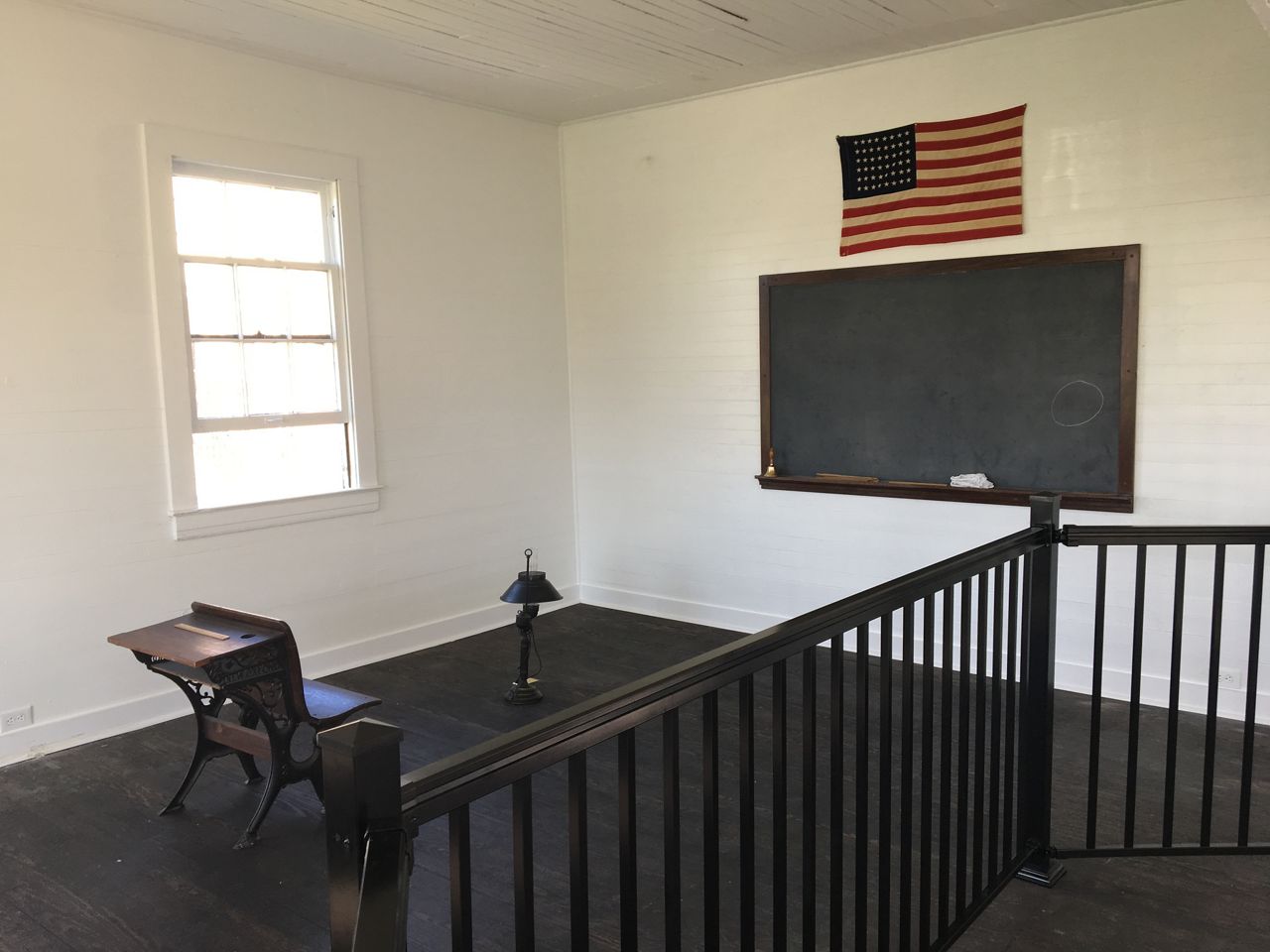 BULLITT COUNTY, Ky.-- Visitors to Bullitt County will soon be able to step inside a classroom and into history; the Bowman's Valley School, where African Americans were taught from 1916 to 1957, is being renovated. The school predates integration. Some of its former pupils on the renovation committee say the project has been "rewarding" to them.

The original building has been moved from its former location, where it was found in disrepair and vandalized, to sit between the Bullitt County Board of Education building and another historic schoolhouse. Stepping inside the old doors is like taking a trip in time to Barbara Ayers. She attended first through fifth grade in the two-room schoolhouse, before integration closed the school.

"The black majority of the county was here. We grew the county. We were part of it, and each generation after should know that," Barbara Ayers said.

Her husband also attended the school. Charles Ayers said that today's generation of school kids can learn from the old building that's to be a museum. "I know they have it so much better but I don't think they realize the struggle that their forefathers went through," he said.

Another student, Marian Owens Hickman, was inspired to become a teacher herself because of the time spent within the schoolhouse and the teacher that was also her cousin.

"I think we really did get our self-esteem from this setting," she said. Hickman wants those who look upon the schoolroom to note the amenities, or lack thereof: there is no restroom. Heat came from a wood or coal-powered stove. They used and drank sulfur water from a pail. "We were kind of left behind, but we still got our education," she said.

The renovation is expected to be completed in September, when there will likely be an opening ceremony.