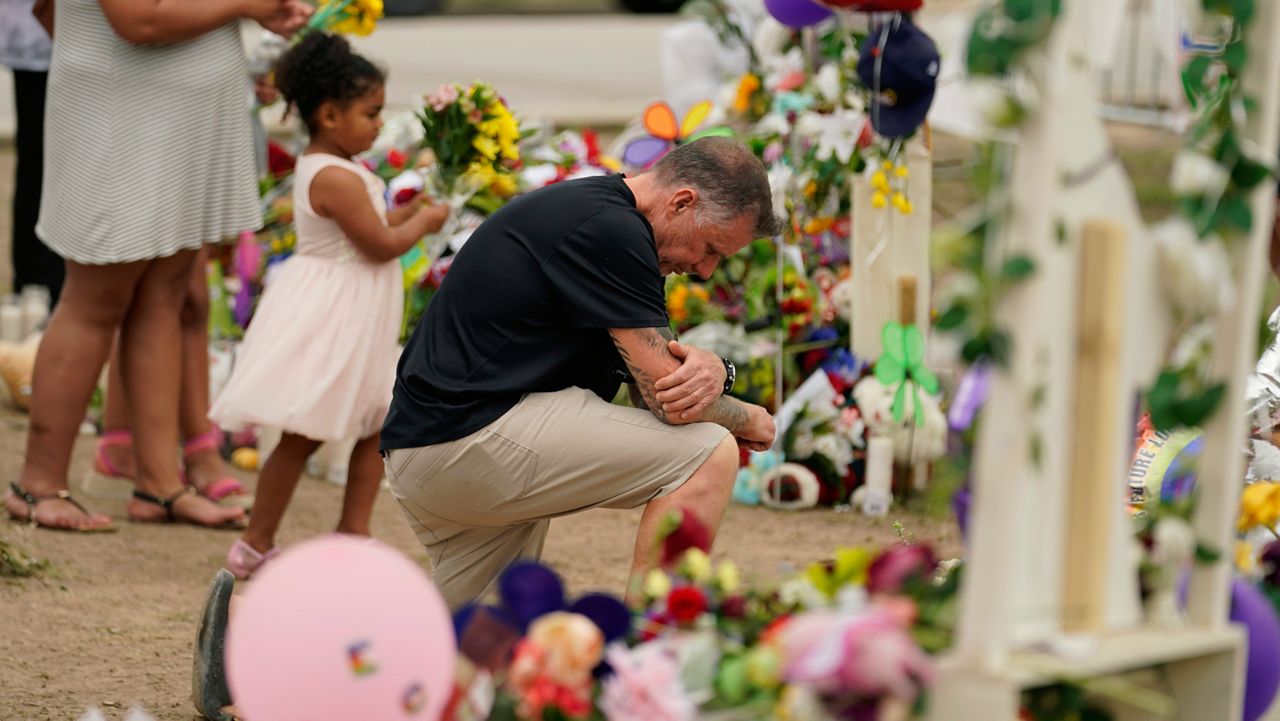 As families in Uvalde, Texas, the site of the second-worst school shooting in recorded U.S. history, begin to bury their loved ones, lawmakers in Washington — and across the country, remotely — are working on efforts to pass gun legislation.

The House Judiciary Committee called an emergency meeting on Thursday to mark up a sweeping package of gun safety legislation that appears to have the votes to pass the House, but is unlikely to meet the Senate’s 60-vote legislative filibuster threshold.

The package of bills, known as the “Protecting Our Kids Act,” would raise the age to purchase some semiautomatic rifles from 18 to 21, curb gun trafficking by establishing new federal offenses and provide tax incentives for safe gun storage, among other provisions.

News of the package was first reported by Punchbowl News.

Democrats in the House are looking to bring the bill to the floor next week. While it’s unlikely to pass the Senate, Punchbowl reports that House Democratic leadership wants to demonstrate that they can take action in the wake of not only the massacre in Uvalde, but the racist attack at a Buffalo, New York, supermarket that killed 10 people, according to Punchbowl.

Meanwhile, on the Senate side, lawmakers met remotely Tuesday to try and hash out an agreement on gun legislation.

In a statement, Texas Sen. John Cornyn, tapped by Senate Minority Leader Mitch McConnell, R-Ky., said that he, along with Sens. Kyrsten Sinema, D-Ariz., Thom Tillis, R-N.C., and Chris Murphy, D-Conn., a leading gun control advocate in the Senate, met virtually on Tuesday, and expressed that it was a "very constructive conversation."

"Senators Murphy, Sinema, Tillis, and I had a very constructive conversation about the best response to the horrific events in Uvalde last week,” the Texas Republican said in a statement. “We’ve asked our staff to continue to work together to address some of the details that we hope to be able to discuss at some point soon.”

While such hot-button legislation faces an uphill battle in the evenly divided Senate, with 10 Republican votes needed to overcome the filibuster, lawmakers are hoping to reach common ground.

“There are some things we need to do, and I think we can do, at the national level,” Cornyn told reporters in Texas earlier this week, listing a number of things, including background checks and access to mental health treatment.

"I mentioned access to mental health treatment and diagnosis is absolutely critical, Cornyn said, also listing “limitations under federal law of what sort of firearms you can buy and own and maintain, if you have a criminal or mental health record.”

Separately, another group of bipartisan lawmakers – which also includes Sens. Murphy and Sinema – is set to meet Wednesday to discuss a gun control compromise, according to a report from Punchbowl News.

A "red flag" law – also known as an Extreme Risk Protection Order (ERPO) – is a gun safety measure which allows police or family members to seek a court order to temporarily remove firearms from someone deemed a danger to themself or others. Nineteen states and Washington, D.C., have some form of ERPO law in effect as of 2021, according to the Giffords Law Center. Just one state – Oklahoma – has an anti-red flag law statute on the books.

Sen. Murphy, who previously represented Newtown, Connecticut, the site of the 2012 massacre at Sandy Hook Elementary School, in the House, told reporters in his home state that talks will continue Wednesday. Murphy also mentioned the focus of the talks would center on background checks, red flag laws and mental health access, as well as school security.

Murphy said as much Sunday on CBS' Meet the Press, saying that while Republicans "are not willing to support everything that I support, like banning assault weapons," lawmakers "could pass something that saves lives and breaks this logjam that we've had for 30 years."

"Red flag laws are on the table," Murphy said Sunday. "Background checks, expansion and on the table, as well as things like safe storage of guns. I think we can get something done, but we don't have a lot of time."

Senate Majority Leader Chuck Schumer, D-N.Y., last week agreed to give the bipartisan group 10 days to come together on a gun rights deal; failing that, he will bring a pair of House-passed background check bills to the floor.

Murphy called action on guns a "test of democracy" on Monday.

“Nothing in the world that matters more than the safety of your kids,” Murphy continued. “If Congress can't come together and put politics aside now, I think it will cause a lot of people to start to turn their back on the whole on the whole enterprise.”

McConnell, for his part, told reporters in Kentucky said that lawmakers are “discussing how we might be able to come together to target the problem, which is mental illness and school safety.” He did not mention any specifics about guns.

President Biden on Monday said that while he has not yet begun negotiations with lawmakers directly, he believes “there's a realization on the part of rational Republicans" that something must be done about gun rights in the United States.

“I think Sen. McConnell is a rational Republican, I think Cornyn is as well,” Biden continued. “I think there's a recognition in their part that … we can't continue like this. We can't do this.”

The president also expressed that “there's simply no rational basis” for high-caliber weapons in terms of hunting or self-protection, and said that “the Second Amendment was never absolute.”

In his visit Sunday to Uvalde to meet with victims' families and mourn with the community, onlookers urged the president to “do something” about gun violence.

“We will,” he pledged, though on Monday, the president offered a more sober assessment: Without Congressional action, his hands are largely tied.

“I can’t dictate this stuff,” the president told reporters. “I can do the things I’ve done and any executive action I can take, I’ll continue to take. But I can’t outlaw a weapon. I can’t change a background check. I can’t do that."

That said, the White House noted Tuesday that the administration is "looking at other executive actions that we can do" on guns, press secretary Karine Jean-Pierre said at a briefing.