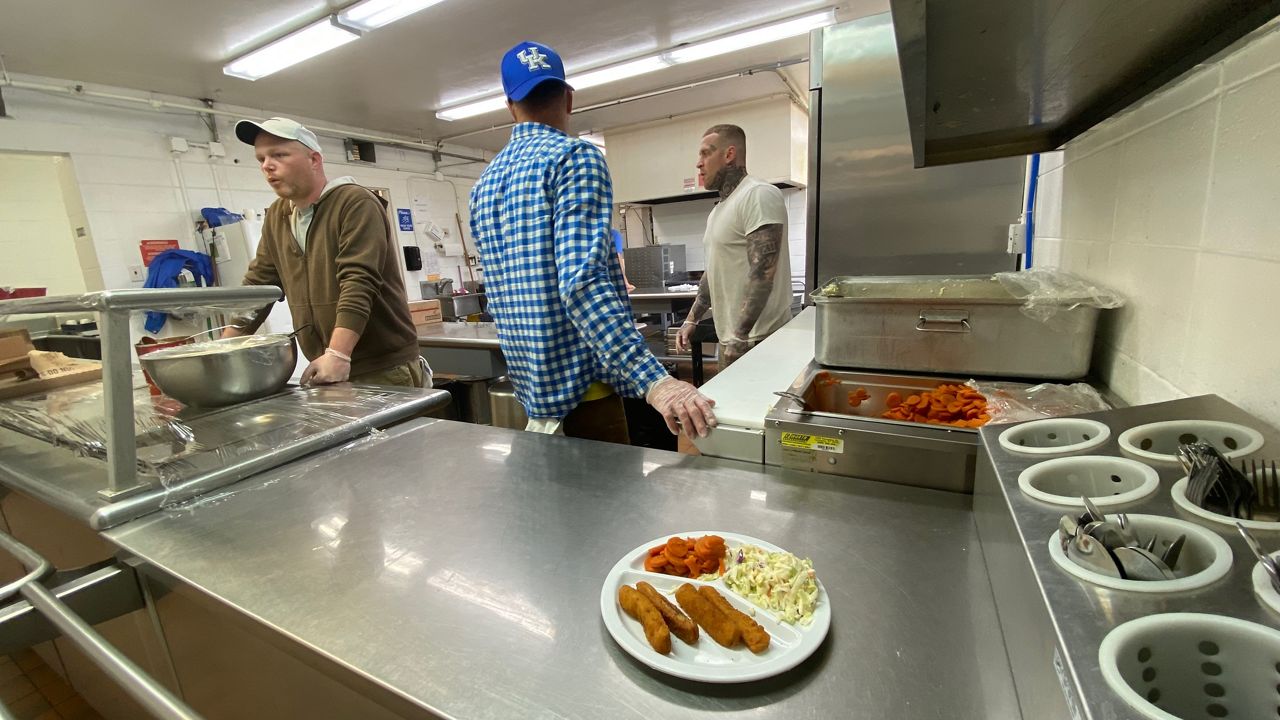 Graduates of Isaiah House Treatment Center have continued supporting others in recovery, from the kitchen. (Spectrum News 1/Erin Kelly)

'Everybody needs an opportunity:' How a Kentucky treatment center kitchen supports men in recovery

It has also become a place where graduates of the program, like Nicholas Duncan, support others in their recovery.

“Never thought it would be something I was good at and turns out I’m a pretty good cook,” he told Spectrum News 1.

The 34-year-old father from Russell Springs was getting lunch started—fish sticks with cole slaw and carrots.

Duncan came to the center nearly 15 months ago to recover from a 20-year addiction to methamphetamine, heroin and pills, and started volunteering in the kitchen.

“I just wanted something different,” he said. “Tired of being locked up all the time, tired of being, you know, just nobody ever wanted you around ... Big difference now, big difference.”

Duncan graduated from the 11-month program and became a full-time employee.

He credits Denzil Hall, the kitchen manager, with giving him a chance. 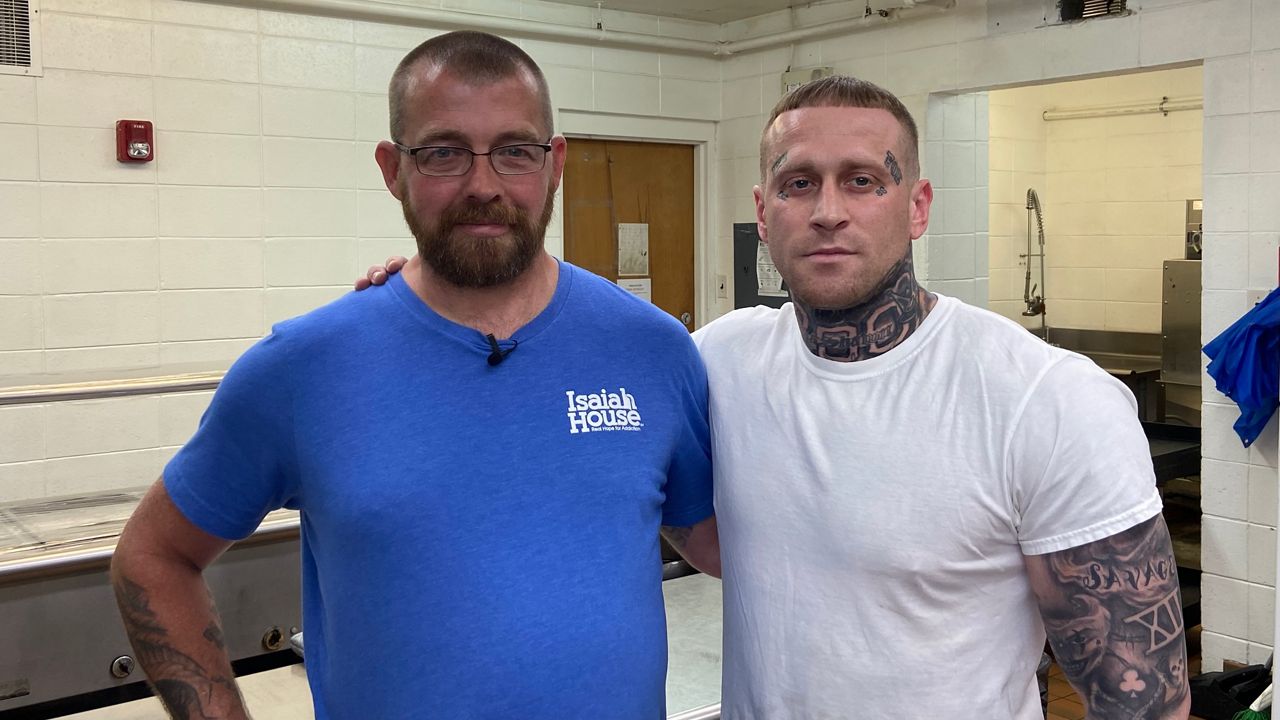 “It means a lot and sometimes that’s what you need is somebody to just take a shot on you,” he said.

Hall oversees the staff, food ordering, meal planning and supplies for the kitchens in five facilities.

“I said, ‘Everybody needs an opportunity’ and I said, ‘You know, and this kitchen will teach you a lot if you’ll allow it because you’ve got 130 guys out here that’s dependent on you,’” said Hall, recalling a conversation with Duncan.

Hall completed the program once in 2015, but left and began using again, and returned in 2016 after he was revived from an overdose, he said.

He sees himself in Duncan, who now mentors men who are going through the treatment program.

“I’ve watched him grow and do you know what a joy that is to watch that?” said Hall. “It fills your heart so much to be able to see somebody get their life back like that.”

After everyone has filed through to get their lunch, the work isn’t over.

There’s a freezer for Duncan to restock and then it’s time to prep for dinner.

“Just living life,” he said. “I feel better now than I ever have in my whole life.”