“Swimming is a social outlet for them," Explains a coach for a special needs team, some with autism

LEXINGTON, Ky. — A swim team in Lexington is able to resume much-needed lessons since the pandemic restrictions have been lifted.

Several members of the team who live with autism explain swimming helps foster a social outlet.

34-year-old Janna Ghibaudy is among them. Since pools reopened she has been perfecting her backstroke.

“This is like my long time I’ve been swimming,” Ghibaudy said.

Her long time is almost three years minus the pandemic which forced the lanes to close last year.

“Just hanging out with my friends and I like to swim so hard,” Ghibaudy said in between her laps she does at the YMCA in Lexington.

“My mom’s always brought me here when it’s swim practice all the time,” Ghibaudy said.

Among the many challenges, Ghibaudy lives with an autism spectrum disorder which she has had since she was young.

“Each one of them has some physical and some mental challenges cause most of their disabilities are mental disabilities,” said Vibert Forsythe, a parent and coach.

He and another coach volunteer their time to guide the team. 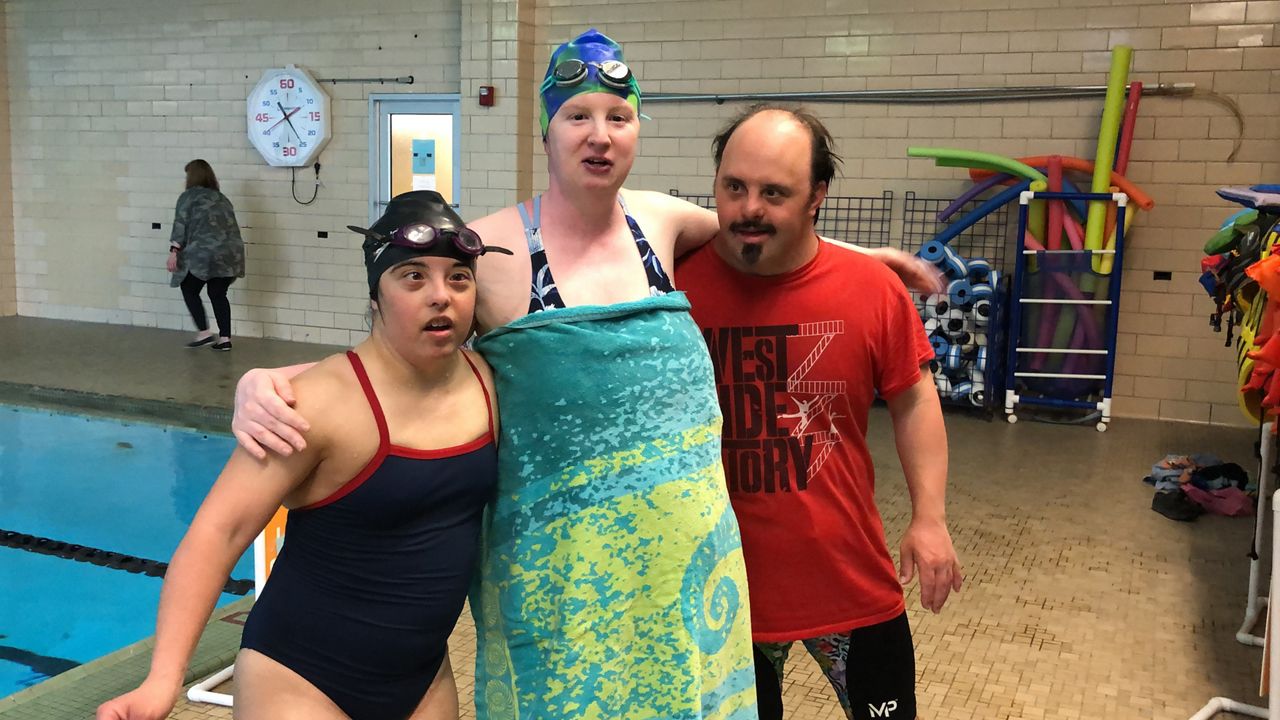 “Quite honest, we joined the team probably about 18 years ago,” Forsythe said. “And we had swim coaches and over the years, they have left and as a parent. We wanted the team to consider to continue, myself on tom wanted him to continue, so when we don't have regular coaches we fill in.”

According to the Autism Spectrum Disorder Foundation, swimming provides a form of therapy for people with autism. It can also improve speech, coordination, social skills, self-esteem, and cognitive processing.

According to the Kentucky Autism Prevalence, more than 80,000 people live with autism in the commonwealth.