Cracking Down on Carjackers. Stiffer Federal Penalties Await Those Convicted

Thursday the FBI, Louisville Metro Police Department (LMPD), the Bureau of Alcohol Tobacco and Firearms, Homeland Security Investigations, Jefferson Co. Sheriff's Office, and the Kentucky State Police announced a new task to take carjacking cases to the federal level. This means if a person is convicted carjacking the penalities could involve time in federal prison and no parole. The task force will work closely with the Jefferson Commonwealth's Attorney's Office.

“We have seen a disturbing number of carjackings over the past few weeks,” said LMPD Interim Chief Rob Schroeder. “We are grateful for this collaboration with our federal partners, who always step up for this city when we see spikes in crime or alarming trends in violence.”

Right now carjacking can land a person in jail for up to 15 years and a fine of $250,000. However, if a victim suffers serious bodily harm, the maximum jail sentence is up to 25 years. If a carjacking victim dies as a result of the crime, the defendant can be jailed for several years up to life, or even sentenced to death. If a gun is used in the crime, the defendant can have a consecutive mandatory minimum sentence of seven years added on, and if the gun is fired that becomes ten years. In the federal system, there is no parole.

“Put Louisville families at risk through carjacking then be prepared to go to federal prison,” said U.S. Attorney Russell Coleman. “We will respond to this increasing threat to neighborhoods across our city and pledge closer collaboration with our state & local partners to reverse the disturbing trend.”

Jefferson County law enforcement agencies participating in the task force will get incentives from the FBI Louisville and other law enforcement partners; it includes federal overtime, vehicles, and training.

"Helping to foster safe communities continues to be a primary focus of FBI Louisville,” said FBI Louisville Division SAC Robert Brown. “As preventing violent crime is a bedrock of the FBI, we look forward to working with and leading a new violent crime taskforce comprised of FBI, ATF, LMPD, KSP, HSI, and JCSO."

One Louisville carjacking case has been taken federal. Louisvillian Damion Hayes is charged with carjacking. 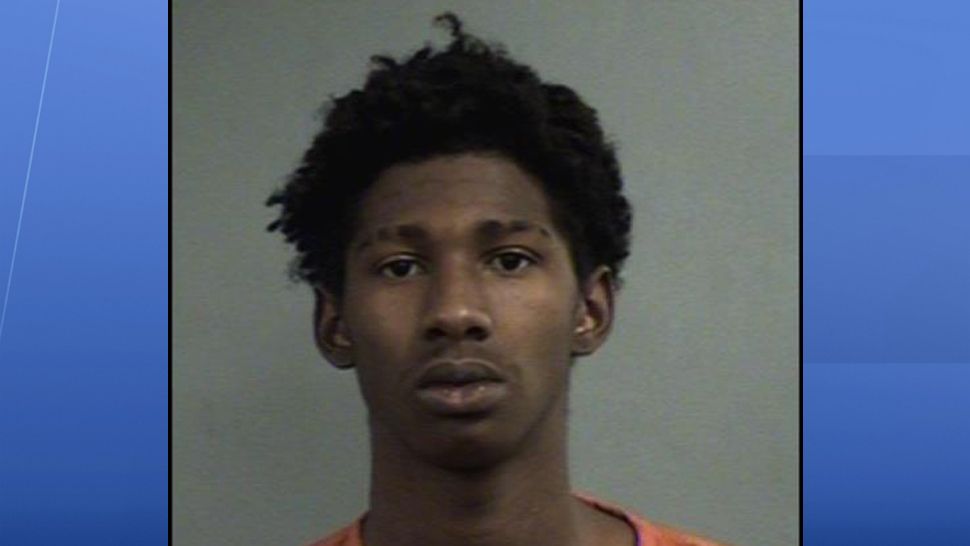 Damion Lamont Hayes, seen in a November 15,2018 booking photo, is charged with carjacking and faces federal prosecution.
According to the FBI, Hayes was on a felony diversion at the time of the carjacking. The diversion meant he could be free even though he was charged with complicity to murder and robbery in February 2020. On June 2, 2020, Hayes and two other men got into a car with two women on Bardstown Road during a protest. The women were driving down Bardstown Road but felt uncomfortable with the men in the car. The victim told the men she needed gas and they told her to pull into a gas station. She was then told to take them to three different houses. When the victim turned to tell the men she needed to go home, one of the men pulled and gun and forced the two women out of the car. The men attempted to take the women's cell phones and a struggle took place and the men were sprayed with mace.

The federal carjacking charge against Hayes carries a penalty of no more than 15 years, a maximum fine of $250,000, and no more than three years of supervised release.