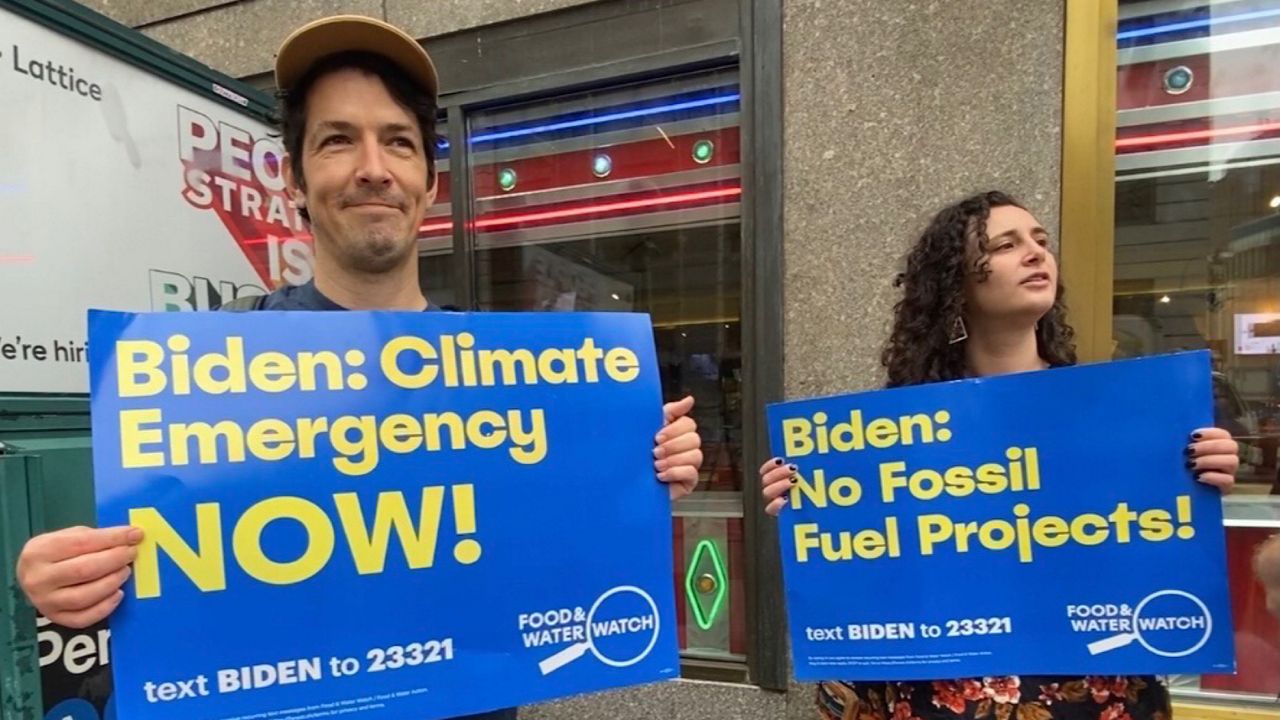 For Rachel Rivera, Hurricane Sandy was a wake-up call.

“I started hearing a cracking noise, got paranoid, I took my daughter out of her bed and as soon as I took her out of the bed, my ceiling caved in onto her bed," Rivera said.

“Almost losing my daughter terrified me. And to this day we both suffer from PTSD. When Ida hit, she was also paranoid, crying," she added.

Rivera decided to turn her fear into action by joining the New York chapter of Food and Water Watch — which seeks to hold corporations and elected leaders accountable on issues relating to climate and economic equality. Rivera and fellow climate activists traveled to Washington D.C. for a week-long protest to demand President Biden divest from fossil fuels.

Winsome Pendergrass joined the organization over a decade ago. A Jamaican immigrant with a large family, Pendergrass says it's time to hold our elected leaders accountable so future generations can live in peace.

“We are not counting on them, we are demanding that they do the will of the people and they get these laws passed because people are suffering, people are hurting," Pendergrass said. "And the next generation behind us is gonna suffer even more.”

“After what happened with Hurricane Ida, we know it’s Code Red. We know it’s gonna get way worse before it gets better. We need Biden to step up today," said Nandabalan.

Members of Food and Water Watch joined thousands of activists in the nation’s capitol to call on President Biden to take aggressive action to help save the environment.

“If New York City leads the charge, that means New York State will lead the charge and when New York and California do more, it has a huge ripple effect on the country,” Nandabalan said.

Pendergrass said she’s motivated by her children who will inherit the world she leaves behind.

“We all work our fingers to the bone for our kids. But if we don’t protect our society, our infrastructure, if we don’t put things in place to make the earth remain, our kids will not have the life that we had.”