Hawaii has reported 1,187 new cases of COVID-19 within the last week, bringing the statewide total to 240,778, according to the Hawaii Department of Health.

The bulk of the cases were reported on Oahu, with 831. Kauai is next with 93, followed by Hawaii Island with 92, Maui with 69, Molokai with four, and Lanai with one.

There were 97 cases from out-of-state visitors.

The DOH reports that 552,876 boosters have been administered. 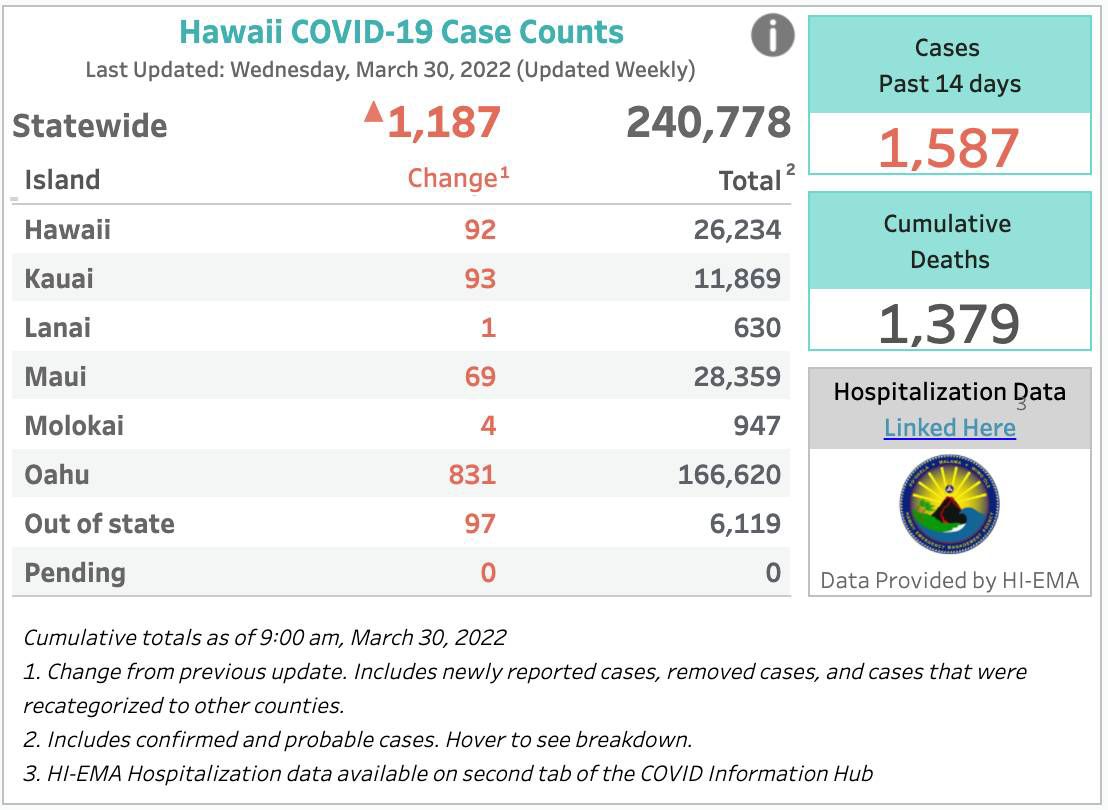