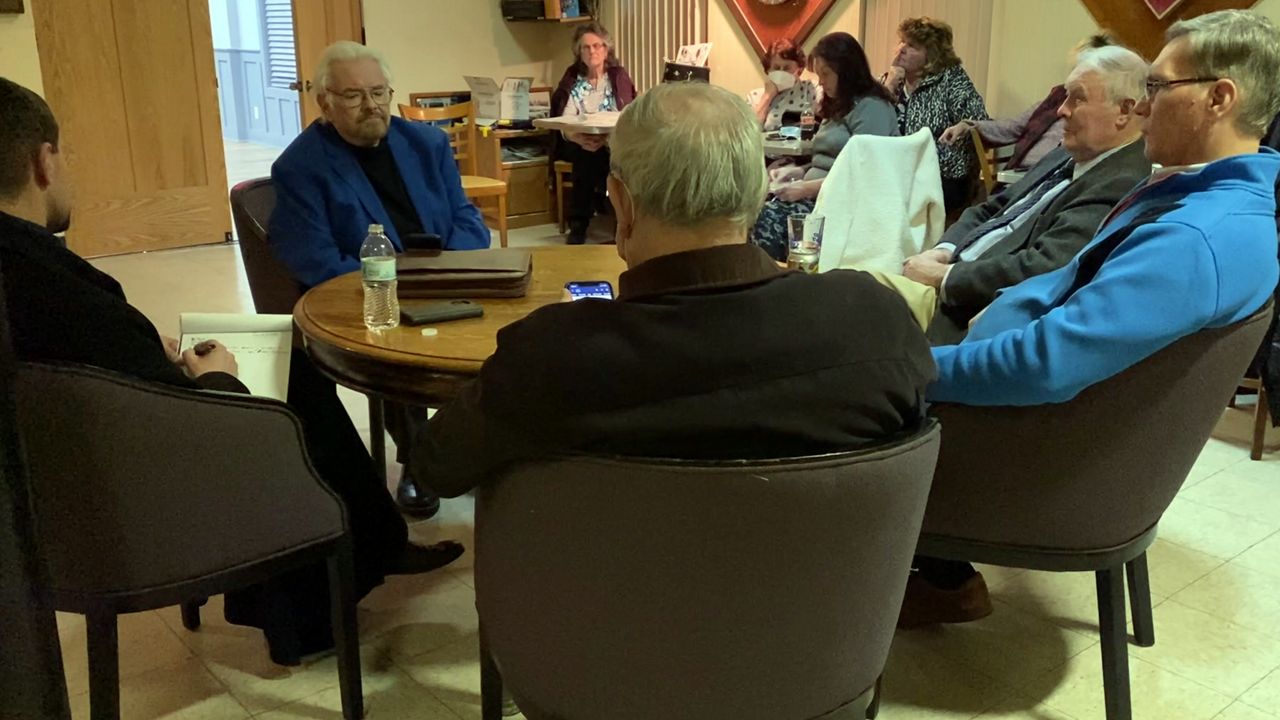 The Ukrainian Club has been part of Watervliet for nearly a century. Peter Fil practically grew up at the club, now known as the Ukrainian American Cultural Center. He even attended the Ukrainian School across the street.

“This mural is something that I actually painted,” said Fil, giving a tour of the newly renovated section of the center.

Fil’s parents emigrated from Ukraine in 1960. Raised speaking the language at home and coming here often allowed him to stay in touch with the Ukrainian culture. Fil, now the first vice chairman of the Cultural Center, still has relatives there.

But over the last few weeks at the center, the only thing local Ukrainian Americans have been talking about is the Russians sending more than 100,000 troops to its border with Ukraine. Many are concerned seeing the threats from Russian President Vladimir Putin.

“Knowing that you have family and friends that are under the threat of the Russian invasion, you feel obligated to do something,” said Ukrainian Congress Committee of North American Capital Region President Dr. Andrij Baran.

Baran, who visited Ukraine just a year and a half ago, has first cousins there and even a friend who is in the Ukrainian Armed Forces. Even though they’re thousands of miles away, they’re doing what they can to help out from the Capital Region.

“The people are ready,” Baran said. “They’re signing up for national defense.”

On a recent evening, community and religious leaders gathered to discuss a two-pronged approach: one, organizing a town hall with local congressional representatives to discuss aid for Ukraine and sanctions for Russia, and two, holding a church service with other eastern European communities to show unity.

“We have and we always will be trying to do our best – help them, love them, and do what we can,” said Father Vasyl Dovgan, of St. Nicholas Ukrainian Orthodox Church in Troy.

They’re hoping for a peaceful outcome that allows Ukraine to remain a sovereign nation. While it’s hard for them to say how this will end, they believe Ukrainians will be ready on all fronts no matter where they’re located.