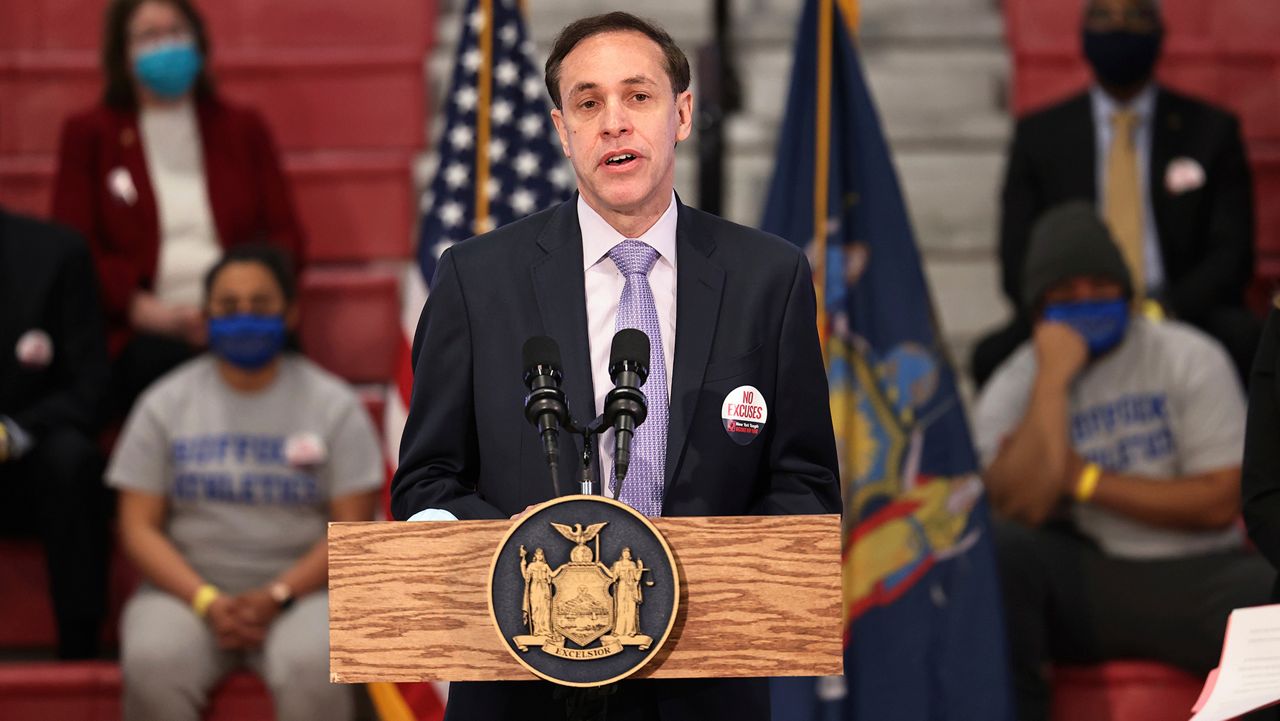 Gov. Kathy Hochul made the announcement on Thursday, but said Dr. Zucker will stay on board until they find someone to replace him.

“I thank Dr. Zucker for his willingness to stay on board so we don’t have a gap in leadership until a person is identified,” Hochul said during a press briefing. “I think I made it very clear on my first day in office that I’d be looking to build a new team. There will be other changes forthcoming. But I do respect everyone who has been a public servant, I thank them for their service.”

.@GovKathyHochul on Dr. Zucker resigning: "I'm just taking some time to build my team, but there'll be other changes forthcoming. But I do respect everyone who's been a public servant. I thank them for their service."

Dr. Zucker signed off on a controversial March 2020 order that allowed COVID-19 positive patients to be admitted into nursing homes after being discharged from the hospital.

At the time, Dr. Zucker and former Gov. Andrew Cuomo argued that hospital bed space was desperately needed, as the virus quickly swept the state.

However, there was almost immediate pushback and it took almost two months for the state to reverse its decision.

Dr. Zucker also played a role in a July 2020 Health Department report that undercounted the number of COVID-19 related nursing home deaths by more than 50% by not including the number of nursing home residents who died at hospitals in the final tally.

He also denied that the March 2020 order played a role in resident deaths and said the virus was brought in by COVID-19 positive nursing home staff.

Yet, the state also directed asymptomatic COVID-19 positive nursing home staff to keep working through the pandemic and did not backtrack on that mandate as well for several months.

It was not until state Attorney General Letitia James released a report in January of this year, detailing how the Cuomo administration undercounted nursing home deaths, was the true death toll released.

The Cuomo administration’s handling of COVID-19 in nursing homes is still part of an ongoing federal investigation, as well as a broader state Assembly inquiry.

The attorney general’s office is also currently looking into how nursing homes operated during the pandemic and if there is added liability there.

“There comes a time when the baton should be passed in this marathon journey that we call public service in New York State,” Dr. Zucker wrote in his resignation letter. "Therefore, I look forward to pursuing new opportunities that explore the hurdles and unknowns in medicine, policy, and public health and voyage into my own imagination to work on overcoming them."

"I look forward to pursuing new opportunities that explore the hurdles and unknowns in medicine, policy, and public health and voyage into my own imagination to work on overcoming them." pic.twitter.com/bsld0G0DMo

Hochul would not give a hint as to who is top of the list when it comes to new Health Commissioners, but says they do have several applicants.