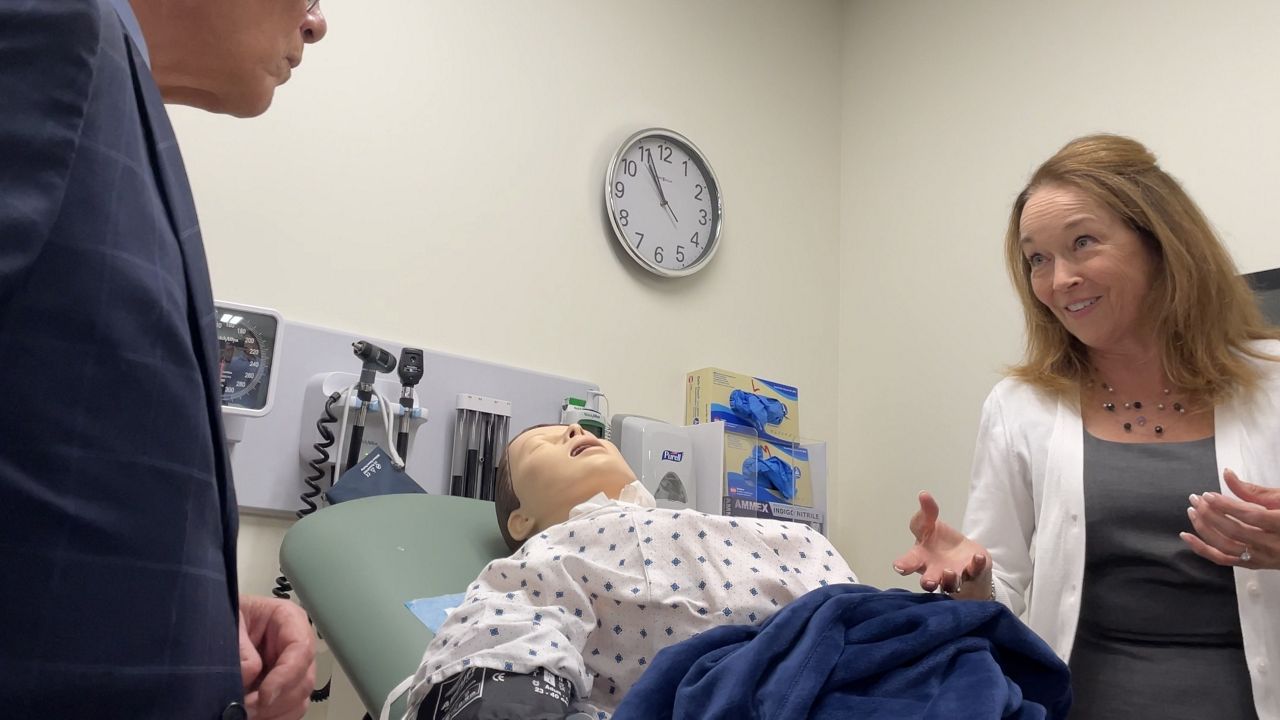 “My nickname in my family was safety girl,” Siena College nursing student Natasha Nugent said. “I used to bring Band-Aids whenever I went to the park to play.”

It was an easy decision for Nugent to choose nursing as a career, especially after her mother was diagnosed with multiple sclerosis.

The Niskayuna High School graduate did not have to look far for college. She landed a spot in Siena’s nursing program.

“Just having the opportunity to explore that passion and actually give back the way people have given back to me in the nursing field has been a blessing,” she said.

Unfortunately, there are not a lot of people like Nugent. As baby boomers age and retire from the profession, health care needs are growing.

It’s causing a shortage of registered nurses, according to the American Association Colleges of Colleges of Nursing.

“We are very aware of the shortages of nurses,” Siena College President Chris Gibson said. “And in general, the need for more preparation in the caring sciences.”

Experts say shortages are likely to last through 2030. It’s why Siena is trying to bolster its educating nurses in underserved communities program.

“It’s all part of an endeavor to try to put more emphasis on the caring sciences to address the market needs out there,” Gibson said.

The college has requested nearly $500,000 from the federal government to help construct a new home for the program on campus, and more interactive equipment for students.

“Hands-on is important in an arena like nursing,” said Rep. Paul Tonko, who toured the facility Monday and heard about the need directly from students.

“I think it’d be very helpful to work with live cadavers. It would be very interactive,” said senior nursing student George Pounds. “Right now, we have a small space.”

Tonko was optimistic Siena’s request will be included in the Senate’s appropriation bill later this year.

“Science is ever-changing,” Nugent said. “Things we did 10 years ago, we don’t do now, and having adequate equipment that’s up to date is going to make us stronger nurses.”