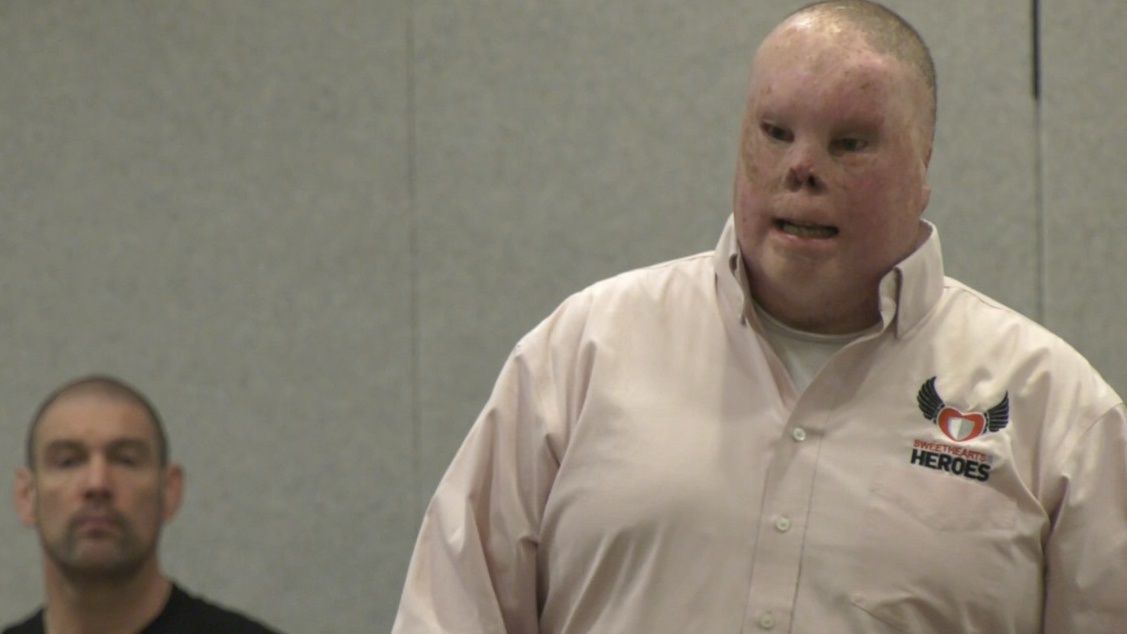 Wounded vet advises educators on power of perseverance and perspective

It's been a difficult few years for educators and children as the pandemic has forced them into remote learning, wearing masks and to overcome other learning challenges.

One group is working to motivate and empower educators.

“One thing I can’t do and none of us can do, is change the past. Impossible,” retired U.S. Army Sergeant Rick Yarosh said. “But what we can do is change the way we look at things that have happened.”

That’s the message Yarosh and Tom Murphy of Sweethearts & Heroes shared with educators from the Capital Region and beyond on Friday.

“Kids don’t learn from people they don’t like,” Yarosh said. “So you have to build a relationship with them.”

Americans may recognize Yarosh. His story is well known.

In 2006, he was serving in the Army, carrying out a routine mission in Iraq, when the vehicle he was traveling in ran over an explosive device.

“I was hopeless in that moment,” he recalled.

The then-24-year-old suffered significant burns to most of his body, and had to fight for his life. Despite the intense ups and downs, he found hope.

“I can look at that as a bad thing all day long if I choose to,” he said.

Yarosh’s journey is one that resonates with educators after years of working through an unpredictable pandemic that's wreaked havoc on the system.

“I don’t think it's any secret that our kids are struggling,” Cambridge High School Principal Caroline Goss said.

She admitted to tearing up during Yarosh’s talk, and looked forward to bringing talking points back to her faculty.

“To teach students how to control emotion and to interact with their peers is a huge component, in addition to all the academics they have to do,” she said.

For Yarosh, it was another mission accomplished.

“Amazing things happen and sometimes they’re overshadowed by the bad things that happen,” Yarosh said. “We need to talk about those good things.”