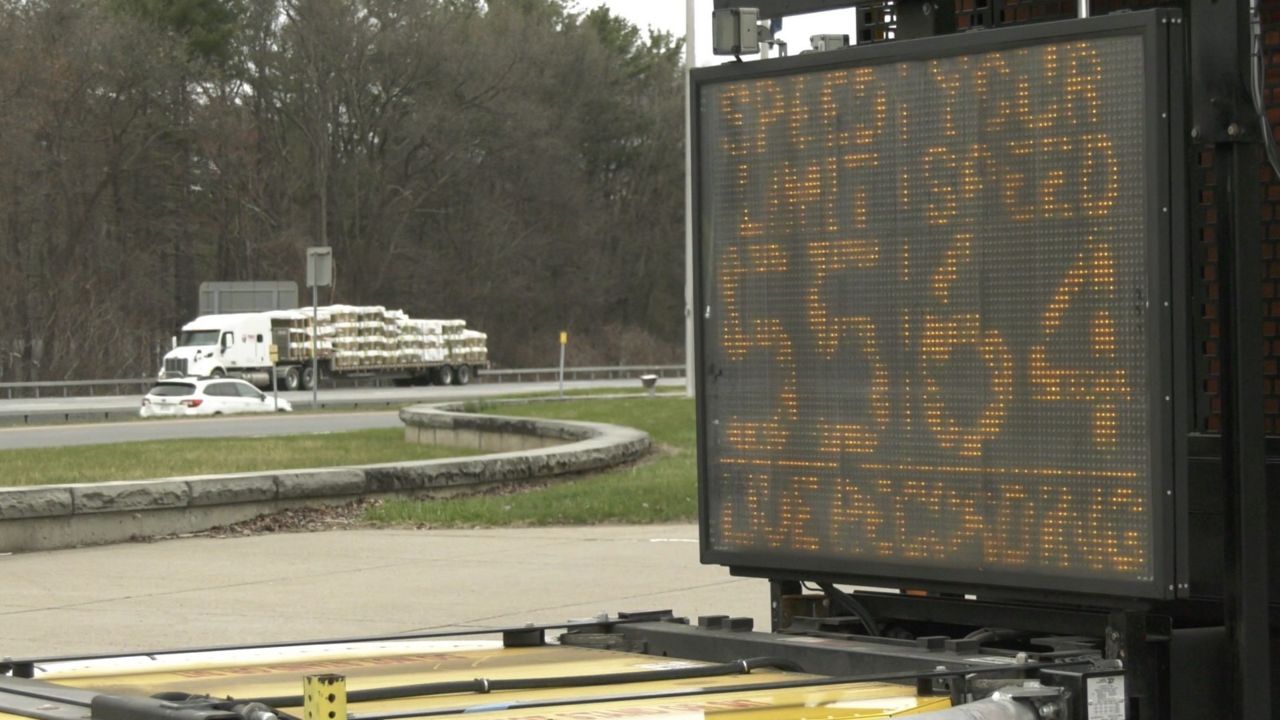 Nearly a year ago, state Thruway Authority maintenance worker Matt Anderson was working along the Northway near Albany.

“All of a sudden, our driver saw a car coming in the mirror,” he recalled.

Twenty seconds earlier, Anderson and his crew had returned to their truck for lunch.

Fortunately, there were no injuries. But the incident is being highlighted to mark National Work Zone Awareness Week.

“It is not the place to be driving fast or not paying attention,” Associated General Contractors of New York State President and CEO Mike Elmendorf said.

The message is that simple.

“When one of them gets hurt because of a distracted driver, we take it personally,” state Department of Transportation Commissioner Marie Therese Dominguez said.

According to state Transportation Department (NYSDOT), there were more than 200 crashes in work zones on New York roadways and bridges in 2021, resulting in nearly 50 injuries.

The state Thruway Authority, NYSDOT and highway safety advocates for years have pushed for more speed cameras in work zones to prevent crashes.

“And the good news is, it got done,” said Elmendorf. “And so soon enough, when you’re out there driving across the state, you’re going to see speed cameras in work zones. Smile, you’re on candid camera.”

The pilot program will issue automatic speeding tickets in designated work zones and help determine whether increased enforcement reduces the amount of deaths and injuries.

“We will continue to have a zero-tolerance policy for anyone who endangers the lives of others by driving recklessly,” New York State Police Troop G Commander Major Richard O’Brien said.

Those are words that workers like Anderson, just a year removed from his closest call, appreciate.

“There is at least once a week where you jump out of the truck and somebody doesn’t move over, and it almost blows your hard hat off,” he said.