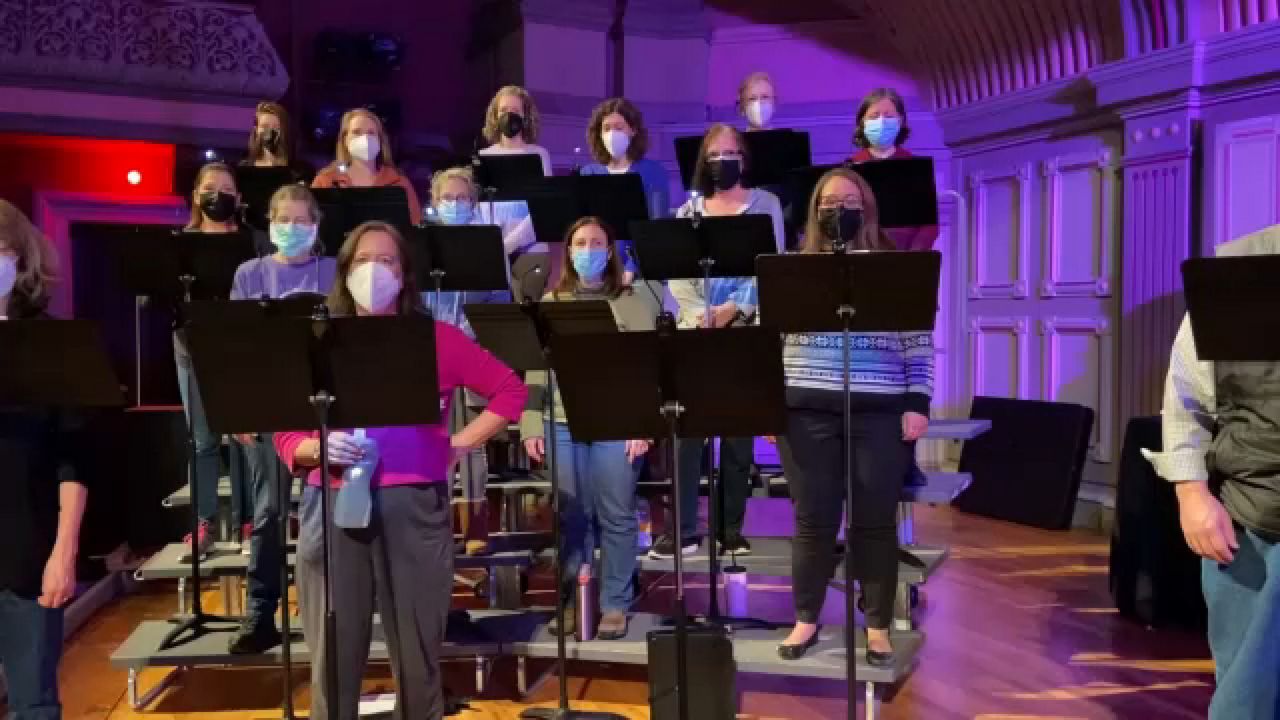 Singers of Albany Pro Musica raising their voices for peace

The singers of Albany Pro Musica have been warming up for a big performance.

The group has spent the last 6 weeks rehearsing “All Night Vigils” by Russian composer Sergei Rachmaninoff.

“I started playing the organ in church when I was 10-years-old and I started conducting the adult chorus when I was 12 and I have not stopped,” Jose Flores-Caraballo, Opalka Family artistic director, said.

Flores-Caraballo says it’s considered one of the most important pieces in choral literature.

Even though Russia and Ukraine are at war, Albany Pro Musica decided not to cancel the concert, saying they stand with the Ukrainian people and hope it delivers an important message.

“We see this as an opportunity to offer this concert as a prayer for peace,” Flores-Caraballo said.

He says this piece is more relevant now than ever. It was Rachmaninoff’s call for peace when he wrote it back in 1915.

“Sergei Rachmaninoff left the Soviet Union and wrote this piece at the time of the Russian revolution,” Flores-Caraballo said.

He says music has a way of bringing people together, and that’s exactly what he hopes the concert will do.

“It transcends all these divisions that we create between cultures within humanity,” Flores-Caraballo said.