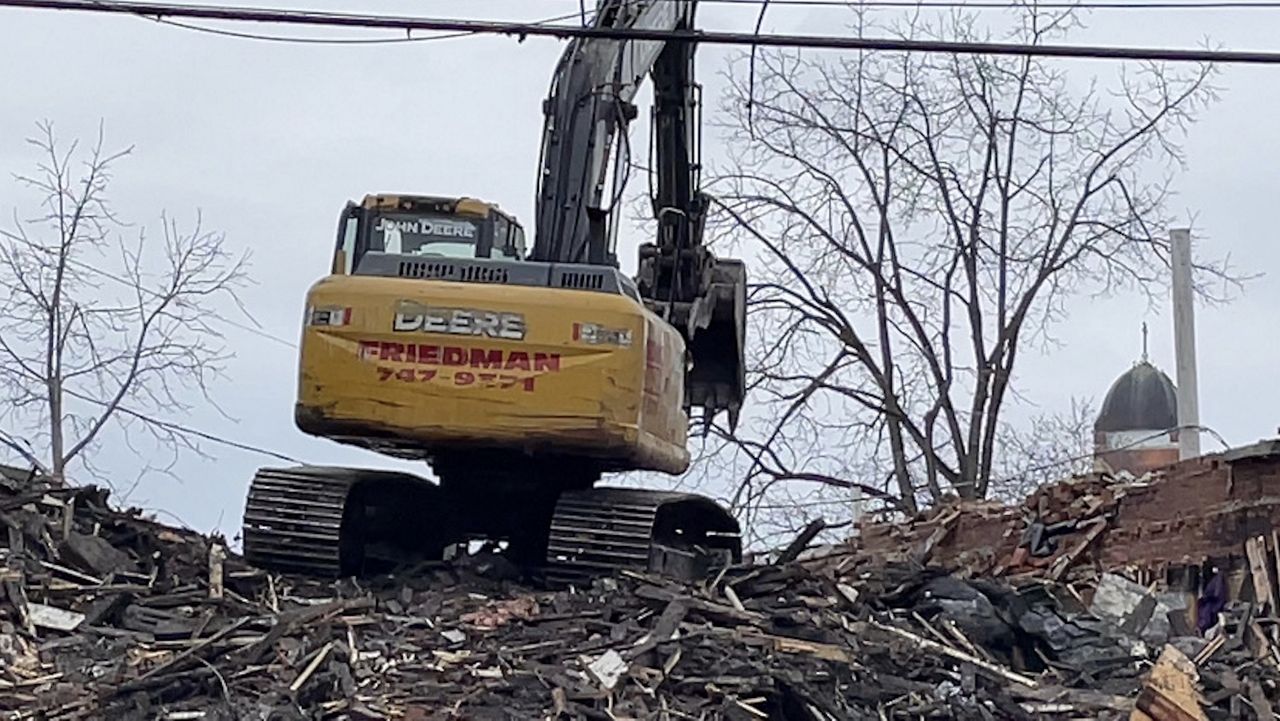 A historic building that was home to eight tenants and businesses in the heart of Greenwich was reduced to rubble over the weekend by an arsonist, police said.

A fire over the weekend tore through the 19th-century, three-story brick structure known as the Wilmarth Building.

“The Wilmarths were one of 12 families that built a church devoted to abolition years and years before the Civil War,” Mealy said.

Mealy is an amateur historian who had a studio for his photography business inside the Wilmarth.

Mealy lost his projects and expensive camera equipment, but he said nothing compares to the loss experienced by eight tenants who called the building home.

“They’re all devastated,” he said. “These apartments weren’t New York City, cookie-cutter apartments. They were beautiful.”

“Everybody keeps saying we need to donate, we want to help out, we want to contribute,” Greater Greenwich Chamber of Commerce President Liv Thygesen said.

The chamber is serving as a hub of resources, a place to collect charitable donations.

“It is unfortunate that it takes a disaster to unite,” Thygesen said. “But it really exemplifies what we are as a community.”

Police say a 48-year-old man from California who had been visiting a relative was seen jumping from a second-story window Sunday. He was later charged with arson and other charges.

Mealy said it's a tough pill to swallow, but with the overwhelming support from the community, he’ll be OK.

“A young mother in town started a GoFundMe page,” he said. “I can’t believe the success of it. So I think might be back in business.”

I’m in Greenwich today following up on a devastating fire over the weekend. It reduced a historic 19th century building to rubble. A California man has been accused of arson and is facing several charges.

How the small tight-knit community is responding later @SpecNews1Albany. pic.twitter.com/QCF1lWq8mn