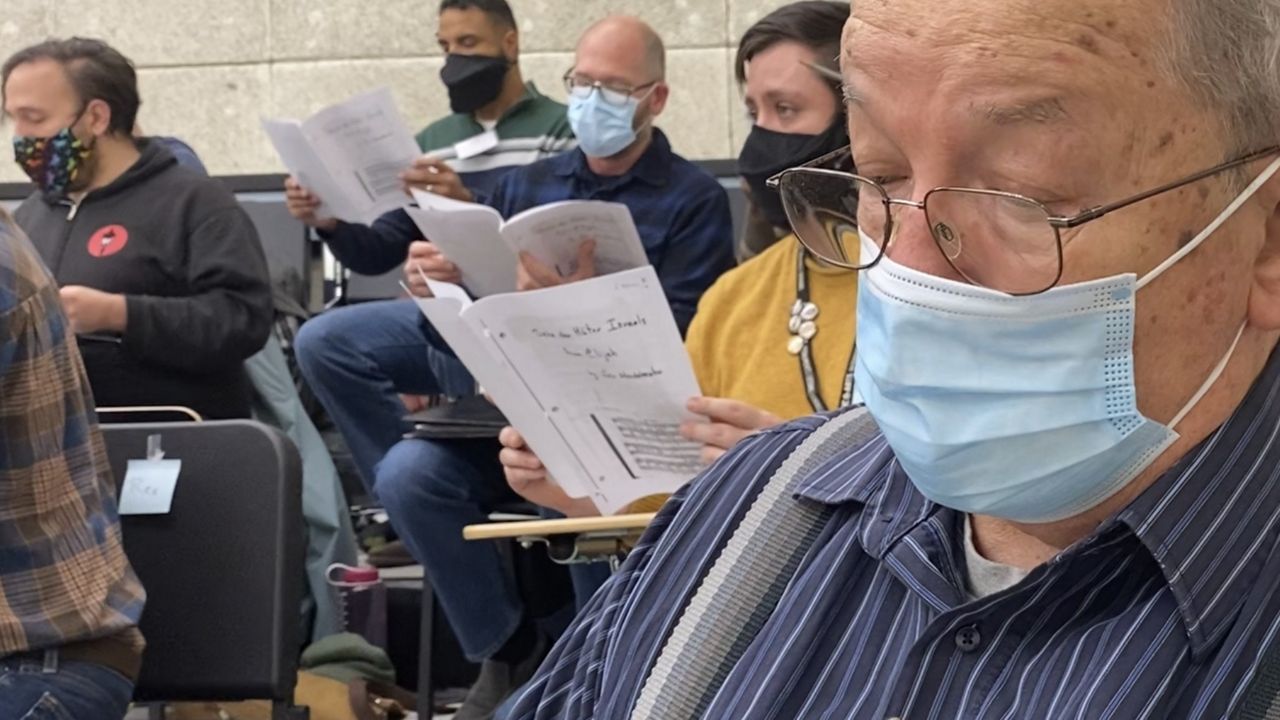 Albany Pro Musica’s chorus and orchestra will take the stage this weekend for their annual holiday concert "The Many Moods of Christmas," a show that was performed virtually last year.

“It was such a challenge to be apart last season … we all take such joy in being together and being part of a community here in the chorus,” Albany Pro Musica Deputy Executive Director Emily Sturman said.

Conducted by Albany Pro Musica Artistic Director and Conductor Jose Daniel Flores-Caraballo, "The Many Moods of Christmas" is a blend of sacred and secular Christmas music.

It features renditions of holiday classics like Silent Night, O’ Magnum Mysterium and, of course, Robert Shaw’s "The Many Moods of Christmas."

“This is four different suites, and every year we do a different suite, and it’s a cycle. It’s very exciting and music that people respect,” Flores-Caraballo said.

This year, there’s a special addition. APM’s award-winning composer-in-residence Bradley Ellingboe will join the chorus to debut his new song.

“I ended up with a four-movement piece, where the narrator, or the texts, are kind of progressing through Christmas,” said Ellingboe.

Ellingboe lives in New Mexico, where his friendship and professional relationship with Flores-Caraballo began many years ago. He’s been APM’s composer-in-residence since 2019, and this new work of music is a 15-minute song based on a personal reflection of what Christmas is all about.

“Christmas is a wonderful time of year and the children love it, but do we really believe in the Christmas message? And so, the piece is called, 'What Can I Give Him?' ” said Ellingboe.

The piece also includes a solo with Bradley, for the first time, debuting his own music as a performer.

No matter your taste in Christmas music, the concert has something for everyone. And for Flores-Caraballo, it's his ultimate hope to inspire.

“I think of providing an experience for people. And that’s what gives me the most satisfaction, and I know that people will be quite inspired from the beginning to the end of this program,” said Flores-Caraballo.

The concert is Sunday‬ in Troy Savings Bank Music Hall.