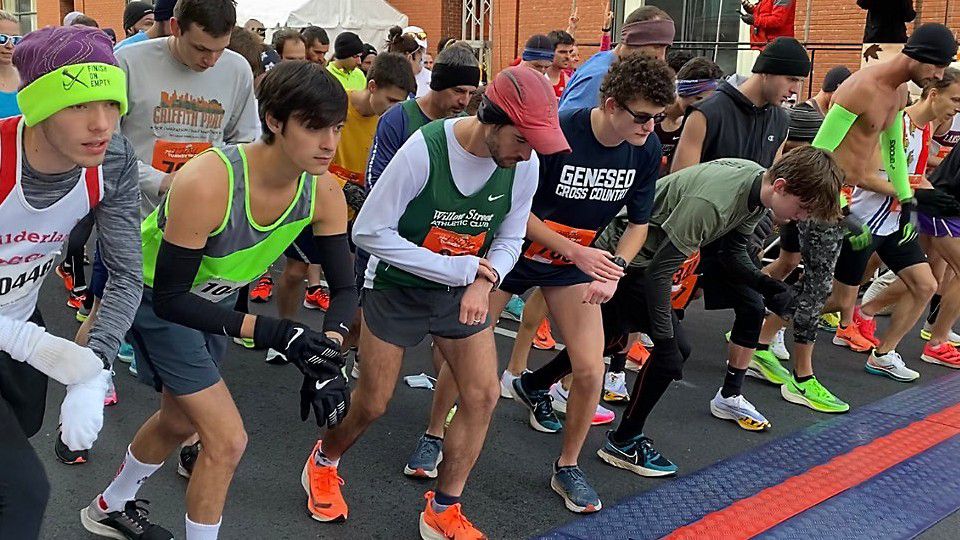 For Pat Glover, it’s special to be able to participate in the Troy Turkey Trot. It’s a race he’s been a part of since 1964, and even won it in 1981. Over the last five decades, Glover has only missed it a handful of times.

One of those years he wasn’t able to run was in 2017. That year, Glover developed blood clots in his right leg. Infections made it worse, which led to his leg being amputated above the knee.

It ended his running career, but didn’t slow Glover down one bit.

“Shortly thereafter, I heard about it, and purchased one, and have been on it ever since,” Glover said.

He’s referring to his handcycle. It has allowed Glover to exercise and feel like an athlete again. He returned to the Troy Turkey Trot in 2019 and was back again Thursday morning to kick off the 10K race.

Glover is one of thousands to participate in the 74th running of the Troy Turkey Trot. The event returned in-person this year after the pandemic forced the race to be virtual in 2020.

“The last time we met was 2019. That was 24 months ago,” event director George Regan tells the crowd prior to the 5K race.

He says this year’s trot drew more than 5,400 people to sign up. Regan estimates about 4,500 actually showed for the races, which is about 87 percent of 2019’s attendance.

“It’s really incredible,” Regan said. “I never really realized the impact of having a pandemic and what it took from us.”

He credits the vaccine for the long time tradition to be able to return this year. The event also raised money for the Regional Food Bank of Northeastern New York and St. Joseph’s House. Regan expects to hit their goal of $20,000.

As for Glover, the crossed the finish line at 29:59 beating his goal of 32 minutes. He’ll be back next year trying to beat that time again. But for now, it’s off to a thanksgiving dinner with his family.