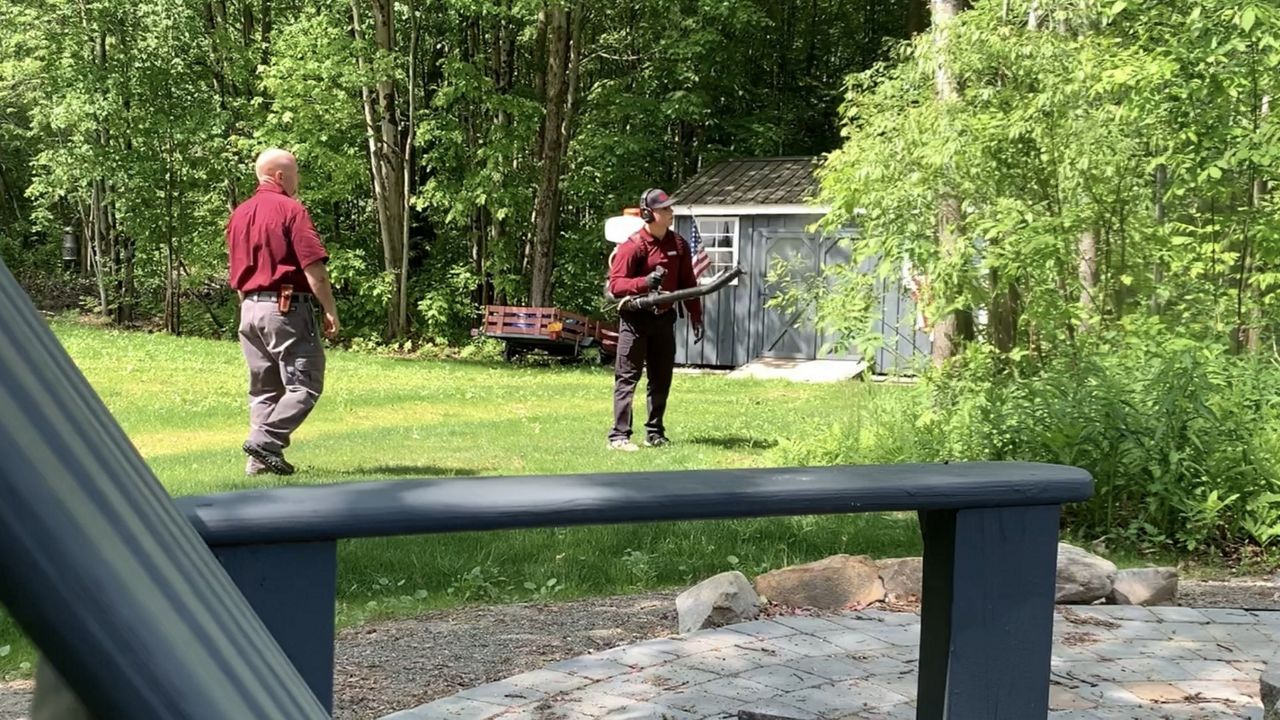 “We’ve actually been quite busy,” said Bob Gaul, technical director at Thomas Pest Services. “Leaf litter is a great place for ticks to hang out.”

For 30 years, Gaul has been involved in some form or fashion with pest control.

Right now, Gaul is teaching one of the new hires at Thomas Pest Services everything he knows about its tick and mosquito treatment.

Gaul says thanks, in part, to a mild winter, the tick population is rampant this year, with the American dog tick and the more familiar blacklegged deer tick out in numbers.

“Their two legs will grab onto the branch and they’ll wait for a host to walk by and rub against that and attach to them,” he said.

“We really focus heavily on pine trees and fir trees,” he said. “They create a lot of shade, especially as they get larger.”

But the trees and woodline are not the only places prone to these pests. Small shrubs right outside our windows should not be ignored.

“It's the rodents that are bringing the ticks closer to the house,” he said.

In addition to a treatment like this, Gaul says there are some other easy prevention measures.

“Keep your lawn nice and groomed. Make sure that the woodbine is cut back as far as you can,” he said. “Don’t blow the leaves into the woodbine, because that’s going to create harborage areas for the ticks.”

While not glamorous, he calls the job a rewarding one.

“Knowing that you’re protecting their home, their health and property for their children and pets,” he said. “It’s just a great job.”