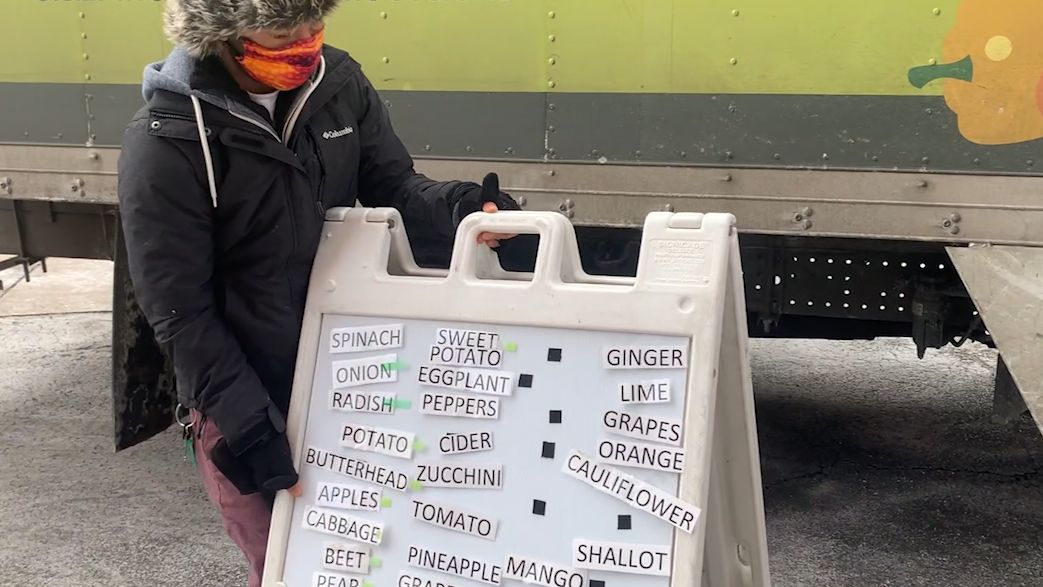 Capital Roots is continuing its commitment to get fresh, healthy food into the local communities that need it, now more than ever.

Kyle McBride joined Capital Roots last July after making the difficult decision to return from studying abroad in Australia amid the pandemic.

He/they were looking for something service-oriented and was familiar with Capital Roots.

"I’d been looking for things more in my wheelhouse, to better align with how I wanted my life to be," McBride said.

He says there is nothing more important than food access.

"Every community should have access to clean, healthy, fresh produce. I don’t think that’s something we should debate about," McBride said.

Once the truck is loaded up for the day, it’s off to its first stop: South Mall Tower in Albany.

Not only does the truck carry fresh, nutritious produce that people can purchase with cash or SNAP benefits, but each week, there’s a surprise item anyone can have, regardless of whether they make a purchase.

"People depend on this truck, and we’re making it just a little easier in this pandemic," McBride said.

The Veggie Mobile is in service 50 weeks out of the year, making nearly 30 stops during each of those weeks, unless there’s extreme weather, which makes it too dangerous.

"We go to senior living homes and things like that so they don’t have to run the risk of going to the grocery store. People don’t have to take public transportation. They can just wait until we roll up," McBride said.

And he/they say this job hits close to home.

"My mom immigrated here in the 80s and then had my brother and I, and she didn’t speak English, so services like this would’ve been a huge help for us growing up," McBride said.

While McBride says this gig isn’t forever, he/they know there likely won’t be another job like it. While making the decision to come back during the pandemic was tough, McBride says this is exactly where he/they are supposed to be.

"Who would I be if I didn’t have this job? Or this experience? That’s how I see it," McBride said. "Something I really live by is paying it forward, especially since I’m fine. I’m healthy, my family is healthy, what can I do to make sure other people have access to that?"

To learn more about the Veggie Mobile, head to the Capital Roots' website.