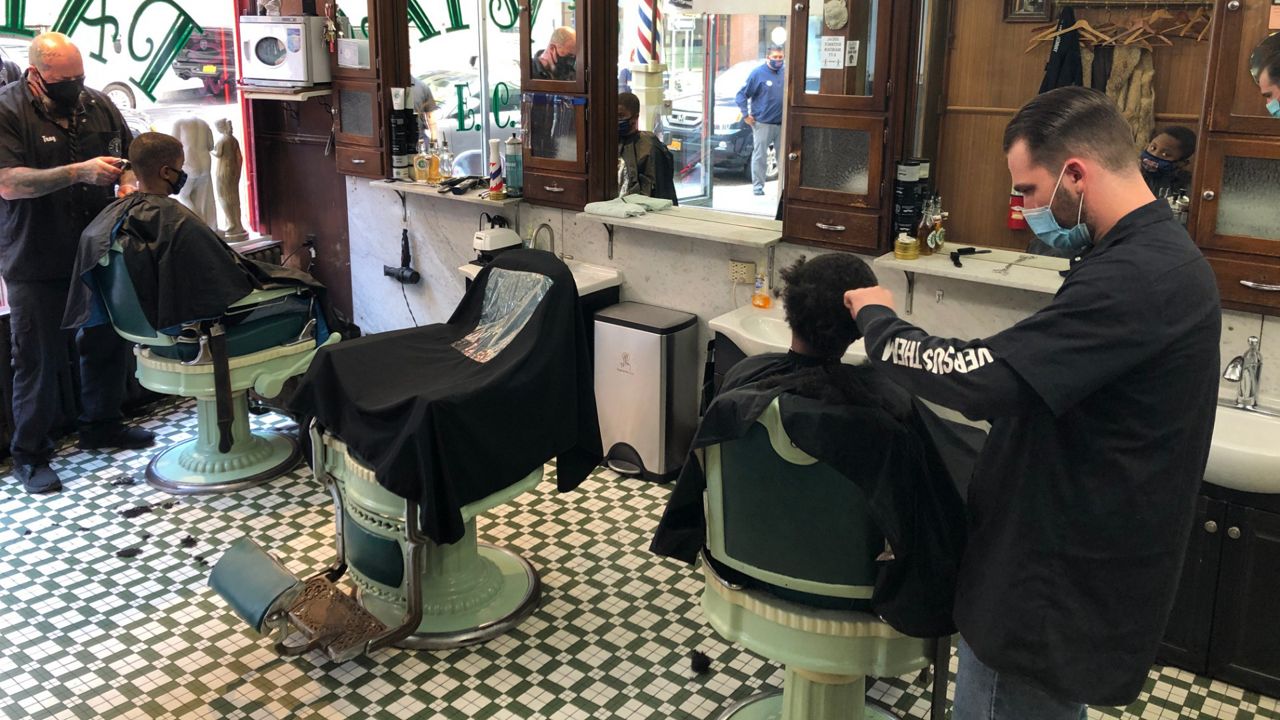 ALBANY, N.Y. — A local labor union and barbershop are teaming up to get kids back to school haircuts for free.

Kids are the VIP guests at Patsy's Barbershop in Albany.

"It's really all about love and love is the answer and we're trying to spread some generosity in these hard times," said William Yager, owner of Patsy's Barbershop.

Yager, better known as "Trag," has owned Patsy's since 2006. He's just the third owner of the shop since it opened in 1930. He says he feels a responsibility to give back.

"Families that are having a hard time making ends meet are able to come here, get a haircut, we have some school supplies that we're handing out," Yager said.

In conjunction with the Laborers Local 190 Union, they're offering free haircuts to any kid in the Capital Region in kindergarten through 8th grade.

"It's so much to worry about with everything going on," said Anthony Fresina, Business Manager of the Laborers Local 190. "Whether they're going back part-time or full-time, and I think it's just one less thing for parents to have to worry about."

Fresina said even though they're a construction union, and not affiliated with barbers or cosmetologists, many of their workers have a great relationship with the barbers at Patsy's, and because they've been a community fixture in Albany for so many years, it just made sense to team up.

"Although there's a lot of remote learning right now, everybody's on camera, everybody wants to look their best," Yager said. "So it's important to give everybody the opportunity to do that."

Sharon Hempstead of Queensbury says that's exactly why she brought her daughter in for a haircut.

Hempstead says things are a little rough right now, so getting her daughter a back-to-school cut to help boost her self-esteem was especially needed.

"Something that, you can't provide as a parent at certain times, it's nice to have people recognize that other families might not be having it as easy as others," Hempstead said. "So, it's awesome and I appreciate it."

If you're interested in getting a free haircut, all you have to do is get in touch with Patsy's Barber Shop. They will be offering the cuts for the next few weeks.

Anyone who is interested in getting a free haircut can schedule the appointment by messaging Patsy's on Facebook or calling the shop directly at (518) 463-3602.