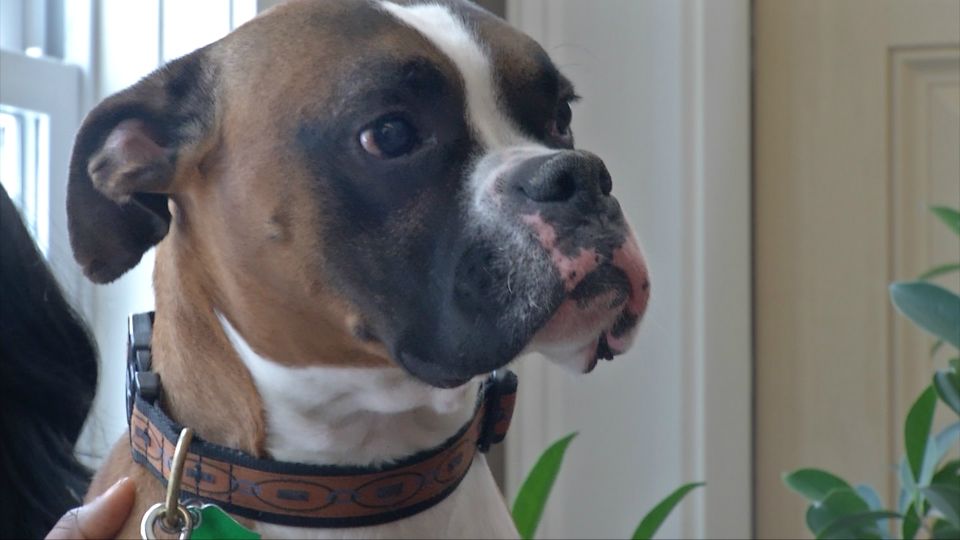 Brutus is now happy, playful, friendly, and trusting. You would never know that just a few months ago he was rescued from extreme trauma.

“He had suffered by probably being left in some very confined harsh environment,” said Dr. Kyra Haring, a veterinarian at For Pet’s Sake Center in Glens Falls.

The boxer arrived at the center 20 pounds underweight and with severe self-inflicted injuries to his legs due to neglect.

SPCA Director Cathy Cloutier says on a scale from 1-10, Brutus was in bad shape.

“I’ve been doing this for 22 years and for a dog to be alive with the number of injuries he sustained, it was number 10," said Cloutier.

The SPCA was tipped off about Brutus’ condition through the Warren County Sheriff’s Office.

“When I first got the phone call from the officer he was very upset,” explained Cloutier.

Cloutier added that this is the second incident in 2019. Another dog named Baby was found badly emaciated just months apart from Brutus' incident.

Dr. Haring, who in part nursed Brutus back to health, says protecting animals from these situations takes a village.

“With law enforcement officials, the DA's office, and the SPCA, we can seek the maximum sentencing and really teach people that animal abuse is not acceptable,” said Haring.

Only three months later and Brutus is back to a healthy weight and his legs nearly healed.

And there are so many more just like him in need of adoption.

Even though Brutus isn’t up for adoption you can find out how to donate to his care by going to the SPCA Upstate Facebook.