With less than two weeks until the ban on flavored e-cigarette products begins, a vape shop owner in Gansevoort fears he will be forced to close his doors. Without these flavored products many users who’ve quit smoking fear they will be tempted to return to cigarettes.

When Billy Garrison talks about his passion for helping smokers quit cigarettes, it’s clear he is not blowing smoke. 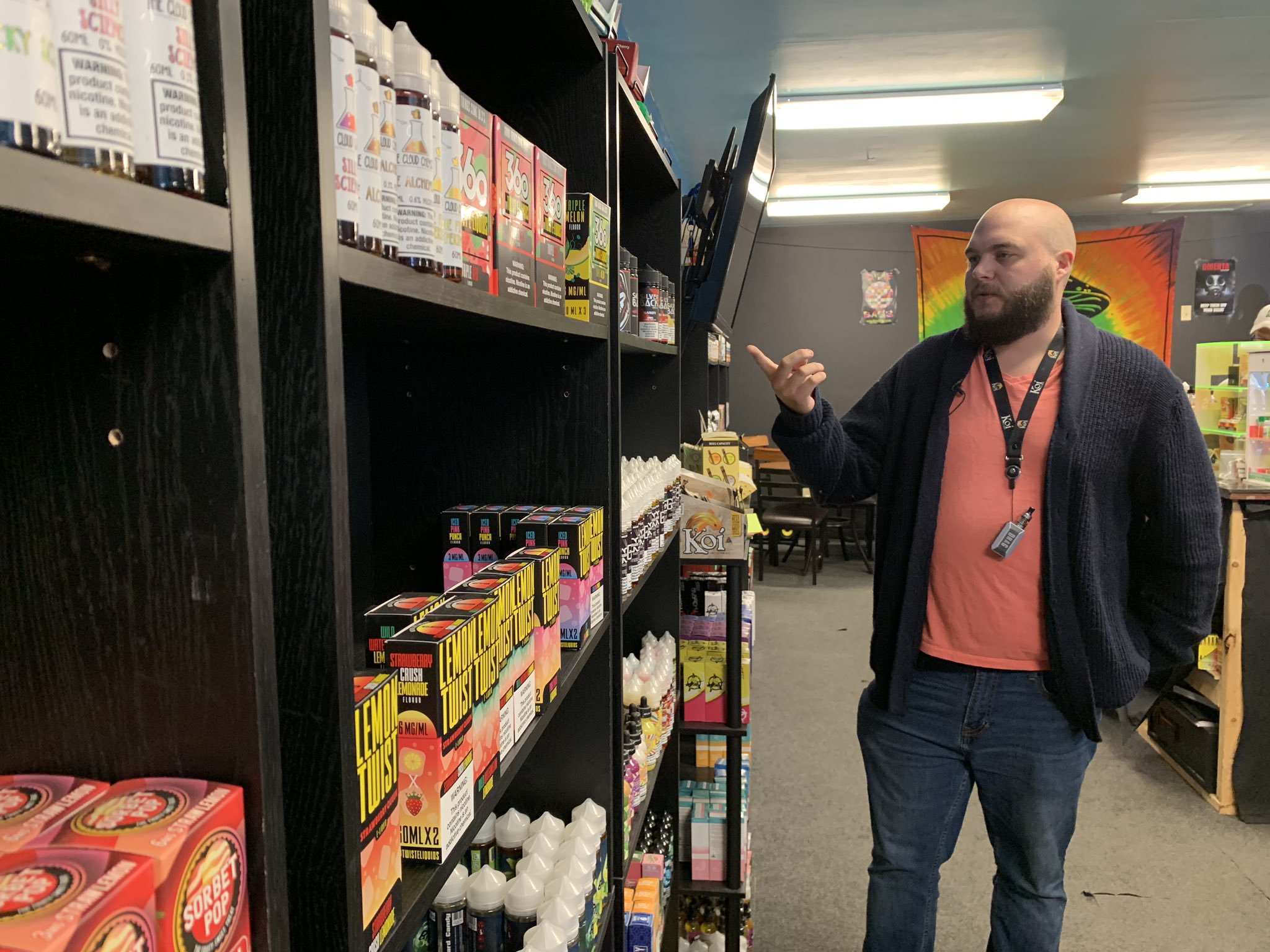 “It is something I’ve been doing for almost four years now and the thought of not doing it is something that genuinely hurts me,” Garrison said.

Garrison owns Vaped and Confused with his fiancée Katherine Booker. They are liquidating their flavored inventory, fearing Governor Cuomo’s ban will force them to close.

One thing I keep hearing when I ask vape users why flavors are so important - they tell me tobacco or menthol flavors make them feel sick and makes it harder to dissociate from traditional cigarettes. @SPECNewsAlbany pic.twitter.com/JbBRBnGMKd

“It is not for the money, it is for the people we have taken off cigarettes,” Garrison said.

Overlooked in the debate over vaping, Garrison says, is the value of flavors when it comes to harm reduction. He says tobacco and menthol flavored products, not included in the ban, can make users feel sick and eventually tempted to return to cigarettes. Some users say disassociating from cigarettes as much as possible is vital. 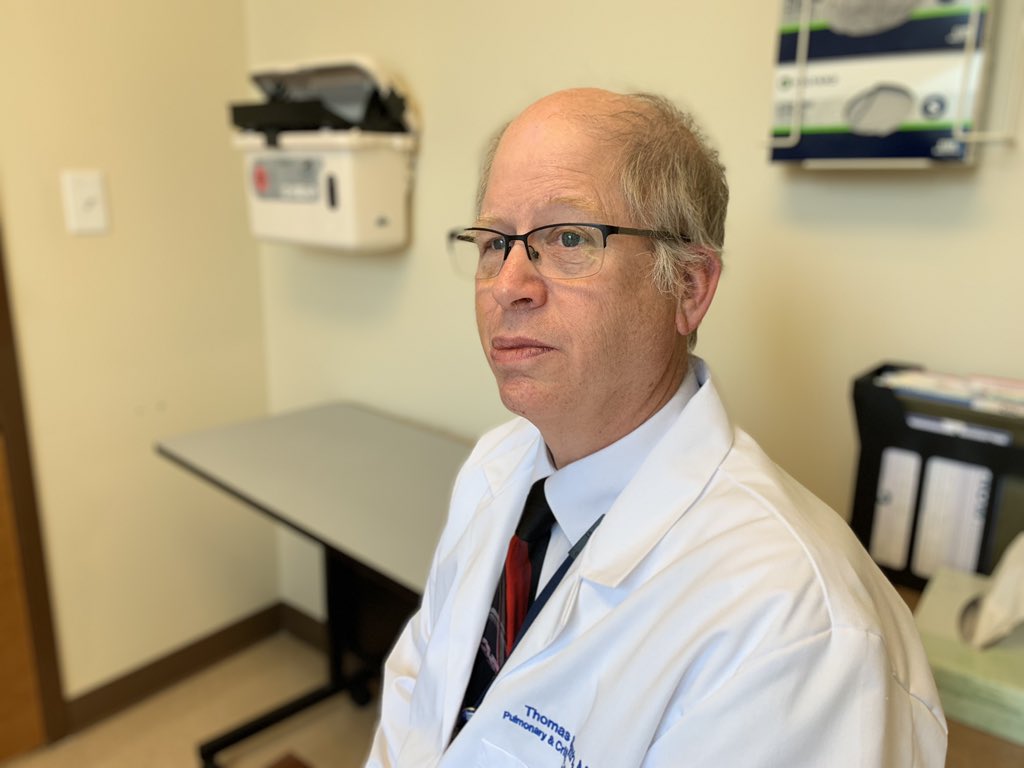 “People go back to traditional smoking because of nicotine addiction,” Smith said.

Smith calls himself a longtime “champion” of e-cigarettes to help smokers quit, but youth addiction has made him reconsider that opinion.

Dr. Tom Smith is a pulmonologist at @AlbanyMed. He’s seen 5 patients with vaping related illnesses in recent weeks. To blame, he says, is illicit THC and CBS oil - not nicotine e-cigarettes. He says each poses distinctly different levels of risk. @SPECNewsAlbany pic.twitter.com/JmbNE6WGQq

“My position of being in favor of e-cigs has become untenable because of the youth part of this. I have to acknowledge that,” Smith said.

Despite a difference on that key point, they share a lot of common ground. Smith says he has treated five patients in recent weeks for vaping related illnesses, but emphasizes nicotine is not to blame. He believes the culprit is bad CBD oil and black market THC liquid. 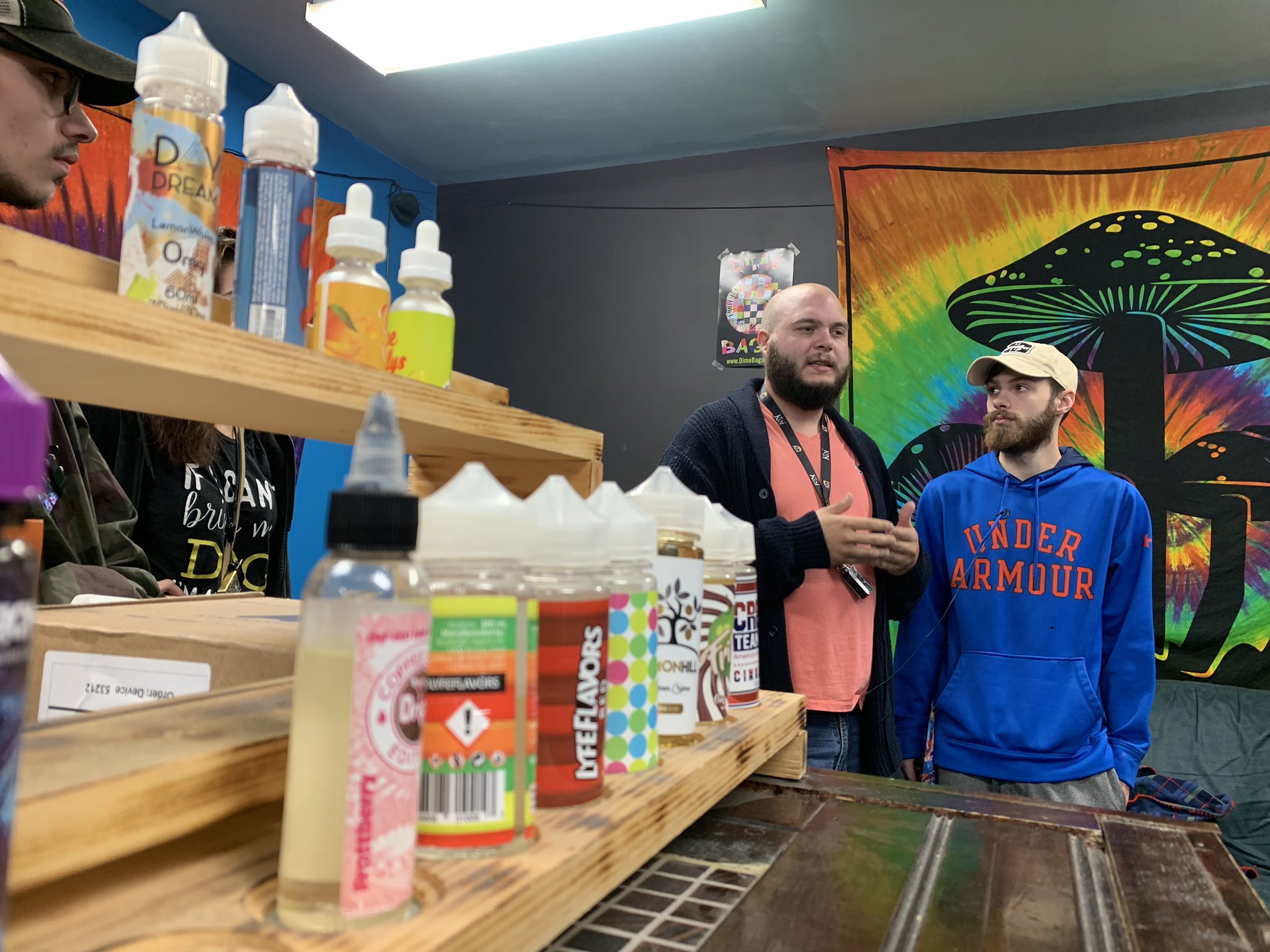 “It appears the injury is coming from when you’re buying illicit off the street product. The distinction needs to be made I think between e-cigs and illicit vapes,” Smith said.

Both agree, there is no safe form of vaping but Garrison believes a decision aimed at improving health will have unintended consequences.

Billy Garrison of vaped and confused is trying really hard to rally customers against the flavor ban. @SPECNewsAlbany pic.twitter.com/Jn4KRoerw3

Billy Garrison says he plans to fight the ban on flavored products and hopes to stay open but he also knows overturning the decision is unlikely. He does say though he’d support increased regulation of e-cigarettes.