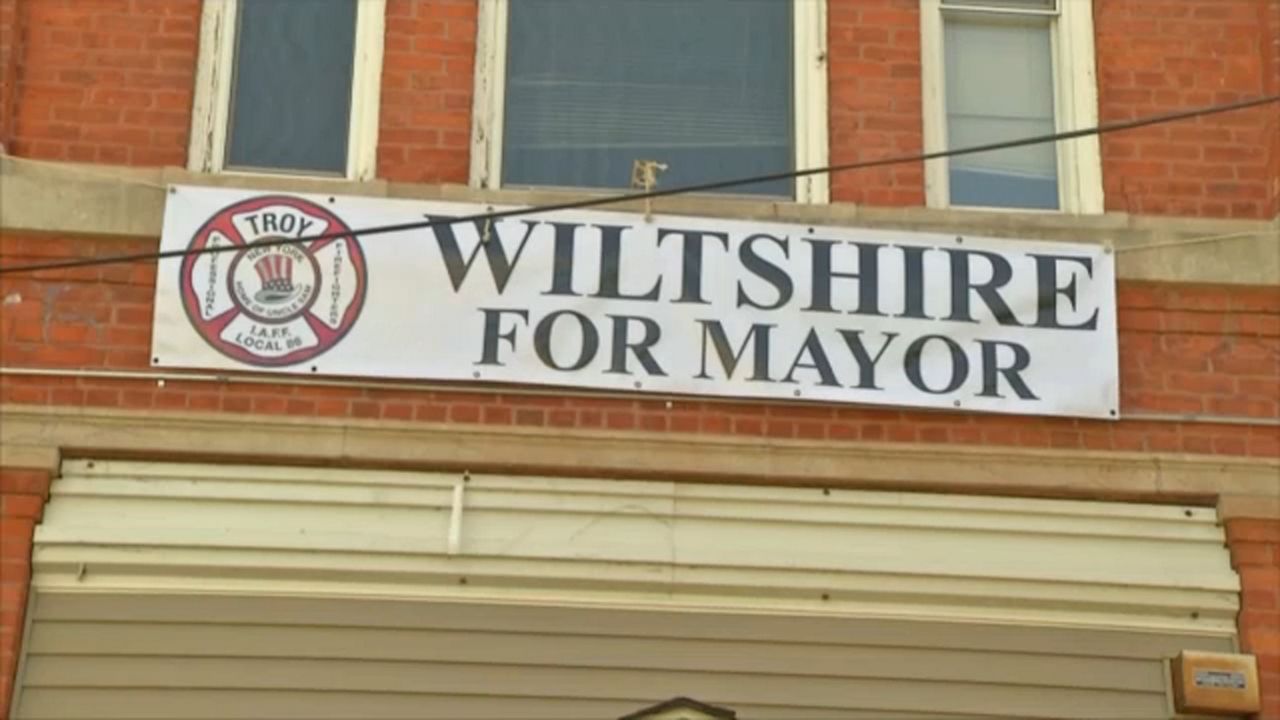 As frustration within the Troy Fire Department continues to build, the firefighters union says it endorses Rodney Wiltshire as the next Troy mayor.

Two weeks ago, Troy firefighters were put to the ultimate test when a fire collapsed a popular bowling alley Alpha Lanes.

“They had to fight like heck to be able to do the job they're here to do," said State Professional Firefighters Association President Sam Fersina.

Even with help from neighboring Capital Region departments, it took several hours to put out the flames at Alpha Lanes before another major fire broke out later that evening inside a welding shop, a few miles away.

The double dose of major fires heightened the calls for change in the department.

“Everyone these days has a second set of turnout gear,” Fersina said.

Everyone, he says, except the Troy fire department.

Wednesday morning, Fersina stood side by side with firefighters outside the Troy Local 86 Fire Union, with the prospect of change on the horizon.

Wiltshire, former Troy city council president, will take on Mayor Patrick Madden in the June primaries. Wiltshire also ran against Madden in 2015 and lost by just 47 votes in that primary.

“This endorsement means more to me than anything I've received in the previous campaigns. Public safety is honestly the number one issue in the city of Troy,” Wiltshire said.

With just one month to go, the safety of Troy firefighters is at the forefront of Wiltshire's agenda.

“While battling the two blazes two weeks ago, firefighters had to wear the same turnout gear [with] no ability to conveniently shower,” Wiltshire said.

He says the Madden administration is waiting until the last minute to help firefighters.

Madden’s campaign responded to Wiltshire in a statement to Spectrum News. The campaign says $3.5 million has been invested to "bolster the firefighting capacity of the department, and [strengthen] our firefighters’ ability to respond to emergencies in our community."

Democratic primaries are on June 25.