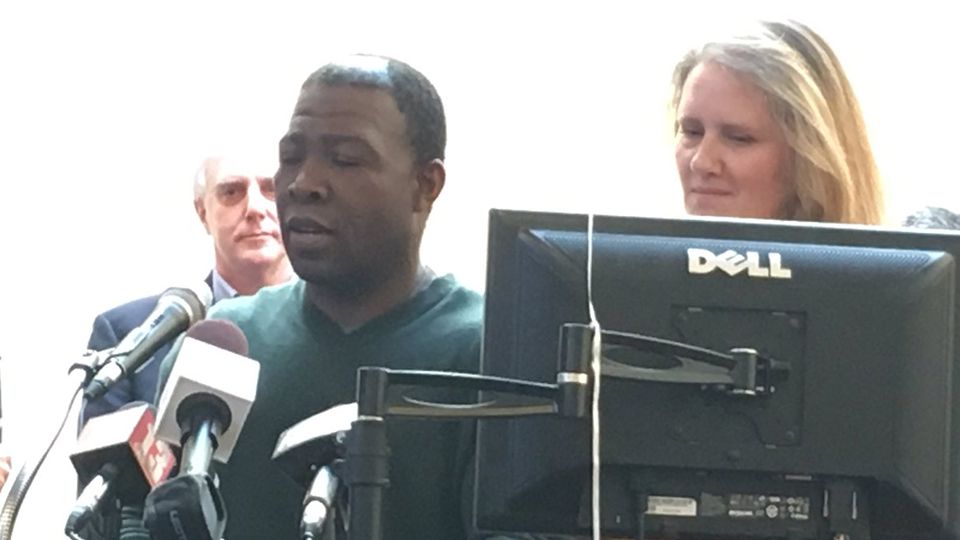 Ngoran has spent six weeks in custody at a federal immigration detention center in Buffalo.

On Tuesday, the longtime chef was released from ICE custody and returned home to Albany to a planned celebration on Wednesday at the Capital City Rescue mIssion.

“I need your number for your wife or your lawyer you go out today I said thank you Jesus thank you lord," said Ngoran.

It's the story Ngoran will tell his grandchildren.

“In that moment I felt like somebody put cold water in my body I said thank you lord I go into the corner I pray for all the lawyers, everybody," said Ngoran.

The lawyers, who for weeks worked to get the beloved chef released from ice custody and the elected officials, like Albany County Sheriff Craig Apple who fought for his return home, from day one.

Six weeks ago, ICE detained Ngoran during what he thought was a routine visit to their offices, to fill out paperwork.

He was sent to jail in Batavia causing an uproar in the Capital Region and beyond.

“A person who is in here five days a week cooking meals for the homeless. These are the kinds of people we embrace. We say welcome to our country, you are part of the New York state story, said Lt. Governor Kathy Hochul.

Wednesday, Hochul was among the many officials welcoming Kinimo home.

“What you've had to endure for six weeks, painful but I want you to know that this has sparked more people using your story as a call to action," said Hochul.

“For this man to have spent six weeks in a cell was the most inappropriate thing I’ve seen in the criminal justice system," said Apple.

But now, Ngoran is back home and if anyone can turn a bad taste into a good one, it's him.

“People come here and we cook for them very single day," said Ngoran. “I wanna be here every single day to cook and just serve good people and I'm so grateful today for everybody."