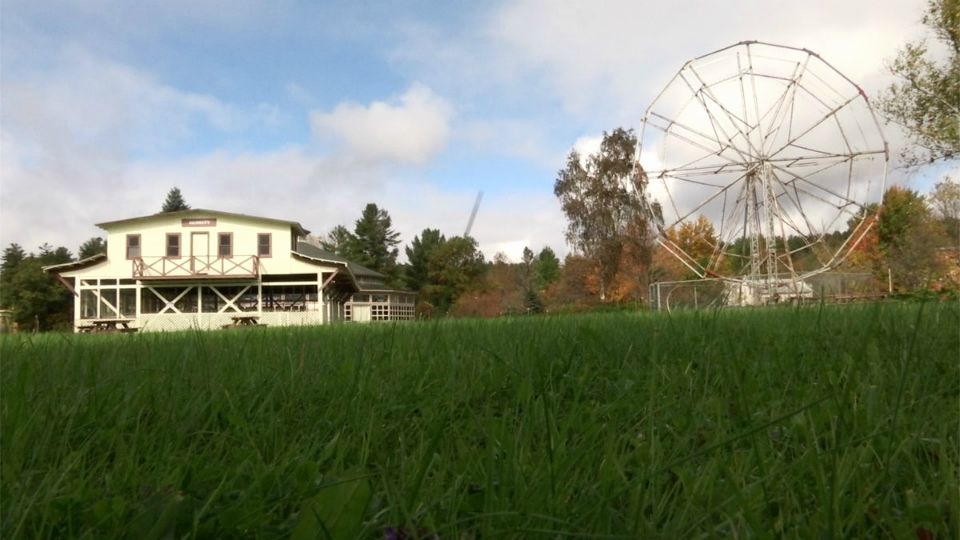 In the proud history of Caroga Lake, many of the fondest memories are traced back to one place.

“Oh my God, it was the best, the best,” said Dr. John Glenn, a native of the town. “I’m sure everyone in town has thousands of stories about Sherman’s.”

For more than 50 years, Sherman's Amusement Park generated the types of memories that stay with people for a lifetime.

“You felt like you could do almost anything at Sherman’s," said Richard Nilson, Caroga’s town historian.

“The first time I rode the Ferris wheel I was maybe 5 years of age and I was so scared I was screaming," said Glenn, a longtime physician who serves on the town board.

"I actually ran away from home when I was 5 years old to go see Trixie at Sherman’s, there was a pole up there and they had a monkey," said Peter Horton, who grew up in Caroga and previously served as the chairman of its planning board. “My parents thought I had drowned.”

On the shore of Fulton County's Caroga Lake, Sherman's Amusement Park was once the place to be in the Capital Region. We revisit the shuttered park's history tonight on @SPECNewsAlbany. pic.twitter.com/dcAMSWWEtz

The creation of Frank Sherman, Sr., the park opened in 1921 when Caroga was still a gateway for many traveling to the Adirondacks.

"They really had kind of a pioneering spirit in what to do," said Nilson, who lives about a block from the Sherman’s property.

Before the rides were added, Sherman's functioned as a public beach, restaurant and dance hall that attracted some of the day's biggest acts.

“On weekends there were sometimes three bands going at once," Nilson said.

“The place was jammed,” said Glenn. “On Friday nights and Saturday nights you could not park within three miles of the place."

The Sherman family sold the property in 1970, starting its demise. A rusted and peeling shell of its former self, the long-shuttered park sits idle on the lake's shore today.

“It was really the Northway that drove a lot of people away," said Horton, who added that newer attractions like the Great Escape in Lake George became a bigger draw.

I am ALL about this old Wurlitzer military band organ, similar to the one that played during merry-go-round rides at Sherman’s back in the good ol’ days. pic.twitter.com/Z8rlf8pFEG

Less than a mile north from the park, much of Sherman's storied past is preserved and celebrated at the Caroga Historical Society and Museum.

"It’s really wonderful to have anything salvaged from that time so people can see the actual history and the actual artifacts they have here,” Nilson said.

The exhibits offer a window into Caroga's more vibrant times and, perhaps, a roadmap to a bright future.

“Memories are memories and you have to go forward from there,” Horton said. “I think what I see is opportunity for the next generation.”

"I don’t think we can go back in time, we need to go forward,” Nilson said. “What happens is still to be determined.”