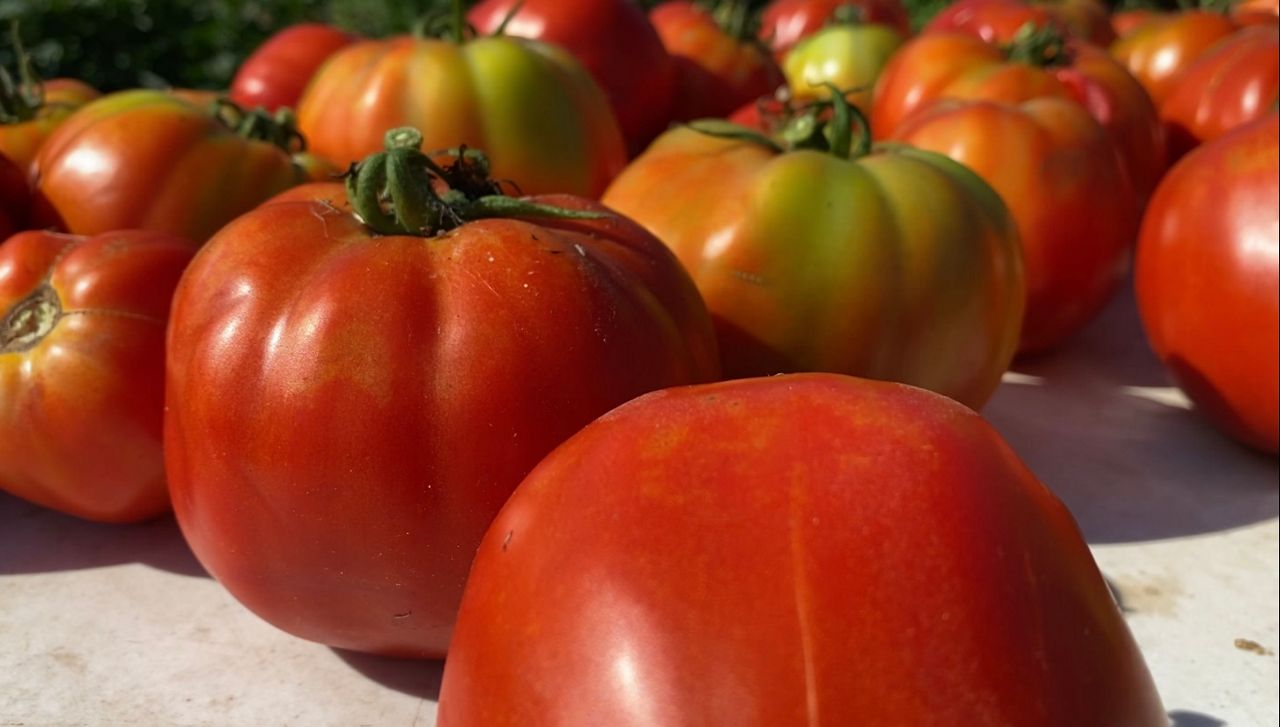 Students in the Bethlehem Middle School Gardening Club have spent every Thursday for the past several weeks taking care of the district’s crops. They’ve watched as things like green beans, tomatoes and eggplant have continued to grow.

“Honestly, I tried gardening club once or twice just to get my science grade up and it was fun,” says Giana Bianchino, a seventh grader at Bethlehem.

The gardening club works closely with assistant principal Mark Warford, who oversees all of the growing and maintenance.

Right now, the club is working to harvest the vegetables that have grown thanks to their work.

“This time of year is really exciting for them to see that. And also too, we thank them. When we do our salads for kids day where we serve free salads to all kids in the building at each lunch period, we thank the garden club students that helped make that happen,” says Warford.

Bethlehem isn’t the only school district growing their own crops.

For the past five years, science teachers Amber Cost and Jim Rodewald have been expanding the gardens at Shaker High School.

Cost and Rodewald work closely with the North Colonie food services department to make sure the vegetables can be incorporated into student lunches.

“The nutrition truly can’t be paralleled. I feel like fresh produce just incorporating that into the diet and having it locally grown. It doesn’t get more local than this,” says Cost.

Some of what’s grown will be made into spice packs that can be used district wide. At a time when it’s harder to find good, affordable produce, the food services department says this is its secret ingredient.

“Everything is on back order and then also, the price of things have gone up 50% plus, so getting this fresh produce from the Shaker garden, literally just going out and picking it is amazing,” says Alex Clements, assistant director of food service for North Colonie Schools.

In Bethlehem, their produce is either sold at farmers markets or used in the school cafeteria. Unfortunately, it’s not enough to completely avoid price increases, but every little bit helps.

“In terms of offsetting the overall cost of food, there is obviously some impact but we would need about 20 of these to really produce the amount of food to really make a big dent in that,” says Warford.

But Warford says that doesn’t mean other districts shouldn’t create gardens of their own. He believes the process has a number of benefits.

“You can start small,” says Warford, “You can do just a few raised beds which can produce a tremendous amount of food, but it’s a wonderful way to really begin a conversation about locally grown food, organically grown food.”