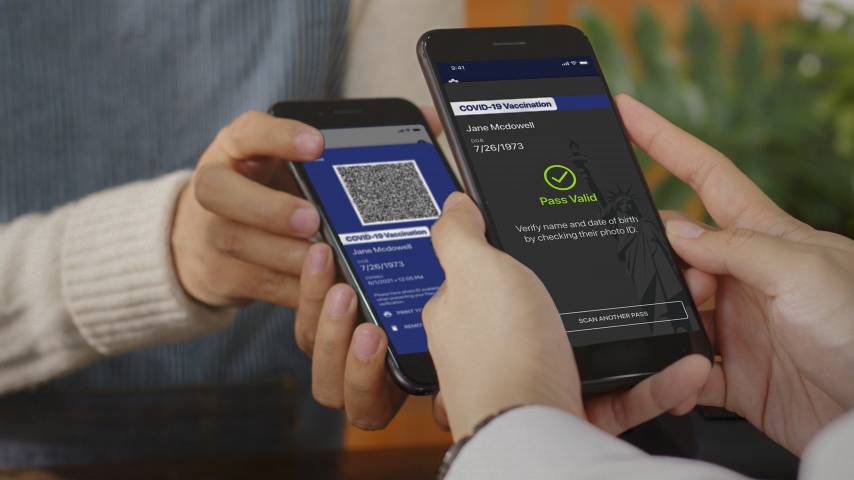 Like many New Yorkers last year, Nancy Mattice of Troy did her part of staying home. She stayed away from doing the things she enjoys and being around the people she loves.

"The hard part was not being able to see family and friends," said Mattice.

That’s why when she qualified to get the COVID-19 vaccine, she did whatever necessary to get it, including a drive that took hours for both doses.

"I actually drove to Johnson City for my first and Endicott for my second, because I wanted it as soon as I possibly could," she said.

Like all of us, Mattice put her life on pause. Her favorite things, like traveling and attending concerts, all came to a halt. Even her husband’s career as a musician with a local band was postponed, and to this day looks different.

"I think it’s very frustrating for him because he loves to play; it’s a big part of his life," Mattice said.

She also missed out on major life moments like the birth of her granddaughter, who was born in October.

"I feel like I never had a change to bond with her like I did my grandson," she explained the moment of meeting her granddaughter, with a mask on, months after she was born.

Anxious to get back to her lifestyle of traveling and concerts, Nancy wanted to make sure she had access to the Excelsior Pass. The pass is New York’s vaccine passport program.

The Department of Health says the pass is available 14 days after your second vaccination. But Nancy’s second shot was on March 8. More than a month and half later, she still couldn’t access it.

"I was terribly concerned about it. I really felt like I was going to be under house arrest," she said. "That I did exactly what I was supposed to do, got both vaccinations, but now, because of this, I would be shut out."

She says after weeks of unanswered emails and phone calls from local leaders, state health departments and Walgreens, she found that the information from her second shot information wasn’t even in the system.

"I called Walgreens, and they swore up and down they entered it," Mattice said. "They tried entering it again and they were unable."

Nancy says she kept pressing for answers and sent more and more emails, and continued her search for answers. But she was not the only one with issues with the program. We spoke to a handful of others who have had similar problems to Nancy.

While they did not agree to an interview on camera, they still sent Spectrum News background information and documents to verify their claims. They said they were unable to access their pass, ranging from weeks to months, after getting both shots at both pharmacies and state-run sites.

Nancy says a woman at the New York State Immunization Information System (NYSIIS) was eventually able to fix her problem and grant her access to the pass. However, Mattice says the worker didn’t tell her exactly what was wrong or how it was fixed.

Spectrum News reached out to the New York State Department of Health on the claims of the issues with the system. The department responded, "There are no technical issues or glitches. Excelsior Pass is a new, innovative, first-in-the-nation program, and as such, user questions are expected."

The Department of Health declined multiple requests for an interview. However, it sent a press release listing the following instructions for those having issues with the passport program:

• We encourage New Yorkers to visit the Excelsior Pass website and FAQ to learn more about Excelsior Pass and how to get started.
• If users are still having trouble, they can fill out the Excelsior Pass support form or reach out to the Excelsior Help Desk at 844-699-7277 from 7 a.m. to 10 p.m. daily. Note that the support team does not have access to any personal health records and therefore will not be able to provide specific details about personal eligibility for a Pass.
• As stated in my initial response, if you are not able to retrieve your COVID-19 Vaccination Pass 14 days after your final vaccine dose, please ensure that the information you are entering matches your name and data on your vaccine documentation and try again later.
• For issues pertaining to personal health records, New Yorkers are encouraged to reach out to their vaccine administrators or testing sites directly. For those vaccinated at a state-operated vaccination site, that would be via the NYS COVID-19 Vaccination Hotline at 1-833-NYS-4-VAX (1-833-697-4829).