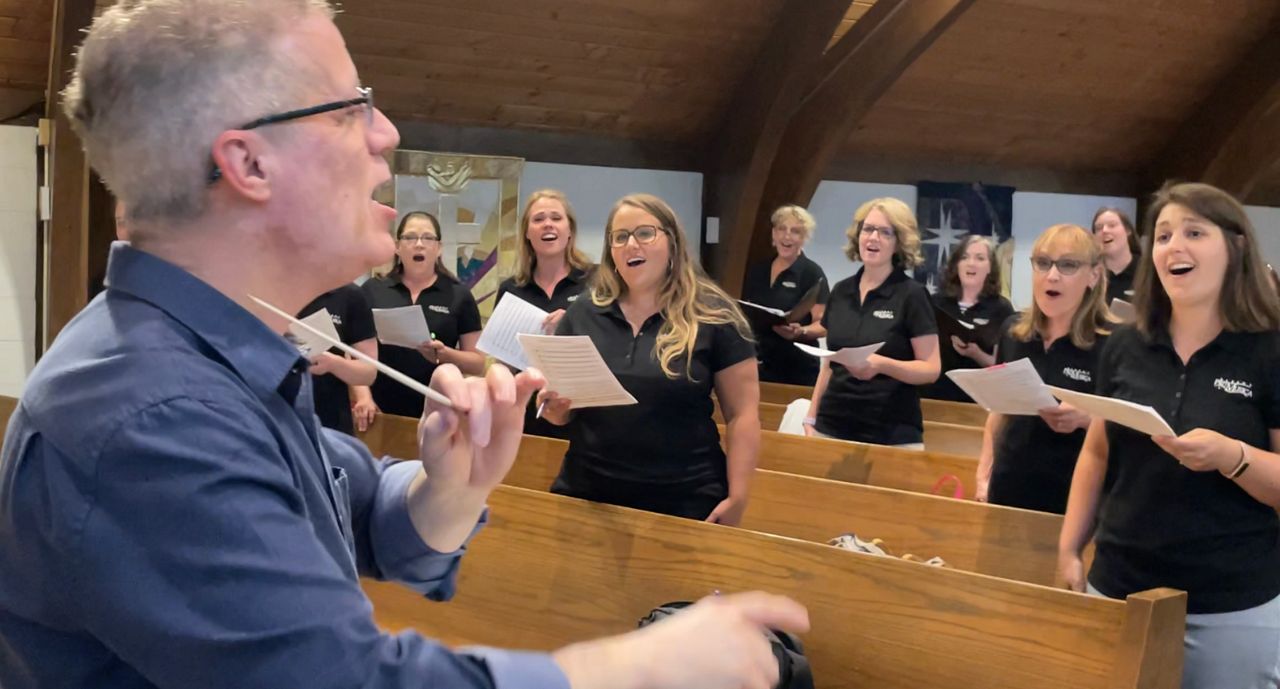 “We have not been together as a chorus since March 2020,” said longtime baritone singer, Rex Smith.

For months, the choral ensemble have performed virtually.

“They required the singers to memorize all of the music and then lip sync,” he said. “So it was more like producing a rock video.”

But for now those days are behind them. The group gathered recently for their first rehearsal together in more than a year and a half.

“Chorus is really a family and like family,” said Daniel Flores Caraballo. “It’s not until they’re gone that you realize how much you miss them.”

First on the docket is Broadway Pro Musica.

“These are songs that people know, and so its going to enable people to get back into the drifts of things,” said Smith.

“We have people beyond the Capital Region, even beyond the United States who have been watching us online,” said Daniel Flores Caraballo.

So it will keep a virtual presence throughout the season which will include music surrounding the theme of love.

“I think the emotion that we’re all feeling coming out of the pandemic that we’re so grateful to be able to be part of a community again,” said Smith.