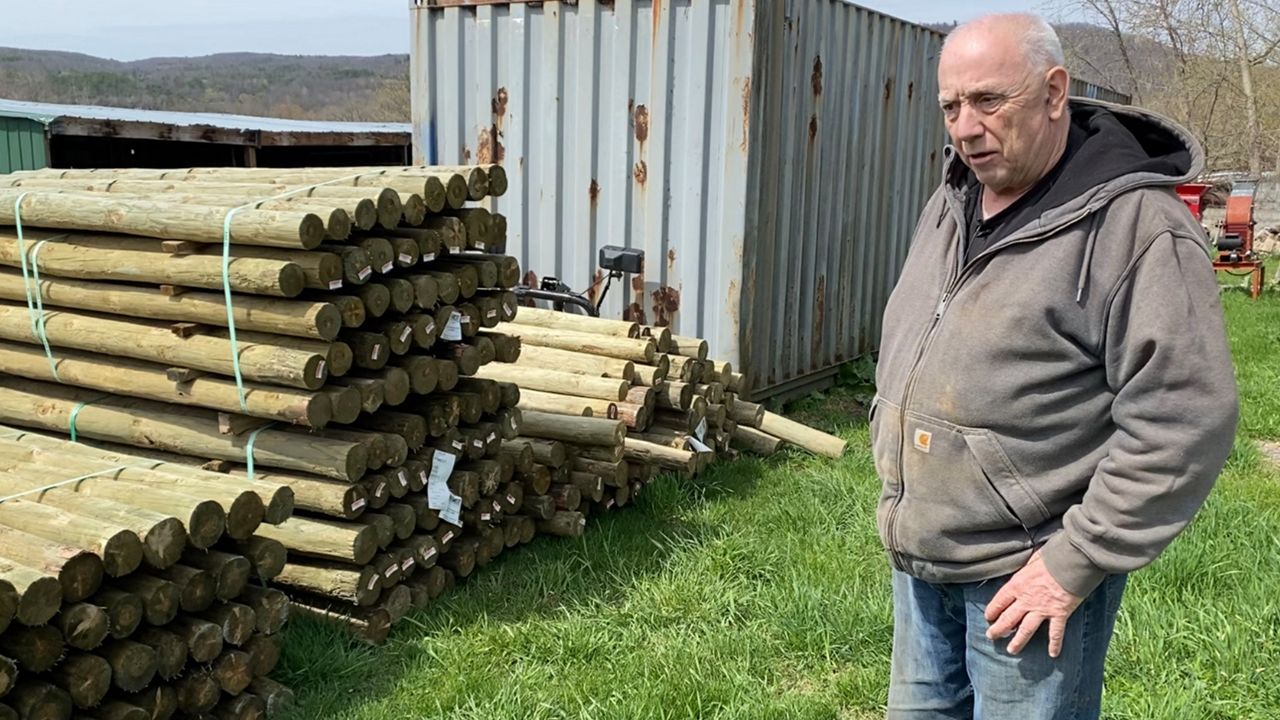 When Brian Conlon brought a Schenectady County farm in 2004, his plan was to raise and care for horses on the 60-acre land.

“We got two horses here,” Conlon said. “We got the Belgium horse, which is Queeney, which is my horse that I ride. Dixie is the Spain horse, and that’s the horse Betsy is going to ride at some point.”

But over the years, Conlon has come up with different ways to utilize the farm. In 2013, he started producing hay. Two years ago, Conlon began growing hemp.

“My first year’s crop, it’s been hanging here just because there has been nothing for it to do,” said Conlon, giving a tour of what he has produced.

And that has led to another opportunity: growing cannabis.

In March, Conlon was among the more than 150 farmers applying for the state’s adult-use cannabis conditional cultivator license. Last month, he was just one of 52 farms given the green light to grow marijuana.

“It’s about 200 feet by 800 feet that I’m going to be using,” said Conlon, pointing to the section of his farm that will be used to grow cannabis. “It’s going to come down a little farther toward us.”

He is estimating production of more than 17,000 plants on a four-acre section of his farm.

Now that he has been approved for the license, Conlon is working on setting up security. He’s been in discussion with the local police chief and plans to have high fencing with 24/7 surveillance.

“So it’ll be just a half a mile of fencing wrapping around the pot growing area,” he said.

Conlon said he will only be growing the cannabis, which will contain more than 0.3% of THC. Once it’s harvested, the product will be shipped off to a state licensed processor.

The goal is to start planting this month. But Conlon is also hoping to develop a business that his family can take over.

“It’d be nice that [my daughter] has a long term, good income coming,” he said. “And I hope to get a good enough income out of it myself to retire.”