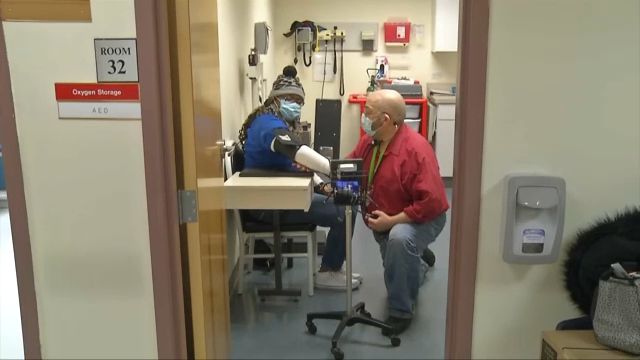 COVID-19 has wreaked havoc on a global scale. But with a quick glance at Centers for Disease Control data, you’ll notice that minorities in the United States are feeling the brunt of the effects.

“With COVID-19, it was so blatant that I think people in decision making positions could not ignore it,” said Dr. Brenda Robinson, a community activist in Albany.

That’s why Governor Andrew Cuomo had to talk about it in his live coronavirus updates last year, detailing how the disparity in the health care system was playing out at the state level.

“Let’s learn how and why the virus kills, especially why we have a higher fatality rate among African Americans and Latinos,” Cuomo said.

Dr. Robinson said the pandemic is just shedding a spotlight on this grim reality. She said when we look at any disease, Black and brown people almost have the worst outcome. The list of illnesses is endless, according to Dr. Robinson. They include hypertension, diabetes, mental illness, and even complications with pregnancy.

“We are two to three times more likely to die of pregnancy and childbirth than a white person. This is 2021,” Dr. Robinson said.

Dr. Gordon Holder, a dentist at Whitney Young Health Center in Albany, agrees. But he said the issue is quite complicated. He added that it’s more than just what many say is a result of systemic racism.

“In my opinion, they don’t understand the importance of seeking care when you wake up and something is not right,” Dr. Gordon said.

Some patients, according to Dr. Holder, tend to wait it out and hope the problem will go away on its own. A toothache, he said, could turn into a root canal without the proper treatment. But when things get worse, it might be too late to get the illness under control.

“Are there things that can be done to improve that? Yes. One is a national discourse,” said Dr. Holder.

To add to this complication, Dr. Robinson said that, historically, African Americans don’t trust the health care system. That’s why all of this can be a recipe for disaster.