Meet Andrew Whitworth, The Los Angeles Rams Nominee for Man of the Year

LOS ANGELES — One of the first things one notices about Los Angeles Rams offensive lineman Andrew Whitworth is his size. At 6 foot, 7 inches and 335 pounds, it's hard to miss him when he runs out of the tunnel or when he takes the field — it's why they call him Big Whit.

But if you ask those who know him off the field, such as Make-A-Wish Tri-Counties' Pattie Mullens, they'll often describe him differently.

"I remember the first time I met Andrew. I was surprised with how big he is," she said. "But he is a big man with an even bigger heart if you can imagine."

Because more than just one of the league's best offensive lineman, Whitworth is also one of the community's most involved. He currently serves as the chairman for the annual "L.A. Rams Night for Wishes."

"He takes every activity and opportunity to give back really seriously, and he goes all in," Mullens explained. "Whether it's for a wish or any member of our community, he treats them as if they're his own kids."

It's easy to see why the Rams have nominated the 15-year NFL veteran for the Walter Payton Man of the Year Award in three out of his four seasons with the team.

Community service, he says, it's all part of the job.

"I always tell people, if you find me businesses or people who work a job that gives more to their community, I'd love to see it," Whitworth said. "Because in professional sports, that's just part of being a professional athlete — making a difference in their communities."

Over the last four years, his contributions to the Southern California community have been immeasurable. From donations to the L.A. Regional Food Bank and other local businesses to funding STEAM labs at local elementary schools, Whitworth has made it a priority to wrap his arms around the community.

He doesn't do it for the glory though, Whitworth and his family believe service defines him.

"I have a little bit of an attitude of wanting to make a difference all the time and wanting to jump in at any cost necessary," he said. "But I have to fight Molly [Higgins] every year to stop selecting me."

Whitworth said he hates being "honored for stuff like that."

"I think at the end of the day, just being a good human being is what I expect of myself," he said.

Being a professional athlete and community service go hand in hand to Whitworth, and that's what the Walter Payton Man of the Year Award is all about.

On Saturday, he and 31 other NFL players will be honored. 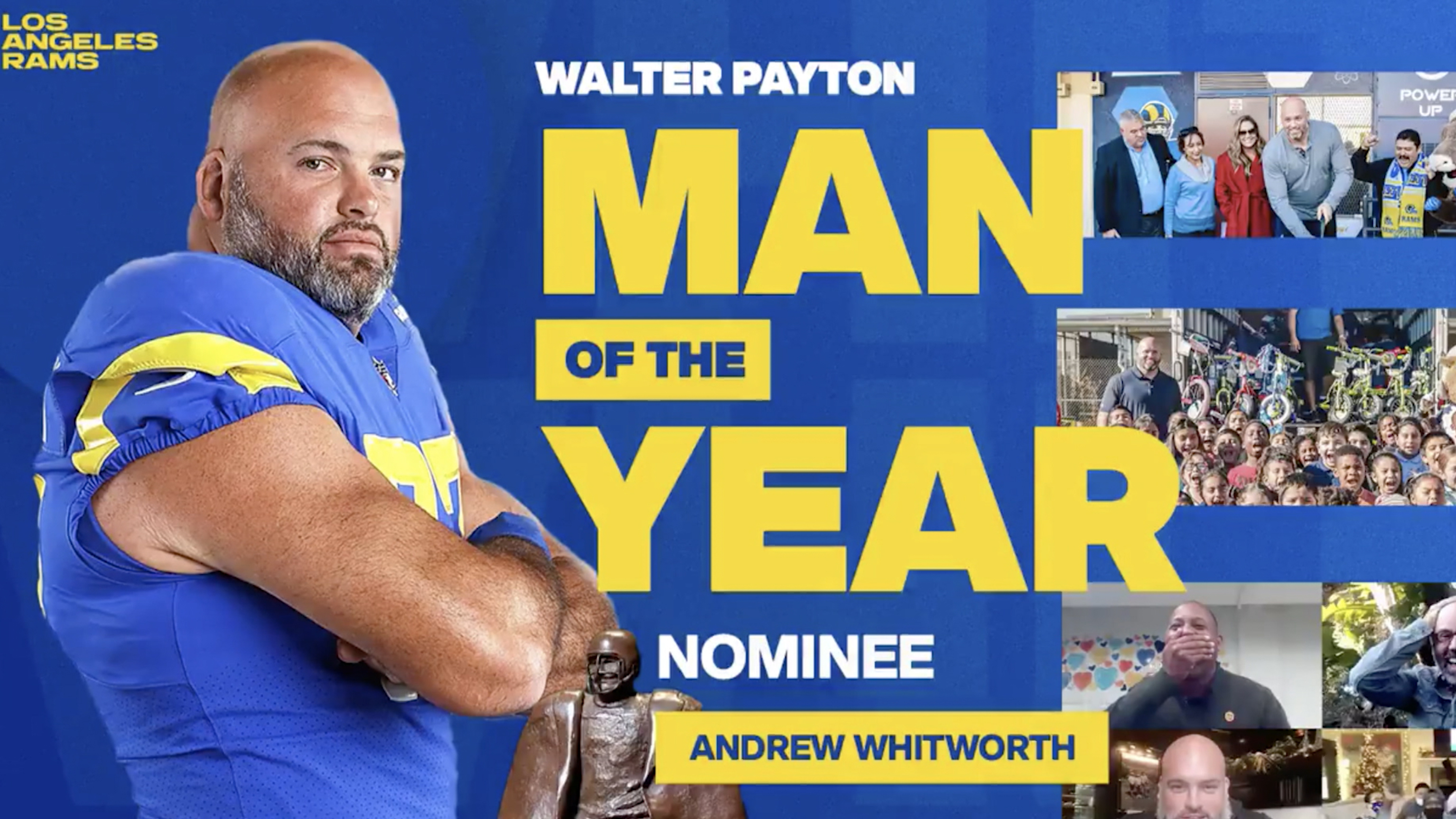