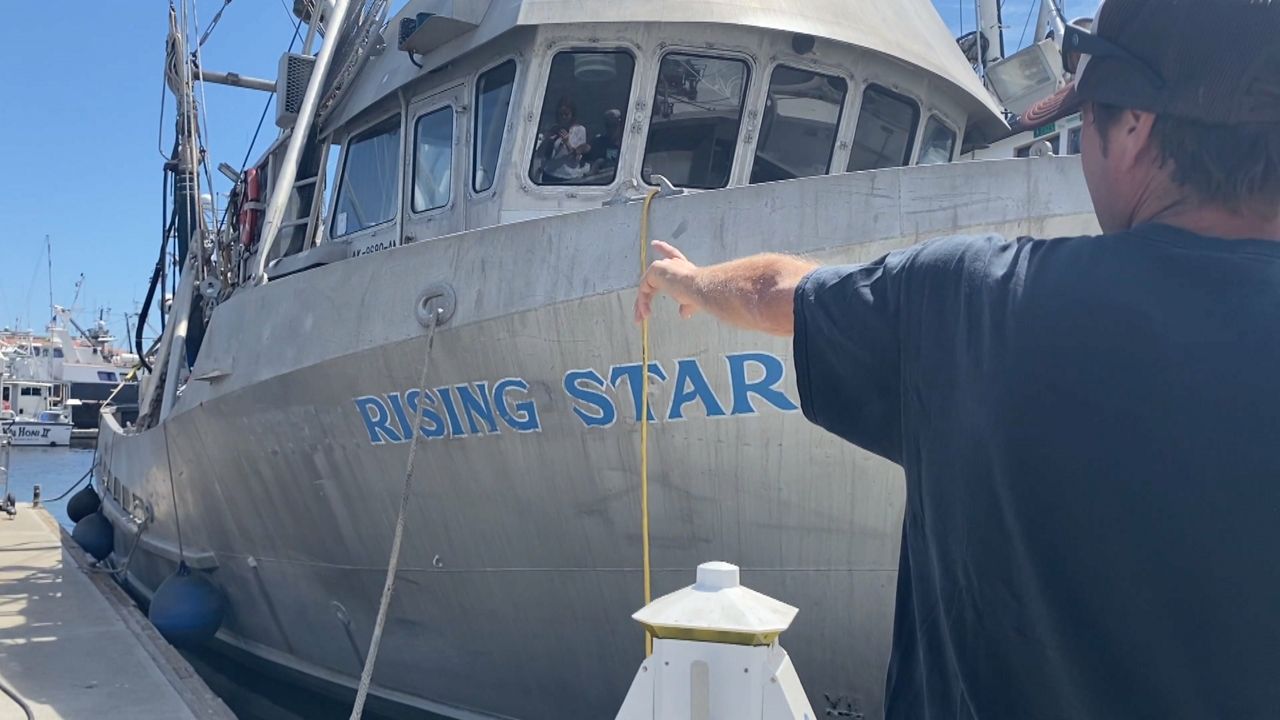 Sustainable fishing off the coast of SoCal

VENTURA, Calif. — For Ben Hyman, fishing along the California coast is a way of life.

He’s been a commercial fisherman for 25 years.


“I’ve always been addicted to fishing and loved fishing and grew up surfing, and for a lot of us, it’s just a natural evolution to start wanting to be on the boat and start fishing more,” Hyman said.

He opened his own business, the Wild Local Seafood Co., 25 years ago and focuses on selling locally caught seafood such as salmon, halibut, ahi, crab and much more.

Fish are deboned and filleted at their processing location and shop in Ventura. Hyman only sells seafood that’s caught using sustainable practices.

“As much as we can, we sell line caught fish. We also use trap caught fish, sustainable drag, the main emphasis with Wild Local, is using domestic USA caught fish and trying our best to get as local as possible.”

According to NOAA Fisheries, the agency that regulates commercial and recreational fisheries in the U.S., 70-80% of seafood consumed in the U.S. is imported from other countries, including China, Thailand, Canada, Indonesia and Ecuador.

While the seafood industry is highly regulated in the U.S., it’s difficult to monitor fishing practices in other countries. Illegal, unreported and unregulated fishing occurs across the world.

NOAA estimates that IUU costs coastal communities up to $23 billion and is threatening global supplies because of overfishing and unsustainable practices.

And while the economic impact on the fishing industry is great, Hyman said it’s also bad for the consumer.


Importing so much of our seafood can create a murky supply chain, said Sean Anderson, a professor of environmental science at California State University, Channel Islands. Anderson studies fishing practices and purchasing habits.

“As a consequence, there are many points in the seafood delivery chain where misinformation can accidentally or intentionally be introduced, so the person down the food chain at the market or restaurant, they’re just calling it halibut, or ‘fish tacos.’ If they cannot identify for you the species, that’s a huge red flag,” he said.

To Anderson, importing such high volumes of seafood from aboard undermines the work local fishermen and women do in California and across the U.S.

“We regularly regulate fish stocks in California, but then we import seafood from other countries where the rules are ... who knows?”

Despite the challenges he faces, Hyman said he’s seen real change in consumer awareness over the past 25 years.

“There’s a lot of direct marketing going on, which means a lot of fishermen making an attempt to get their fish, directly to the public.”

For Hyman, the goal is to both catch fish and seafood sustainably — and protect the habitat they call home.

“As I and other fishermen move forward, we’re always caring for and looking toward the future of our ocean.”