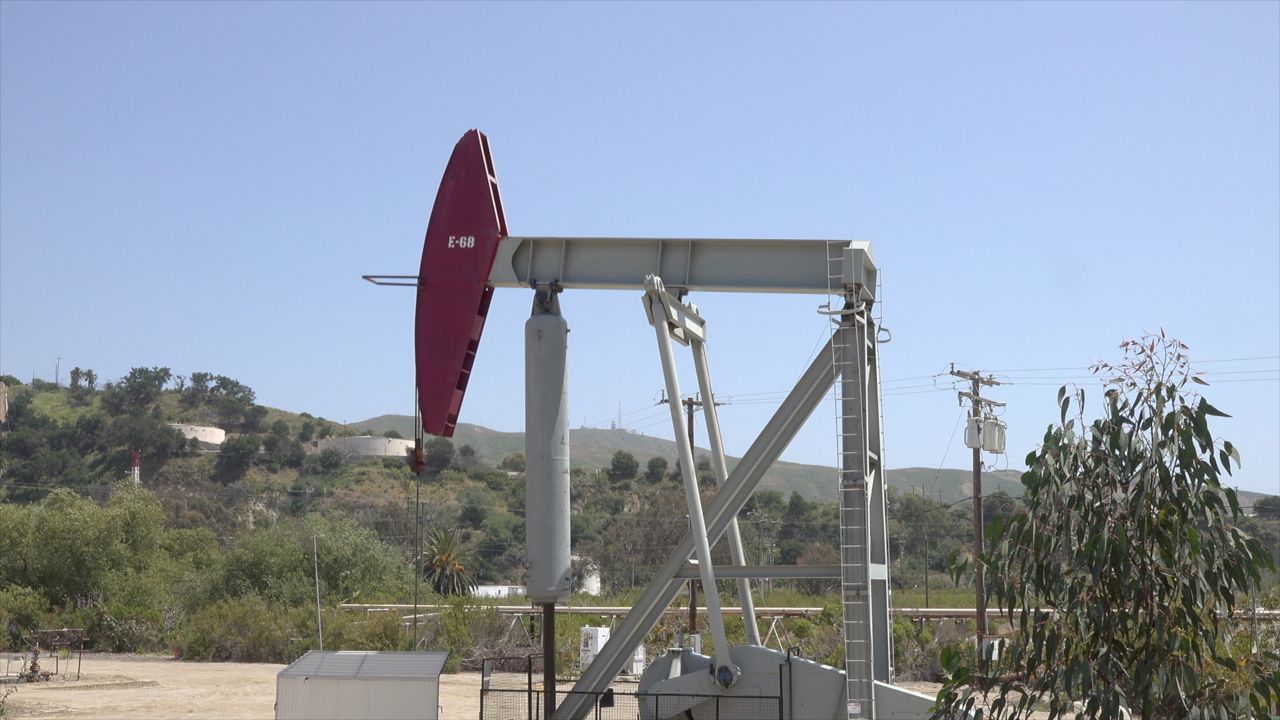 Oil companies are pumping money into a local campaign to keep oil and gas exploration and manufacturing operating as is.

Oil is symbolic in Ventura County.

In the very center of the official county seal is an illustration of an oil derrick. Companies have been drilling oil and gas in Ventura since just after the Civil War.

Some say Big Oil companies have forced twin measures “A” and “B” on the June ballot to make sure the industry stays front and center in the county. And oil companies are pumping lots of money into a local campaign to keep oil and gas exploration and manufacturing operating as is.

In 2020, the Ventura County Board of Supervisors passed two ordinances to take control of land use permits and environmental regulations of any new wells drilled or “deepened” in the county. A majority of the oil and gas wells in the county were permitted decades ago under old environmental rules. Any new wells drilled or deepened on land under these so-called “antiquated permits” did not have to measure up to modern environmental standards. Oil companies, however, dispute this.

Several oil companies forced measures “A” and “B” on the ballot to counteract each of the 2020 county ordinances. Voters will have a chance to either approve the original ordinances or to invalidate them.

A “yes” vote on both measures would uphold the twin county ordinances. A “no” vote would overturn those same ordinances. Both measures have identical language. But measure “A” pertains to oil and gas wells in coastal areas. Measure “B” covers inland wells.

However, campaigns on both sides of the issue are branding the vote as a single up-or-down on both measures in tandem.

Tomás Rebecchi runs the “Yes on Measures A & B” campaign. He says voting for the measures will cinch up a loophole that has allowed oil companies to seep through a regulatory gap and to avoid modern environmental standards.

“[We are making] all the oil companies play under the same rules,” said Rebecchi.

Rebecchi says, presently, there are two different standards under which oil companies can drill. Oil companies, he said, do not have to do an environmental impact study on land permitted under old environmental standards.

Ben Oakley, a spokesperson for the “No on A and B” campaign, disputes this categorically.

“There are not two sets of standards,” he said. “Let’s just be clear. Every oil well in this county operates under the same high standards.”

“This is an energy shutdown under the guise of environmental protections,” said Oakley.

“We are not shutting down the oil and gas industry,” he said. “We are just making it safer.”

In separate interviews with Spectrum News, Oakley and Rebecchi disagreed with each other on the ballot measures point by point. But political science professor Timothy Allison at California State University, Channel Islands, said the real issue isn’t oil gushing out of Ventura County, but the campaign money pouring in.

“Never before have we had outside organizations contributing $7 million to influence elections here in Ventura County,” said Allison.

According to the latest election filings, the world’s biggest oil companies have pumped $7.3 million into the “No on A and B” campaign. Most of these contributions have been funneled through Aera Energy, an LLC based in Bakersfield run by Shell and Exxon Mobil.

Chevron has also donated money to the “No” campaign. Election records show all donations came from residents or companies outside of Ventura County.

The “Yes on A and B” campaign has raised about $500 thousand, all from local citizens, but most of it from Patagonia, a Ventura-based clothing company which gave $450 thousand.

On the oil-sponsored “No” side, Oakley downplays the amount of money donated from outside the county.

“There’s so much interest in the money that’s being raised on the campaign,” said Oakley. “Let’s talk about what’s at stake. There’s (sic) 2000 jobs on the line here.”

Allison says both sides of the issue are politicking. But he worries the truth may get buried under piles of campaign money and mixed messaging.

“And it’s gonna be incredibly confusing to figure out who’s telling the truth,” said Allison. “Money will influence information.”

It may be not about who is telling the truth, but who is “selling” it. The “No” campaign has more money to put “No” into the minds of voters and on their chests. At the “No on Measure A and B” campaign headquarters, Oakley shows off campaign t-shirts, as well as hundreds of road signs and a table full of glossy brochures.

“And we have the ubiquitous trucker hats,” said Oakley with a grin, pointing to a hat emblazoned with a “No” logo.

A few blocks from Oakley’s office, at the much smaller “Yes on A and B” campaign headquarters, Rebecchi’s cupboards are bare. Aside from some pamphlets paid for by Patagonia, he had no “Yes” t-shirts or hats. All he has are hand-drawn “Yes on A & B” signs, though they are waiting for road signs to come back from the printer.

“It’s a ‘David-and-Goliath’ battle, we’re not gonna lie about it,” said Rebecchi.