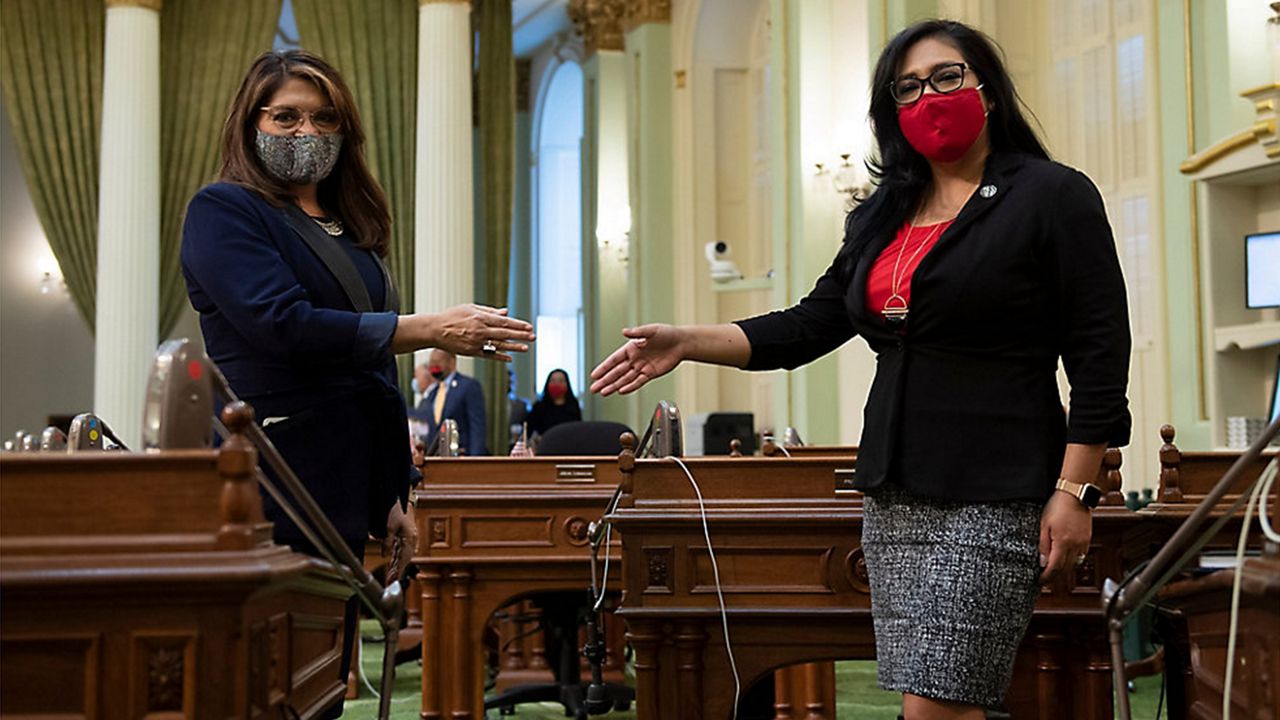 SACRAMENTO, Calif. — California’s largest amusement parks have been shut down since the start of the pandemic, and despite a strong push by elected officials and industry leaders to reopen, Gov. Gavin Newsom’s plan does not allow theme parks to open their doors until counties reach the least restrictive yellow tier.

Two Southern California lawmakers are attempting to get theme parks operating again sooner with Assembly Bill 420. If passed, the bill would modify the state’s guidelines to allow large amusement parks, like Disneyland and Six Flags Magic Mountain, to reopen in the orange tier.

Assemblywoman Sharon Quirk-Silva, D-Fullerton, who represents the district where Disneyland and Knott's Berry Farm are located, believes it’s time to give theme parks a chance to reopen now that vaccinations are underway and COVID-19 cases are decreasing throughout the state.

“I’ve spoken to many families in Downtown Disney in particular who’ve said we feel safer here than going to big box retail and malls,” Quirk-Silva added.

Today, I visited #downtowndisney with my family. As we walked into the downtown district, we had our temperature taken and saw the enforcement of mask wearing.
Ultimately, if we can allow guests to walk, dine, & shop, it is time we consider reopening our parks. #reopen #caleg pic.twitter.com/bJvFZHZpll

The Democratic lawmaker is the chair of the Arts, Entertainment and Tourism Committee in the Assembly. Quirk-Silva’s bill, AB 420, would provide a pathway to safely reopen Disneyland to patrons.

“That’s their business – to move people safely. They know how to do this. That’s what they do every day as their parks are open. And they’d also be opening in a limited capacity, meaning 25% and initially with only Orange County residents,” Quirk-Silva explained.

She’s proposing for parks the size of Disneyland to be in the same category as smaller amusement parks, which are currently allowed to open in the orange tier.

Quirk-Silva says data shows there have been no signs of any coronavirus outbreaks at reopened theme parks in other parts of the country.

“We are watching carefully what other states are doing. We certainly don’t want to move forward any type of legislation that could in fact be the cause of a super spreader, but we know that the data is clear,” Quirk-Silva said.

She co-authored AB 420 and says the bipartisan legislation is needed to jumpstart the economy in her community, which is home to Six Flags Magic Mountain.

“Santa Clarita Valley and the city of Santa Clarita at the beginning of this pandemic, was the 17th largest hit city in terms of unemployment in the nation, so it’s really impacted the jobs, the revenue, and the economic well-being of my community,” Martinez Valladares said.

She explains she knows firsthand how important safety is in the theme park industry.

“My first job was actually at Six Flags Magic Mountain when I was 16 years old. It wasn’t a typical summer job for me, I was there for eight years, so I intimately and intricately understand the operations of a theme park,” Martinez Valladares added.

The newly elected GOP lawmaker says she’s eager to get to work in Sacramento and hopes Gov. Newsom will change the state’s guidelines by signing the bill.

“Theme parks can do it. Masks are still going to have to be worn. There will be social distancing. There will be tickets sold in advance,” Martinez Valladares said.

She and Quirk-Silva hope their colleagues and the governor will support their efforts and bring people back into these places where the economy has been hit the hardest.