LANCASTER, Calif. – Analyzing a liquid for its acidity, is probably not something most people would expect to see inside a winery, but that is exactly what DiMaggio Washington is doing.

He saays “it can actually get pretty geekish” and it is what he loves most. Before Washington was a wine maker in the Antelope Valley, he was an Aerospace Engineer.

“So, it’s not just crush grapes and make wine, there’s a certain amount of science behind it, I think being able to continue that practice even though it’s not necessarily electrical engineering, it’s still a form of science, a form of engineering that you’re literally trying to engineer the best wines you can get,” Washington said.

Once he retired from engineering, Washington dove head first into making wine, learning everything he could about the process, the regions where it is grown, and its history.

Washington loves to share his knowledge. Beyond the winery he co-owns, Thief and Barrel, Washington teaches wine studies at the College of the Canyons. He even created the wine studies curriculum at the college.

So it was no surprise to anyone that knows Washington that when he opened up Thief and Barrel winery two years ago in Lancaster with his two business partners that he made education a major part of the winery.

“The goal is we feel that if we can get enough of the public educated they would have a much greater appreciation for what we are doing,” says Washington.

When you walk in to Thief and Barrel you will find screens with wine quizzes and they regularly take visitors on a tour, showing them the wine making process.

Perhaps the biggest lesson taught at the winery is about the award-winning wines being grown and produced in the Antelope Valley. 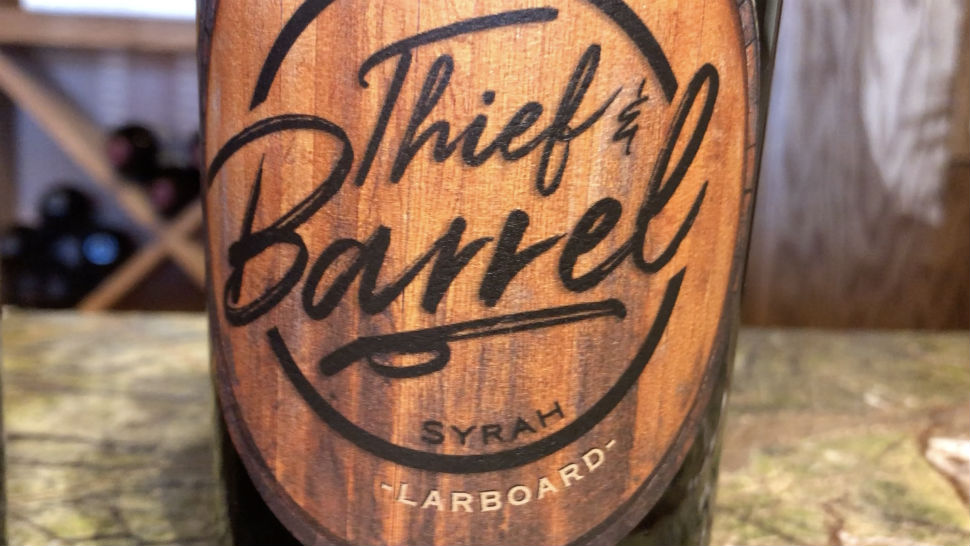