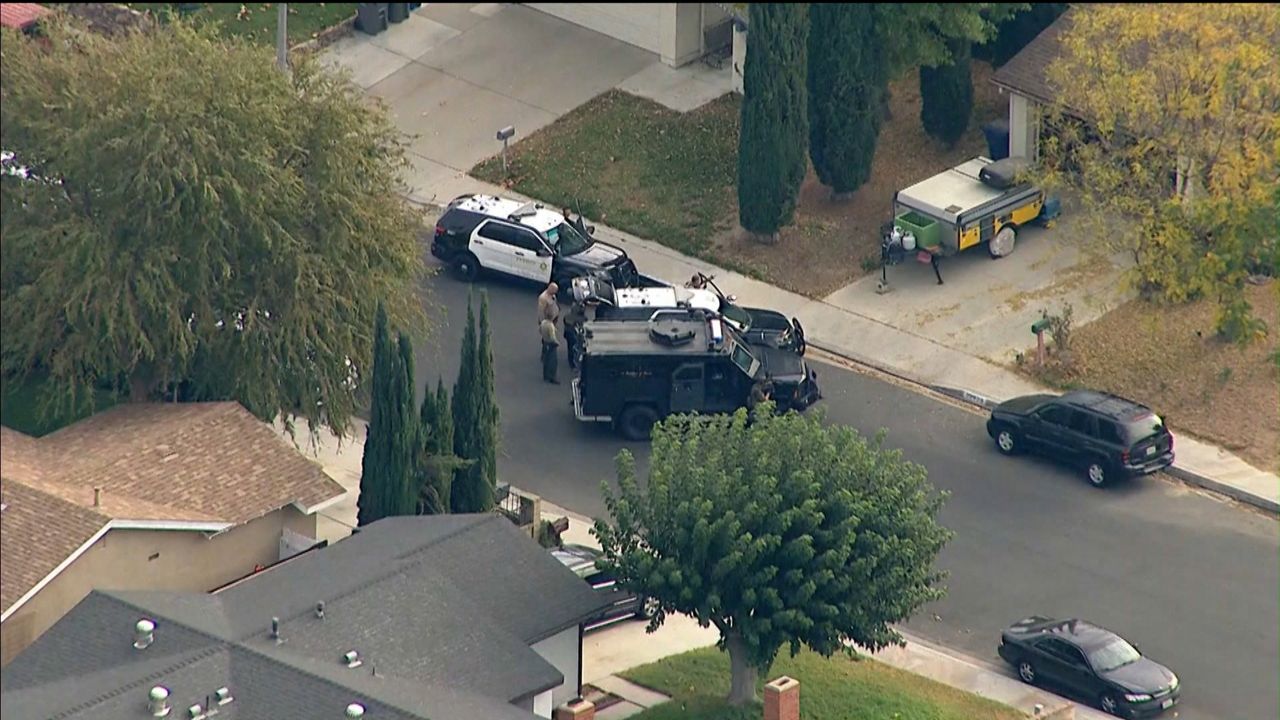 SANTA CLARITA, Calif. – The suspect in the shooting at Saugus High School in Santa Clarita on Thursday died at 3:32 p.m. on Friday, according to the Los Angeles Count Sheriff's Department.

Nathaniel Tennosuke Berhow, a 16-year-old junior at the school, was in the hospital being treated for a self-inflicted gunshot wound to the head when he succumbed to his injuries.

His mother was present at the time of his passing.

The moment a 16-year-old gunman opened fire on the school's quad shortly after 7:30am was all captured on school security footage.

"The video clearly showed the suspect in the quad withdraw a handgun from his backpack, shoot and wound five people and then shoot himself in the head," said Capt. Kent Wegener of the Los Angeles County Sheriff's Department.

Investigators say that suspect lived on Sycamore Creek Drive about a mile and a half away from the high school.

"He was just to himself a lot," said Ryan, a former friend of the suspected shooter who didn't share a last name. "My sister thought he was odd because he didn't talk that much."

Ryan said the suspect’s father passed away about two years ago. He added that when they were friends he was under the impression the family had guns at home.

"The father used to make his own bullets," Ryan said.

"The weapon we recovered at the scene. it’s a .45 caliber semi automatic pistol which had no more rounds in it," said Capt. Wegener.

Those gunshots were heard by Saugus High School sophomore Alexa Funk who lives near the same neighborhood as the suspected shooter and had to barricade herself in a classroom with other students.

"I remember texting my dad saying, 'I love you... if anything happens just know that I love you,'" Alexa said. "It was terrifying because I didn’t know where my friends were or if anyone was OK.”

As authorities dig into the suspected shooter’s background and his digital footprint, another community joins the long list of mass shootings and wonders if it will ever end.