THOUSAND OAKS, Calif. – There is no easy way to prepare for disaster like a wildfire.

Ventura County Fire Chief Mark Lorenzen says they have learned a lot from past wildfires, which allowed them to be in position, poised, and ready for the Easy Fire in an unprecedented way.

After the 2017 Thomas Fire, the state created a program of Pre-Positioning. In advance of the Easy Fire they saw that there were significant winds coming and before it blew into the Simi Valley area, the fire department and joint divisions got resources in place and ready to go.

“So when the fire occurred, not only did we have additional resources here in the county, but so did LA County and LA City and Kern County. Santa Barbara County. And that meant that everybody, including our partner agencies could send us more resources more quickly than normal. So that was the significant success that we had was getting so many resources here so much quicker than we used to,” said Lorenzen. 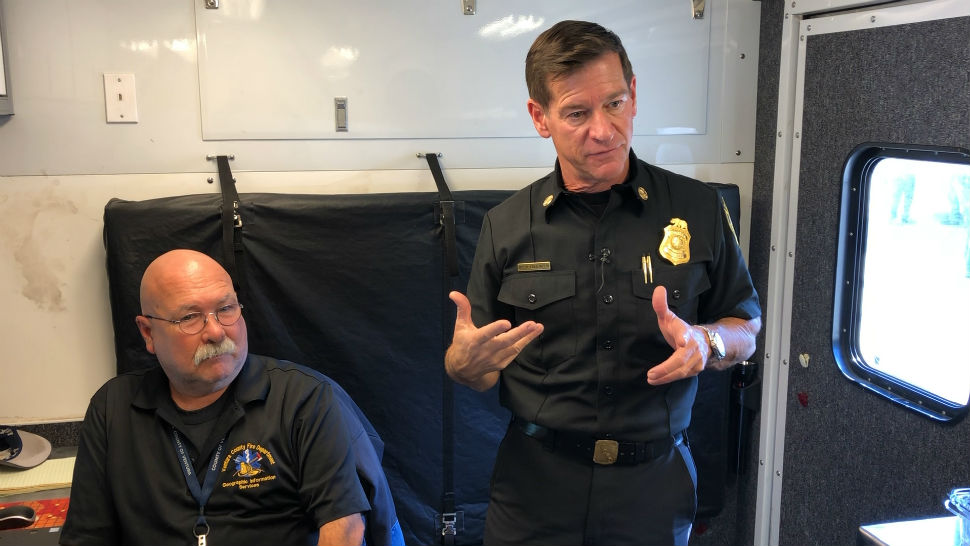 With more than 1,000 firefighters under his management, being able to track all of them is a challenge. A high tech dispatch system has allowed them to be more efficient. New technology helps them to tackle the fire on the ground and from the air.

With real time infrared, the tools helps them get a perimeter of the fire. Fire crews could see through the smoke and get the information to fire ground commanders in real time. The real-time mapping directs the firefighters to the most important hotspots.

“It's critical that we put those limited resources right where they're needed at the right time. So that's something new,” said Lorenzen.

Another important element was the fire department’s defensible space program.

“As you can see in the hills behind me a lot of our homes about right up against the brush and we have a really good 100 foot defensible space requirement that we mandate compliance with. That's a really critical component of our success here in Ventura County, is that partnership with the community,” said Lorenzen.

The chief says all of this comes down to people helping people.

“I think probably some of my proudest moments aren't just the success we had on this fire, but it's just watching neighbor helping neighbor both in the communities. And then again with our brothers and sisters in fire departments from surrounding counties that just respond at a moment's notice to come out, help out their neighbors just like we would for them. That's what makes our system so resilient,” said Lorenzen.

That resilience is truly what helps communities come back from disasters.