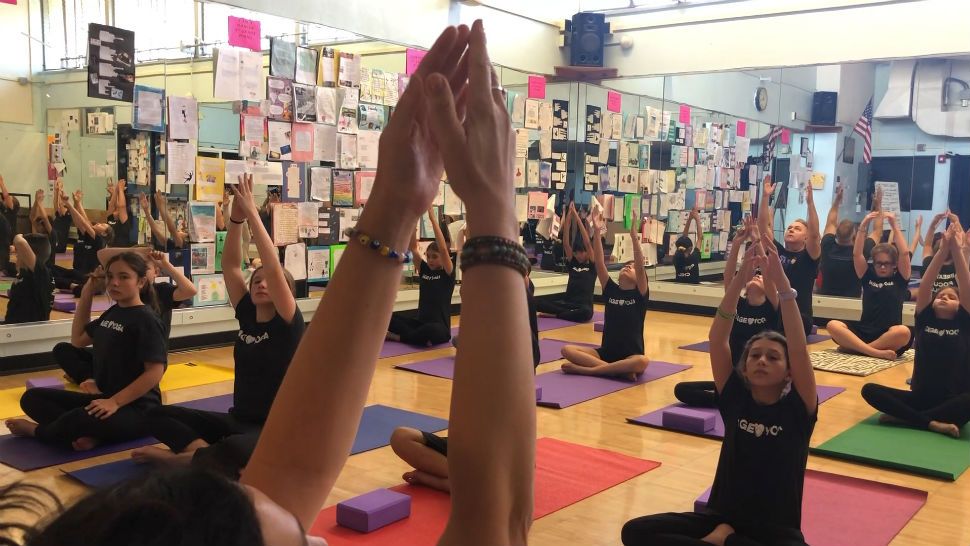 B) Get ready for math class

C) All of the above

For Alexa Hernandez, the answer is C.

“Well, we have math after so it makes it, like, really easy," Hernandez said. "Like we have yoga and it calms us down and then we go to math which for me is the hardest subject.”

Hernandez is a student at SAGE, the new Social and Gender Equity Magnet located at Millikan Middle School, where kindness and inclusion are part of the core curriculum. Here, students are learning to think critically, question stereotypes, and use their voices.

“It’s important that they find their voice regardless of gender, LGBT status, skin color," said Joseph Porter who created the curriculum. "It doesn’t matter.  You all have a voice and you are all entitled to use it.”

The school, he says, has a robust Pride Club that attracts LGBTQ students and their allies. Porter says the principal noticed the positive environment it generated.

“And he said at that time, how do we build on this?  How do we make this something more,” said Porter.

It took two years to bring SAGE from concept to classroom, but here it is in practice -- a first for the Los Angeles Unified School District and believed to be the first of its kind in the nation.

The focus is on gender and social issues woven through what is otherwise a standard curriculum.

“Are they helpless?  Are they like, oh help me,” a teacher asks the class during a discussion about gender stereotypes in Disney films.

Porter explained how they also incorporate the inclusive lessons into science.

“Part of the state standards is that you study climate change.  At the same time though, in SAGE you’ll also be talking about Greta Thunberg, the teen activist who has found her voice and she’s igniting protests around the world,” said Porter.

He says the whole point is to give students the license and freedom to explore who they are without the world telling them who they should be. Something he wishes he had had when he was their age.

“It’s a very personal thing for me," Porter said. "I lived through a lot of these things as a little boy, feeling restricted because of gender stereotypes. So it just resonates on a bunch of different levels for me.”

As for Hernandez, she is no longer nervous about speaking up.

“If I see something I don’t like, obviously I’m going to say something,” said Hernandez. “Everyone should be treated equally. No matter what their race is or what their gender is, I think everyone deserves equality.”

For more information on how to enroll in one of LAUSD's more than 300 magnet programs, click here. 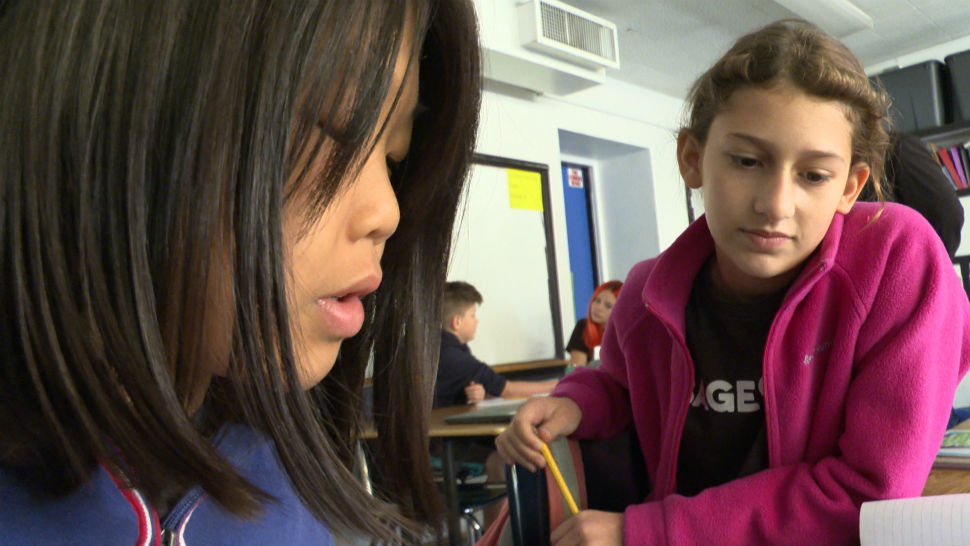